THREE of Border Force’s five clippers are out of action instead of patrolling the Channel for small boat migrants, Trending In The News can reveal..

THREE of Border Force’s five clippers are out of action instead of patrolling the Channel for small boat migrants, Trending In The News can reveal.

Flagship HMC Protector as well as HMC Valiant and HMC Seeker are holed up on the Suffolk coast – to the bafflement of locals.

Border Force’s HMC Protector, Valiant and Seeker are all holed up on the Suffolk coast 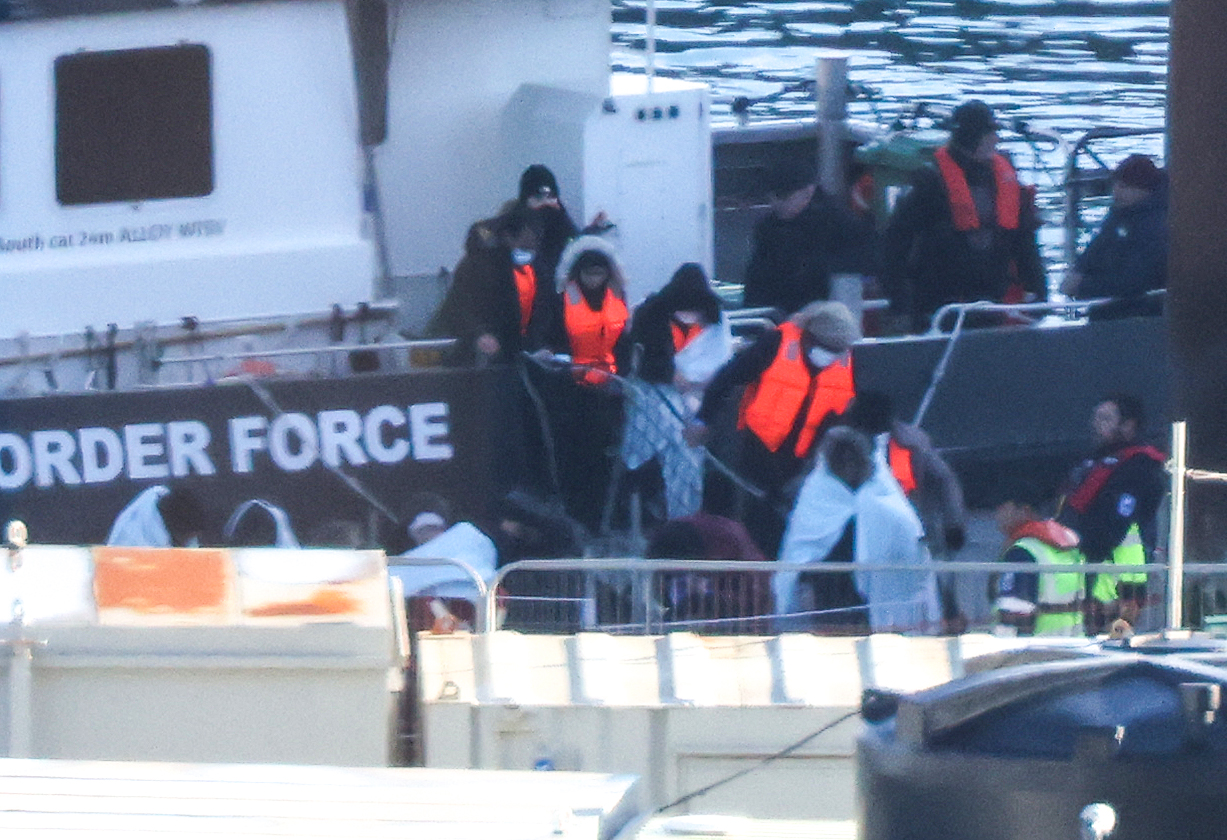 “They detect prohibited and restricted goods, and prevent tax fraud, by searching all types of vessels.”

But in reality most of them are currently parked up in the Port of Lowestoft undergoing repairs.

The Home Office admit the boats are all out of service – with 150 small boat migrants landing in Kent already in 2023.

Ships Valiant, Protector and Seeker were moored up across the river from an Asda car park last week in full view of stunned shoppers.

All boats appeared to be under repair by SMS – a nautical repair form – raising questions over how all THREE required refitting at the same time.

Workers could be seen carrying out repairs as families questioned why the boats weren’t patrolling the seas.

One Asda shopper said: “The North Sea is full of problems so how can they have three of their five ships here at the same time.

“It’s just giving a green light to the people smugglers isn’t it? They’ll be having a field day.

“Two ships can’t do the rest of the coastline on their own.”

Border Force’s flagship vessel, HMC Protector, appears to have been languishing “in storage” since last summer.

Tender papers show a £112,000 maintenance re-certification must “be undertaken in the following geographic area; the ABP port of Lowestoft. HMC Protector is currently in Storage here”.

Marine radar records show the vital ship – equipped with specialist equipment for fishing stricken migrants from the sea – appears not to have moved since it arrived at the port in July 2022.

It was launched to great fanfare by then Home Secretary Theresa May in 2014.

After years beset with issues the ship is due an overhaul with new gearboxes and engine mounts to be installed and new waterproof seals fitted to all hatches.

A public contract published by the Home Office last week shows that sister ship HMC Seeker was due a massive maintenance overhaul which will see the vessel out of action for a month.

The entire ship is being repainted and all onboard safety equipment tested in a project worth almost £4,000-a-day.

The ship’s electrical systems, fire suppression and water systems are overdue maintenance and elsewhere in the ship 12 separate pieces of equipment will be replaced after being found faulty.

It will see the vessel refurbished and upgraded from bow to stern over a 14 week period.

Exact details are being kept under wraps as the bidding documents are likely to contain precise specifications for sensitive communications equipment and technical capabilities.

A Home Office spokesperson insisted: “Our utmost priority is protecting the safety of the public, the maintenance of Border Force’s vessels is managed throughout the year to ensure that this does not impact on our operational effectiveness.”

They declined to comment on why three clippers were out of action at the same time.