More than half of kids being taught woke ideas like ‘white privilege’ at school, report reveals

MORE than half of kids are being taught woke ideas like “white privilege” and “unconscious bias” in schools, a shock study reveals.It has left many..

MORE than half of kids are being taught woke ideas like “white privilege” and “unconscious bias” in schools, a shock study reveals.

It has left many too afraid to speak their mind on controversial topics for fear of being shamed or even expelled, the landmark research warns. 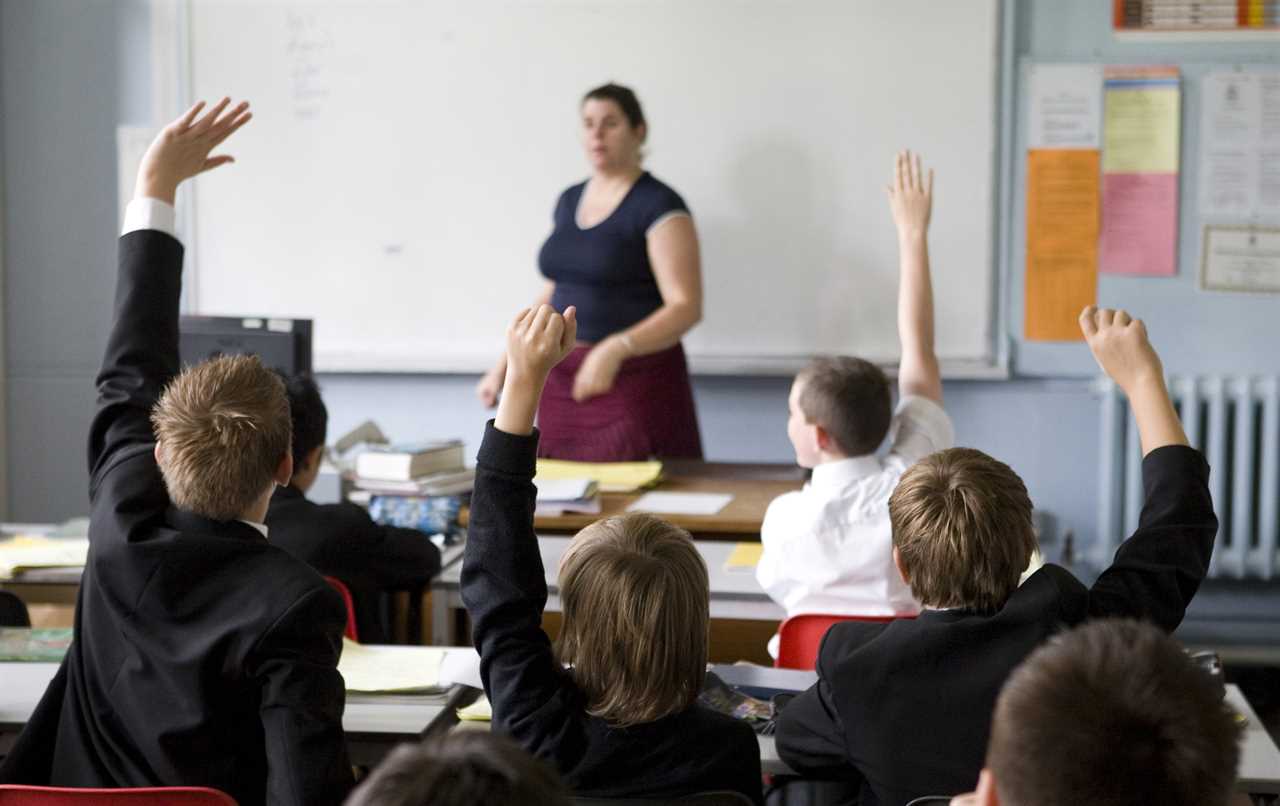 More than half of kids are being taught woke ideas, a report claims

Regulators are now being urged to crack down on political bias in class to stop pupils being brainwashed by teachers.

Some 59 per cent of school leavers have been taught about woke concepts like “systemic racism”, and 73 per cent about the patriarchy and the notion there are many genders.

And 40 per cent of those affected say they are scared to express an opinion that could see them scolded, the polling for the Policy Exchange think tank shows.

The “disturbing” report also finds that while a majority of Brits reject wokism by two to one, the ideology is gaining increasing traction among youngsters.

Most 18-24 year-olds think kids should be taught that Britain was “founded on racism and remains structurally racist today”.

Dr Samir Shah CBE, a member of the Government’s race commission, said: “Views which remain on the fringe in society as a whole, are held by a significant number, or even a majority, by voters in this age category.

“But what makes the survey disturbing is that these new attitudes challenge the very foundations of liberal thought: free speech, tolerance, debate, and democracy.”