LABOUR has taken a 33-point poll lead over the Tories following the mini Budget, one shock poll suggested yesterday.Sir Keir Starmer’s party is on 54 ..

LABOUR has taken a 33-point poll lead over the Tories following the mini Budget, one shock poll suggested yesterday.

Sir Keir Starmer’s party is on 54 per cent with PM Liz Truss’s Tories on 21 per cent. 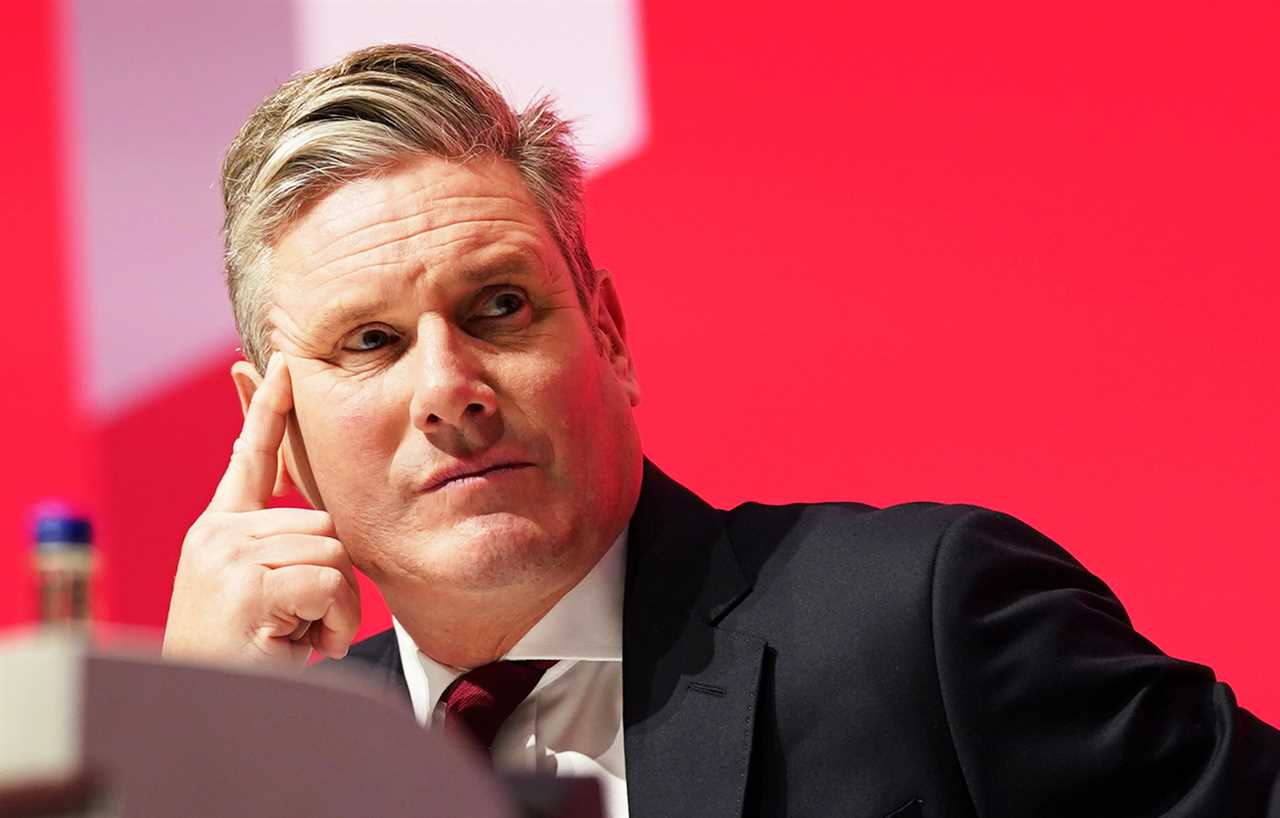 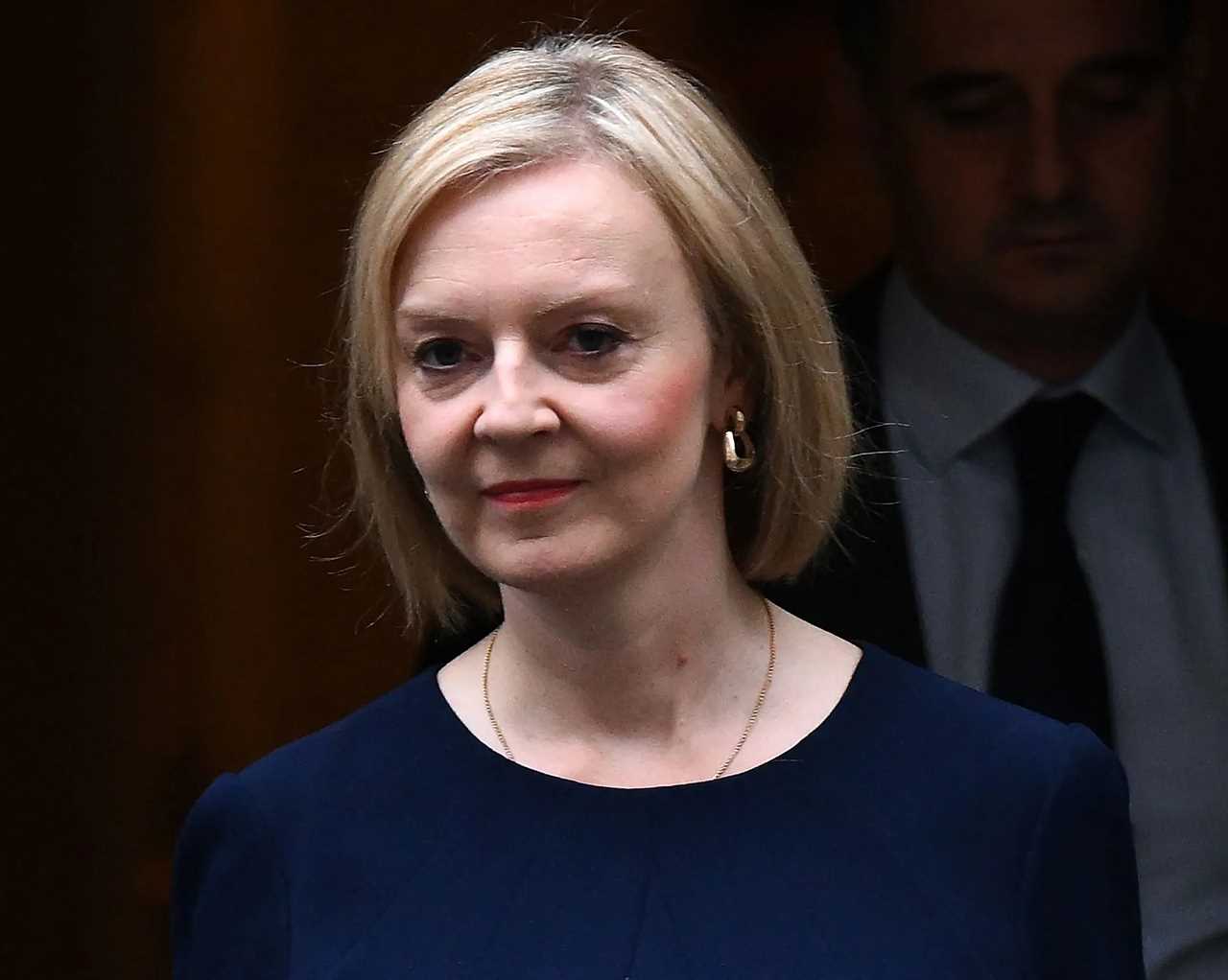 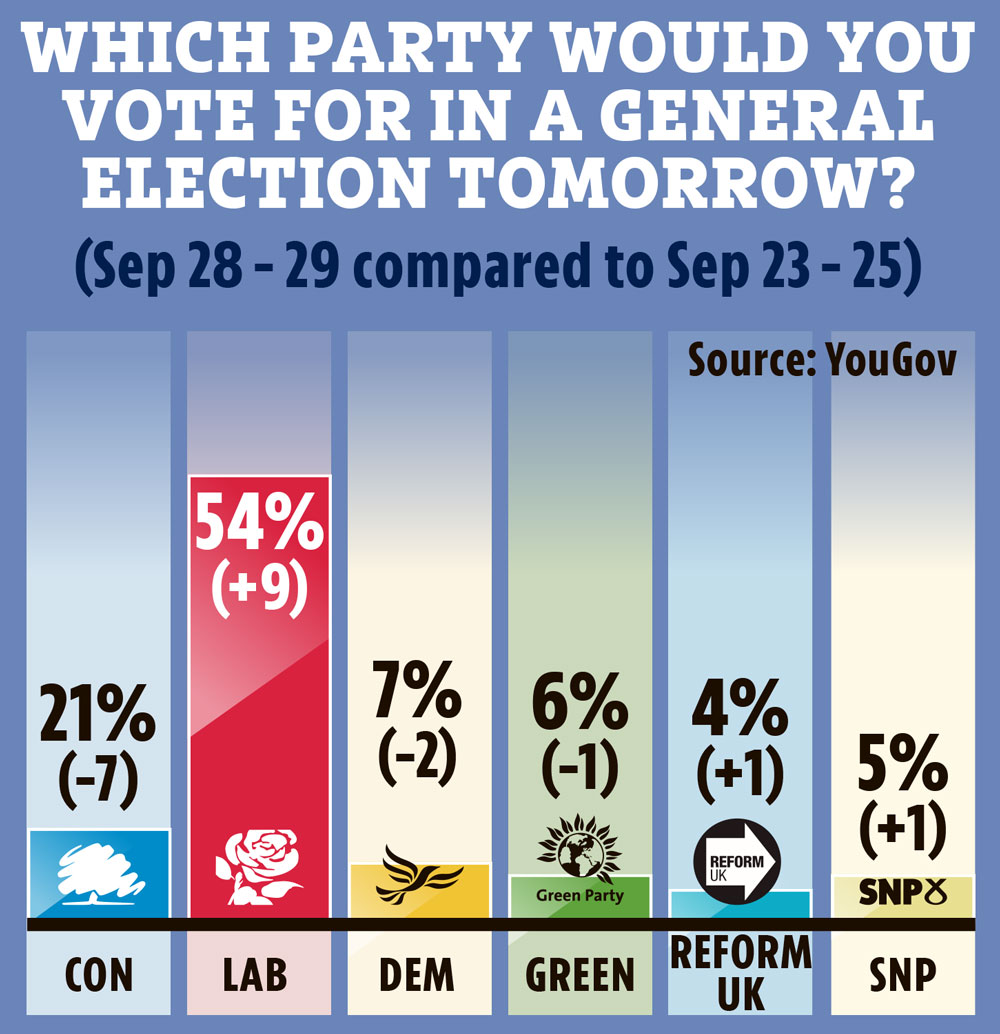 However other polls have given Labour a much smaller lead

Mr Starmer was picked as best candidate for No10 by 44 per cent compared to 15 points for current incumbent Ms Truss, the YouGov poll found.

But the findings were last night played down by senior Tories after Ms Truss staged a fightback ahead of the Tory Party conference.

And other polls gave Labour a much smaller lead.

Deltapoll UK had them 19 points ahead, Survation 21 points, and Redfield & Wilton just 17 points.

One Tory told Trending In The News: “This is just one poll putting them way ahead so must be treated with caution.”

Voters were polled as the pound tumbled against the dollar.

Money market turmoil has rocked the Government since last Friday’s announcement of £45billion of tax cuts and the abolition of the 45p high earner top rate.

The Bank of England intervened to buy up government debt to prevent pensions being put at risk.

Homeowners face seeing mortgages rise sharply as they come off fixed-rate deals and lenders withdraw products from the market.

Both the PM and Chancellor Kwasi Kwarteng have yet to convince the public their tax-cutting, big borrowing strategy will work.

Panicking Tories fear a ­Labour landslide at the next general election, comparable to 1997 when Tony Blair enjoyed a 179 seat majority.

One Tory MP said: “It’s not a good start to crash the economy within days.