SIR Keir Starmer’s claims not to have broken Covid rules were in tatters last night after he was forced to change his story about drinking beer..

SIR Keir Starmer’s claims not to have broken Covid rules were in tatters last night after he was forced to change his story about drinking beer indoors during lockdown.

Exactly a year ago today, the Labour boss was snapped sinking a cold one alongside Angela Rayner and a gaggle of campaigners in an office in Durham. 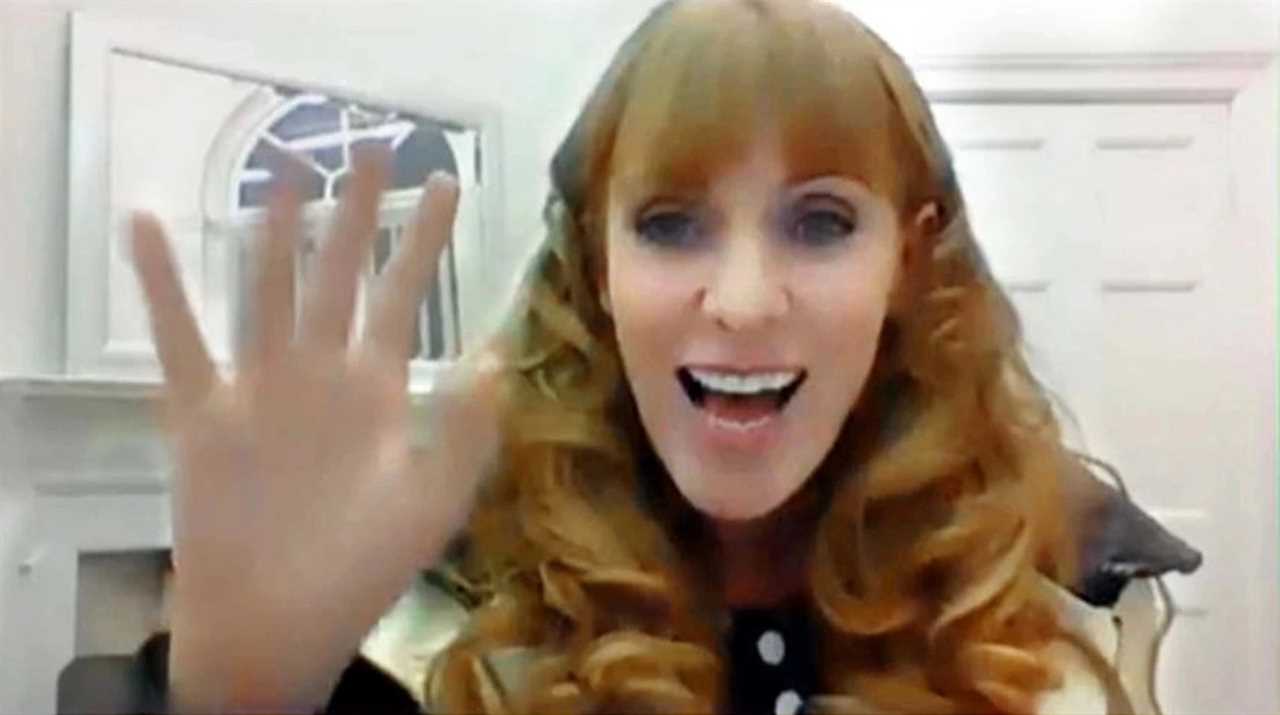 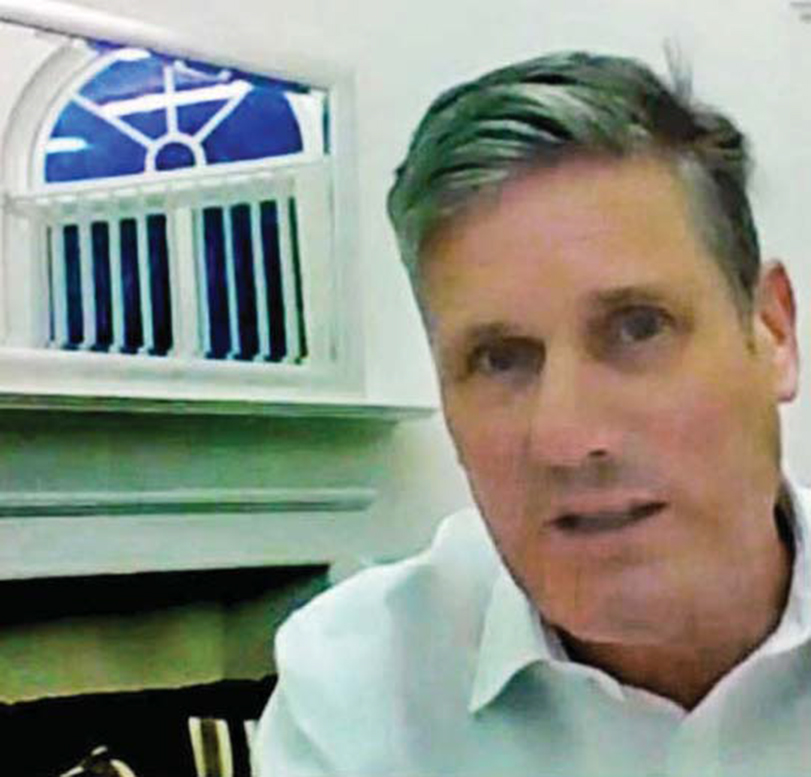 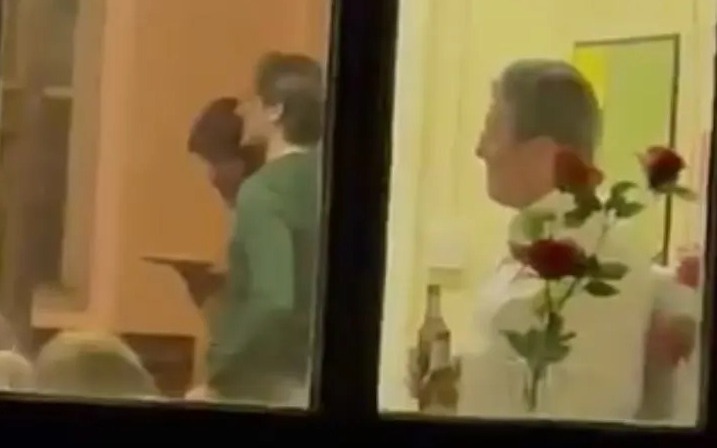 But for three months the party had officially denied the deputy leader was at the controversial event — heaping fresh pressure on police to reopen inquiries.

Yesterday the squirming Labour leader U-turned, meekly claiming: “Whether Angela Rayner was there or not makes no difference.”

Yet indoor mixing with those outside your household was banned at the time.

And why did they lie? 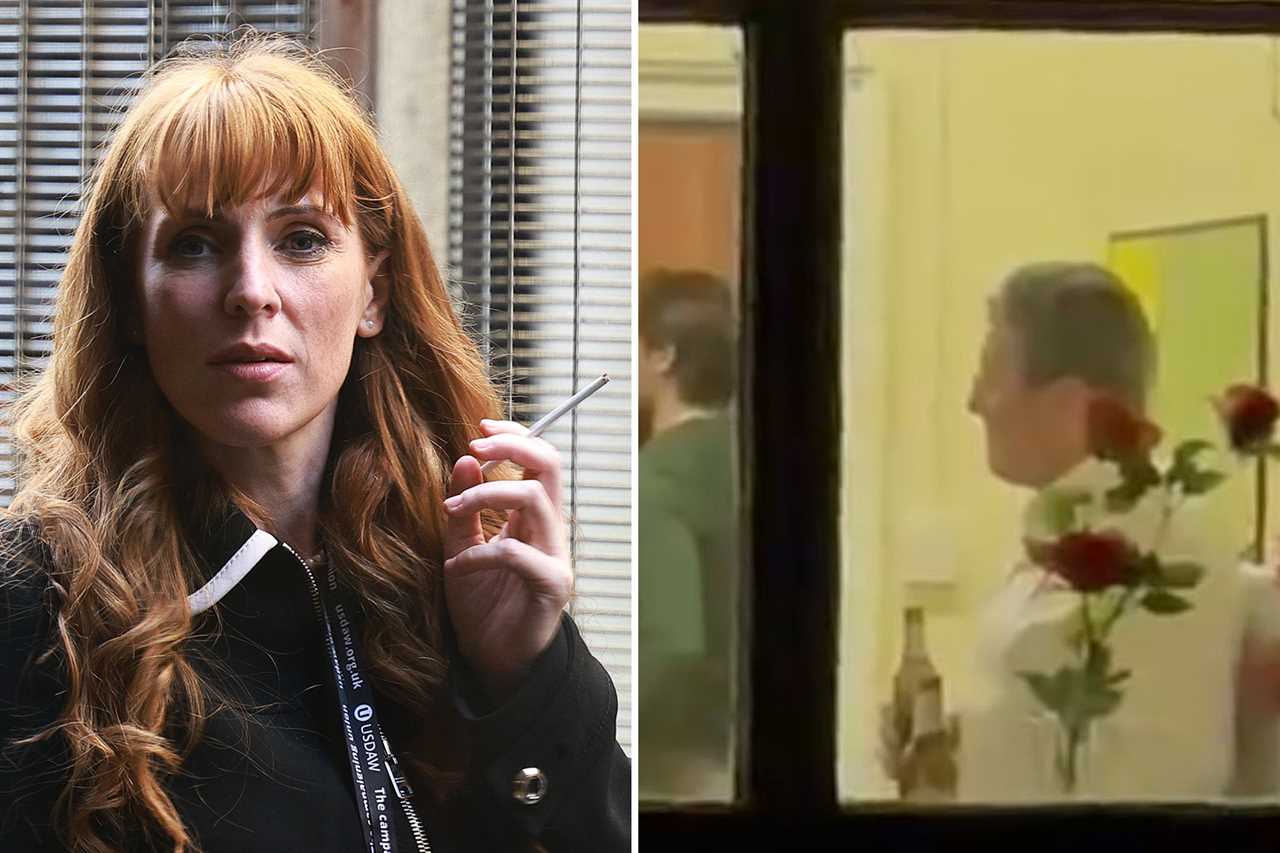 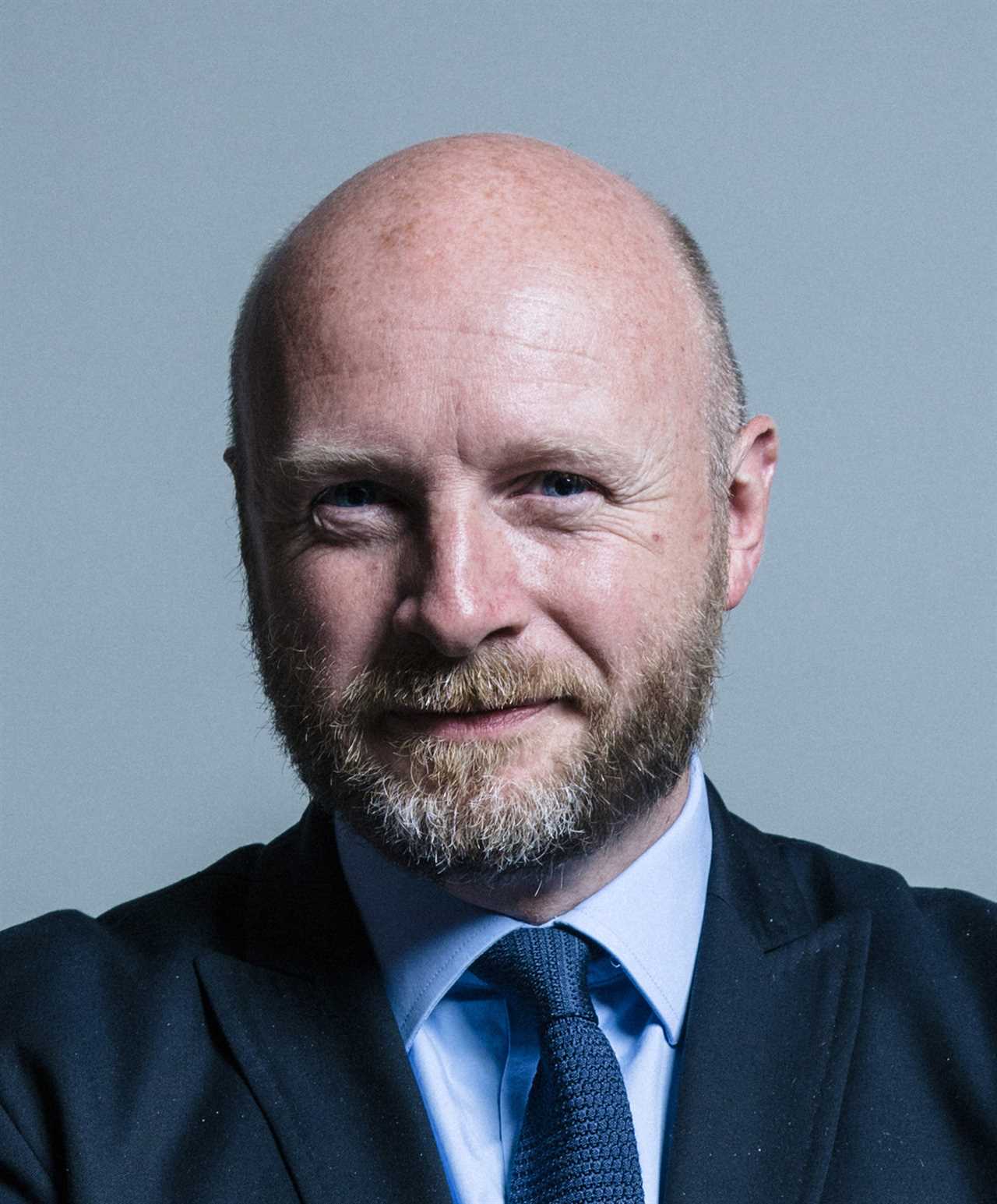 Many people will say such a seemingly minor infraction of the regulations does not warrant a fine or even a question from the police.

But Sir Keir has never been one of those people — he says any breaking of the rules makes a politician “totally unfit to govern”.

Ever since Boris Johnson was slapped with a £50 fixed penalty notice three weeks ago, the Labour boss has been clear that any tiny infringement of Covid rules was a resigning issue.

By the way he has banged on about Partygate for months now, voters would be forgiven for thinking Labour considered it a hanging offence.

Yet when caught red handed himself, Sir Keir said there was “no comparison to be made” to No10 rule breaking — but the evidence suggests otherwise and there’s more than a whiff of hypocrisy.

Durham police are currently refusing to reopen their investigation — but today respected former officers say that is unfair.

Ex-Met detective chief inspector Mick Neville told Trending In The News: “In my view, the law should be applied equally and ‘without fear or favour’ as the police oath demands.

“What makes it even worse is that Sir Keir is a senior lawyer and so can’t even claim that he misunderstood the law.

“And he demanded even more lockdowns and restrictions on our freedoms. Sir Keir should know better than anyone that we are all equal under the law.

“Durham police should therefore pursue his case with the same vigour shown by their Met colleagues investigating Partygate in Whitehall.”

The Culture Secretary Nadine Dorries said: “Keir Starmer has used every trick in the book to attack the PM over his handling of events in No10, yet he doesn’t want to be held to the same standard the PM has subjected himself to.

“He’s a hypocrite who should fess up to what really happened in Durham and explain why he thinks it’s any different to the hyperbole he levelled at the PM.”

And the evidence for the cops could not be clearer, because the video showed Sir Keir drinking a beer indoors following a day’s campaigning.

So what really happened that day?

On April 30, 2021, the then 58-year-old politician took the train to Durham to campaign in local elections which were being held a week later.

At this time Covid restrictions were back in place following a surge in infections and people were not allowed to gather indoors with anyone from outside their bubble unless it was for work purposes.

Sir Keir supported these restrictions and even argued lockdowns were not stringent enough.

Politicians from all parties were out campaigning, but were expected to maintain social distancing wherever possible.

In the afternoon an unmasked Starmer walked up the staircase of Durham Miners’ Hall, which is home to local Labour Party offices, as part of a campaign video.

A few hours later he appeared in a Zoom video to rally support for his campaign.

He told the 16,000 people watching online he was taking on a “Conservative Party that’s up to its neck in sleaze”.

Shortly afterwards Angela Rayner was seen in the same room, using the same digital platform to deliver a similar message.

By late evening Starmer was relaxing in the office of Durham Labour MP Mary Foy, alongside at least three other people.

There is one beer bottle on the window sill, another in his hand, two party members eating pizza in the background and Foy gesticulating wildly.

When he was asked in January about his lockdown drinking, Starmer employed a similar “work event” defence to the one given by Johnson after details about booze-ups in 10 Downing Street emerged. Starmer claimed: “We were working in the office.

“We stopped for something to eat and then we carried on working. No party, no breach of the rules and absolutely no comparison with the Prime Minister.”

He said that due to local restaurants being closed, party members had to get a take-out.

One mystery is who was sitting by the window while Starmer was supping from the bottle.

The suspicion is that the person, who appears to have reddish hair, could be Rayner.

Her attendance indoors at Miners’ Hall earlier in the day was only established by the emergence of the Zoom videos.

Prior to their discovery a party press officer had insisted she wasn’t there.

The emergence of these key details could lead Durham police to take another look at the case.

In February the force announced they would not be issuing a fixed penalty notice to Starmer because their investigation did not reveal any lockdown laws had been broken.

But apparently they only examined the video of the Labour leader drinking, which had been taken from outside, rather than speaking to everyone who had been present.

That contrasts with the far more rigorous approach of London’s Metropolitan police.

They have sent questionnaires to everyone accused of attending numerous parties in No10 Downing Street.

A spokesman for Durham police said on Thursday: “Earlier this year, Durham Constabulary undertook a review of video footage recorded in Durham on April 30, 2021.

“We have since received a number of further communications relating to this matter and will now consider the contents of those communications and respond in due course.

“For clarity, Durham Constabulary is not currently investigating this incident.”

But why not? Labour officials are not saying how long the work event in Foy’s Durham office lasted or how many people were present.

This is key evidence which the local constabulary needs to reach a conclusion.

While the Met police have not said why they issued a £50 fixed penalty to the Prime Minister for his nine-minute-long “birthday party” it does appear to be because non-work colleagues were there — including his wife Carrie.

If non-workers were at Starmer’s gathering he would also be in trouble.

It seems the whole affair is getting under the skin of the Labour Party.

Durham MP Foy has sent a written apology to Conservative MP Richard Holden, after berating him in the House of Commons on Tuesday night.

Holden had called on the police to reopen the case and it is alleged she was upset about his intervention.

He said: “Mary has apologised for her totally unacceptable, drunken behaviour on the terrace and I want to leave it at that.”

Labour said last night: “There is simply no comparison between standing in a kitchen having something to eat between meetings, with multiple, flagrant rule-breaking drinks parties at the heart of Government, dismissed by lies at the despatch box and resulting in an apology to the Queen.”

The problem with all these claims and counter claims is that there do seem to have been genuine grey areas about the extent to which co-workers could relax and enjoy themselves during the ever changing lockdown laws.

But Starmer has been unwilling to cut the Prime Minister any slack.

And now he could find himself taking a fall from that high moral ground. 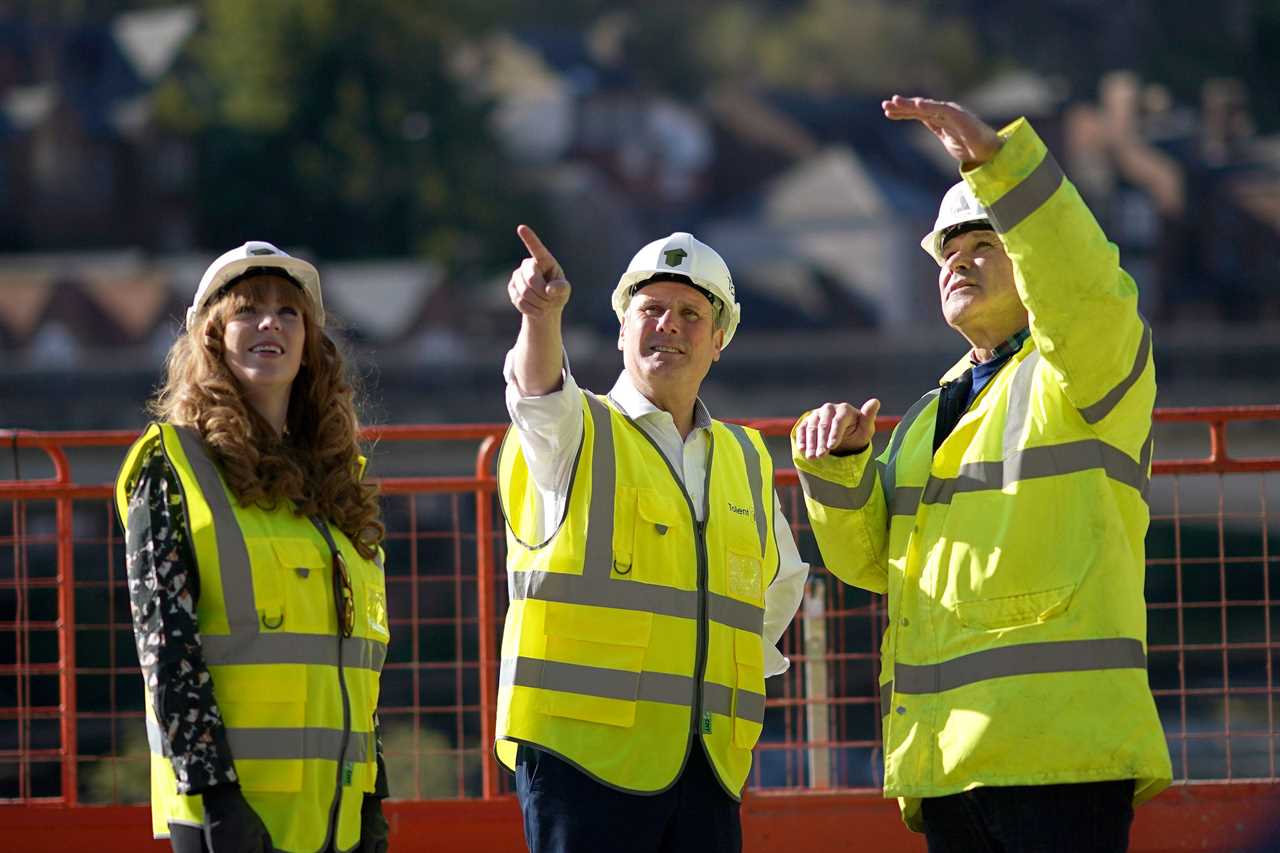 Sir Keir and Angela Rayner in Durham the next day