The PM pledged 800 more British made NLAW rocket launchers which have been making mincemeat of Russian tank columns. 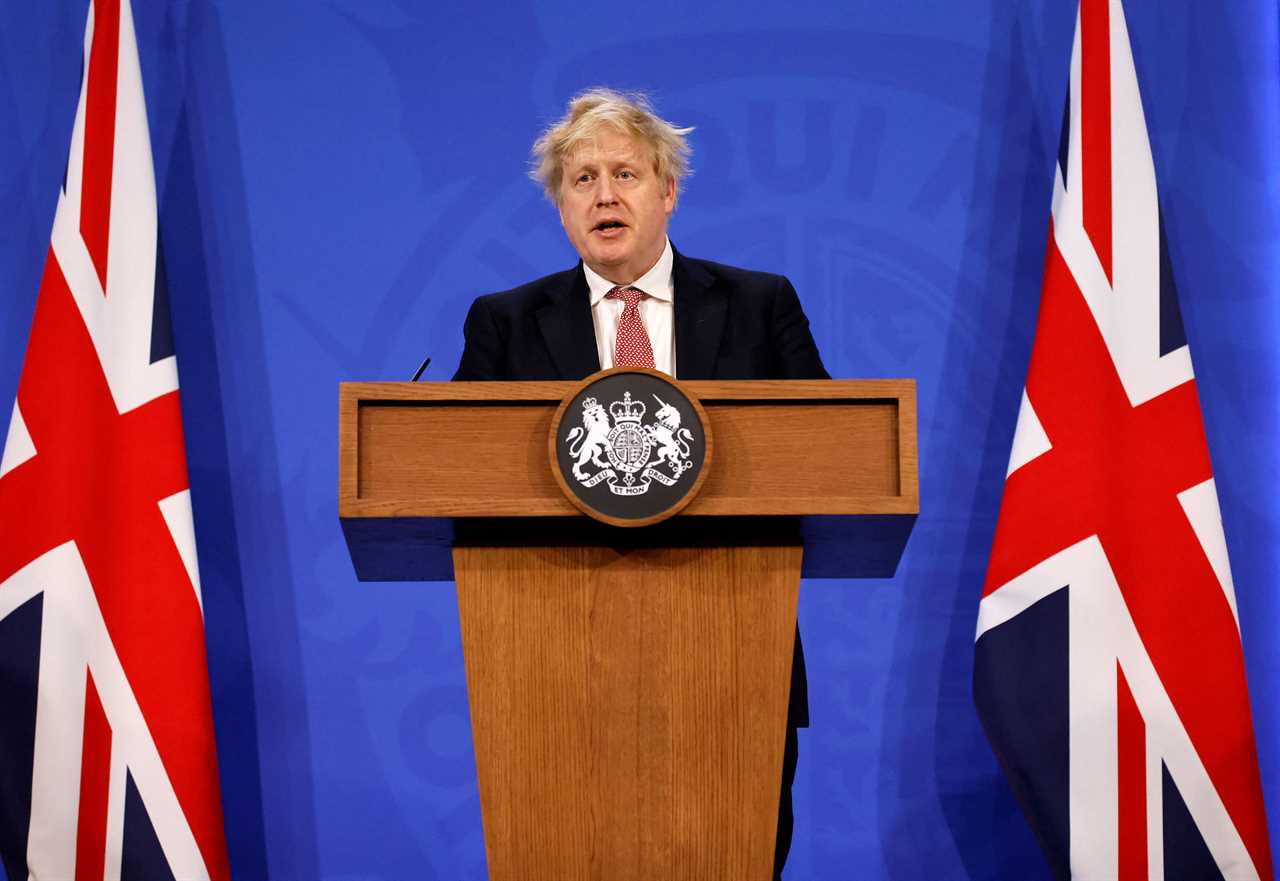 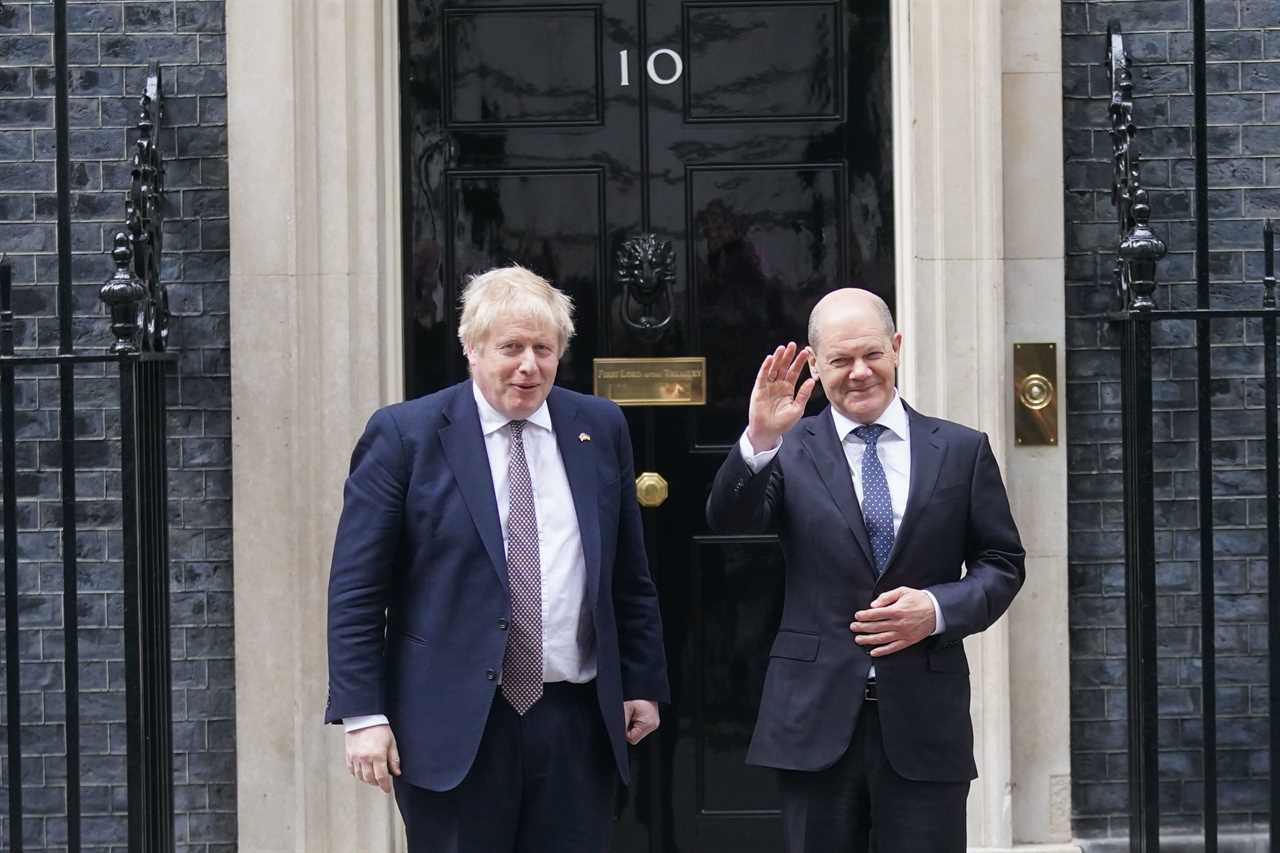 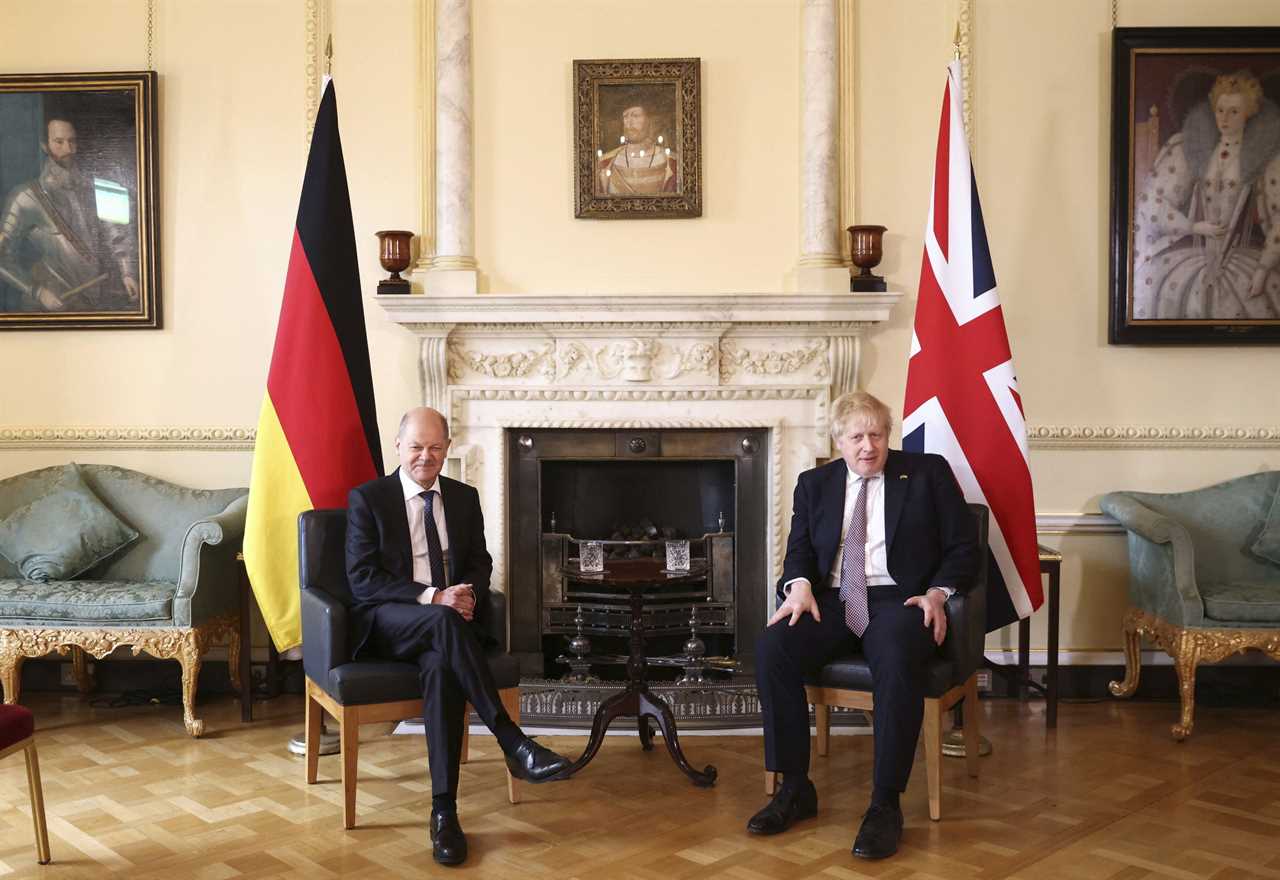 The pair discussed the war in Ukraine

And the UK will provide extra equipment for Ukrainian troops like helmets, night vision goggles, and body armour.

Boris said the new aid will add an extra £100 million of kit on top of what has already been supplied in the first seven weeks of the war.

It will result in an added 2.5 million pieces of kit for Kyiv’s armed forces, ranging from lethal weapons to rations and medical supplies.

The PM also revealed that there will be a joint meeting of the UK and German cabinets later this year in a show of solidarity.

He appeared at the podium with Mr Scholz after holding Downing St talks on Europe’s response to the war in Ukraine.

Boris wants the EU to whack more Russian banks and cut off energy payments that are funding Moscow’s war effort.

Berlin has been resisting calls from countries like Poland and the Baltics for tougher sanctions.

It fears the economic fallout from closing the gas taps, with inflation rampant and businesses struggling.

Yesterday it succeeded in watering down a new EU embargo on Russian coal which will now only come into force in mid-August.

The EU has paid €35bn to Russia for energy since the start of the war compared to the €1bn it has given Ukraine in weapons.

Berlin has also been reluctant to approve arms shipments to Ukraine over fears of antagonising Putin.

At the start of the war it drew scorn from Kyiv for sending 5,000 helmets to the front-line.

It did later reverse a ban on lethal arms sales and is now handing over Panzerfaust 3 missile launchers.

But today the German government ruled out sending tanks to Ukraine, saying it needs them for its own defence.

Their talks came with Ukrainian forces pushing Russian troops back in many parts of the country.

There are now hopes they could retake the southern city of Kherson, which was seized by Moscow at the start of the conflict, within days.

As the Kremlin’s forces retreat they are leaving behind horrendous evidence of war crimes including mass executions of civilians.

In many areas the Russians have had to pull out swiftly meaning they didn’t have time to cover up their barbarism.

This morning Moscow killed at least 50 innocent civilians when it launched a missile strike on a railway station.

Those who lost their lives were among thousands waiting to board evacuation trains from Kramatorsk in the east of Ukraine.