Netflix has been an amazing innovator and an extravagant spender. And if you forget that it borrowed billions to finance two decades of exponential.. 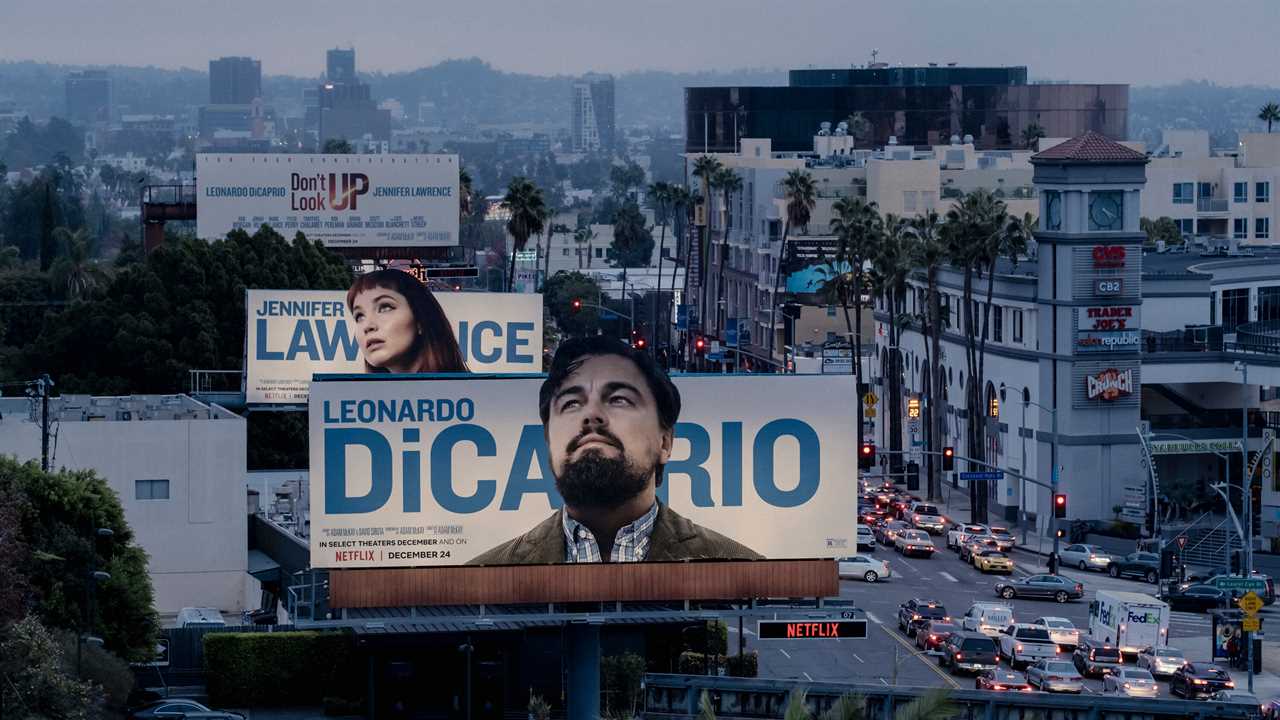 Netflix has been an amazing innovator and an extravagant spender. And if you forget that it borrowed billions to finance two decades of exponential growth, the company would be a resounding success.

I said essentially that four years ago, warning that while Netflix’s streaming videos were a boon for consumers, the company was a risky bet for investors. Back in those prepandemic days, shares of Netflix and other tech companies were soaring. But given the competition that Netflix was beginning to face, and the debt it was accumulating, it seemed inevitable that the company’s stock would plummet if it ever had trouble adding subscribers.

Now that time has come.

It is earnings season on Wall Street, the quarterly stretch when big publicly traded companies, including tech giants like Apple, Amazon, Facebook (which calls itself Meta), Alphabet (which owns Google) and Microsoft trot out numbers that tell stock analysts and investors how these companies have been doing.

When the market is rising, and when companies have upbeat stories to tell, these narratives have often prompted further surges in stock prices that were already defying gravity. Now, though, the market has been falling, battered by red-hot inflation, rising interest rates, Russia’s war on Ukraine, a lingering pandemic and lockdowns in China. Companies that have run into problems are being punished severely.

Netflix, the worst performer in the S&P 500 this year, is being treated more harshly than nearly any other. In their latest earnings call on April 19, Netflix executives revealed not only that they had failed to reach the growth target that they had set for themselves, but said that subscriptions for the first quarter of 2022 had actually fallen. In the company’s home base of North America, they suggested for the first time that Netflix has saturated the market for subscribers and will need to use other levers to increase revenue.

The stock market reacted with a vengeance. Netflix shares have fallen about 40 percent since then and 70 percent from their peak last November.

But Netflix is hardly alone. All major tech company shares are down for the year. That’s even true for Apple, which reported earnings on Thursday that exceeded Wall Street expectations. Investors in Amazon, which on Thursday reported its first quarterly loss since 2015, took big losses in the market afterward. Alphabet said growth in advertising on YouTube and in Google searches had slowed, and its stock then lost ground.

Other tech companies have had better experiences. Meta (a.k.a. Facebook) revealed that its advertising revenue grew at the slowest pace since its founding in 2004. But its profit beat analysts’ estimates, and its stock was up for the week. So were Microsoft shares after the company reported robust growth in profits and revenues.

Netflix, though, finds itself in an especially vulnerable position. Along with companies like Peloton, Etsy and Zoom that provided services and entertainment particularly suited to lives led in comfortable isolation indoors, Netflix was a highflier through much of the pandemic, only to lose altitude in the current environment.

As recently as Jan. 20, Netflix sent investors an exultant quarterly letter: “We achieved several milestones in 2021: we had the biggest TV show of the year (“Squid Game”), our two biggest film releases of all time (“Red Notice” and “Don’t Look Up”) and Netflix was the most Emmy-winning and most nominated TV network and the most Oscar-winning and nominated movie studio of 2021.”

The Race to Rule Streaming TV

The discussion of its business was equally upbeat. Annual revenue rose 19 percent, operating profit leaped 35 percent and, most important, given Netflix’s longtime focus on subscriber growth, the company finished the year with 222 million paid subscribers, with an increase of 8.3 million in the fourth quarter. “Even in a world of uncertainty and increasing competition, we’re optimistic about our long-term growth prospects as streaming supplants linear entertainment around the world,” the letter said.

The tone in the current quarter could not have been more different.

“Our revenue growth has slowed considerably as our results and forecast below show,” the April 19 letter to shareholders began. The company disclosed for the first time that those 222 million paying customers were sharing their passwords with roughly 100 million other households.

It added: “Our relatively high household penetration, when including the large number of households sharing accounts combined with competition, is creating revenue growth headwinds. The big Covid boost to streaming obscured the picture until recently.”

The company said it is working on ways of “monetizing,” or charging, those free riders. It also said for the first time that it intends to add advertising for price-sensitive subscribers, a cardinal change in approach.

These measures may squeeze more revenue from customers, even as growth in its subscriber base slows. But for MoffettNathanson, a market analysis firm that is skeptical of the Netflix’s business model, these revelations confirmed that the Netflix “product has hit maturity in key markets,” notably, the United States and Canada. In a research note on April 20, MoffettNathanson said that in the past, “at almost every single impasse they have faced before, the company found a way to safely maneuver before hitting the wall.” But, the firm said, “This time it feels different.”

While Reed Hastings, the chairman and co-founder of Netflix, said in a recorded presentation on April 19 that the company would get through these hard times, he acknowledged that it needed to think differently. “Those who follow Netflix know that I’ve been against the complexity of advertising and a big fan of the simplicity of subscription,” he said, in something of an understatement. “But as much I’m a fan of that, I’m a bigger fan of consumer choice, and allowing consumers who would like to have a lower price and are advertising tolerant get what they want makes a lot of sense. So that’s something we’re looking at now. We’re trying to figure out over the next year or two.”

Several years ago, he claimed that Netflix’s most formidable adversary was “sleep.” The company offered so much binge-worthy entertainment that people were giving up sleep to watch it. “We’re winning!” he said then.

Netflix is no longer winning. Services like YouTube, Hulu, Amazon Prime, Disney Plus, ESPN+, Apple TV+, Paramount+ and Peacock are coming on strong. “Really we’ve got great competition,” he said on April 19. “They’ve got some very good shows and films out, and what we’ve got to do is take it up a notch.”

Throwing money at the problem is no longer the answer, however. Netflix also acknowledged that, with its growth slowing, it needed to “moderate” its spending. It must do so if it is to create sufficient cash flow to carry its $14.6 billion debt load. The combination of mounting debt and insufficient cash flow was what I warned about in 2018. Now, the company’s balance sheet is in better shape. It retired $700 million in debt in the last quarter. And it says it intends to pay for operations, capital expenditures and debt costs from money it generates itself, making it “free cash flow positive” for an entire calendar year for the first time.

Moody’s rated its debt as below investment grade, or “junk,” while S&P moved it up to investment grade last year. The company is likely to be “volatile,” Moody’s said on April 21, adding that it expects the company to be disciplined in its use of cash.

Netflix had been buoying its own stock by buying back shares, but said that because of its cash flow constraints, it has not done so this year. This past week, it began laying off employees.

Netflix’s hard times don’t in any way suggest that its great commercial innovation, first-class streaming entertainment, is in any danger. If anything, more is on the way, much of it coming from competitors, and that’s great for consumers.

But Netflix’s experience does underline the danger in investing in companies simply because they are growing at exponential rates. At some point, the growth will falter. And when that happens, the crucial question is: Are these companies making enough money to justify the price that shareholders are paying? That ugly question can be avoided for long periods. But at moments like this one — with economic prospects shaky and interest rates rising — the vulnerability of growth companies becomes evident.

The situation for Netflix isn’t dire. It has faced obstacles many times since it started in 1997 as a DVD-by-mail service. It may well manage to get out of this predicament.

For investors in Netflix, it’s been a wild ride. Some traders have made fortunes in Netflix stock by selling at the right time.

But consider that since Oct. 26, 2018, when I pointed out some of the pitfalls involved in investing in Netflix, its shares have declined by more than 30 percent, while the S&P 500 has returned more than 55 percent, including dividends. Compared with the drama of owning shares in Netflix, a simple S&P 500 index fund is a terribly boring investment. But I’ll take it any time.