This unique take on the battle royale genre sees players competing to hunt down an NPC target and get away with the rewards. 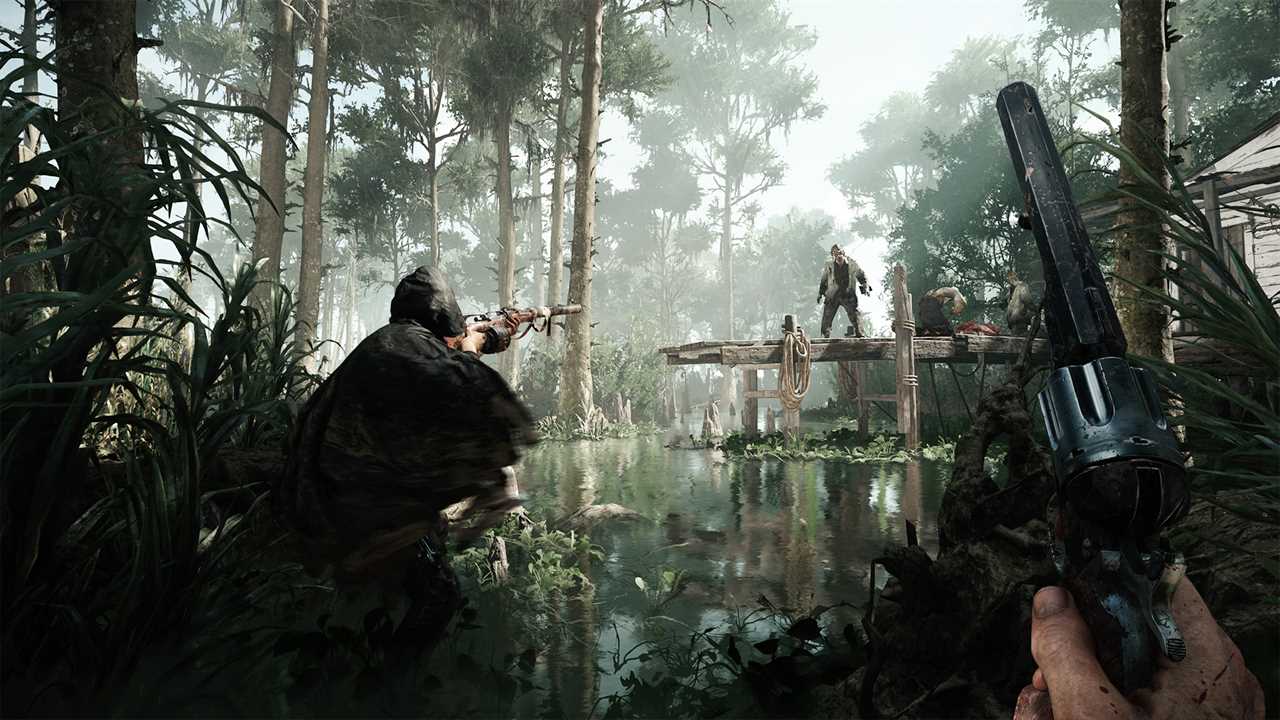 The bayou just got even bigger in Hunt Showdown – Crytek

This sets it apart from something like Fortnite, which is all about fast-paced action.

The latest update makes huge improvements to the player experience thanks to new features, balancing, and important mechanical tweaks.

We’ll let you know what all the biggest changes are, so you can be prepared.

If your wallet is stuffed with Hunt Dollars and Blood Bonds that you don’t know how to spend, the new black market will lighten your load.

This marketplace will be full of unique vendors all selling a variety of legendary content at great prices.

Stock is limited, so once you’re purchased all a vendor has to offer, they won’t have anything new.

The developers have promised more content will be added to these stalls with future updates.

There are a lot of weapons in the game, and they all need to work in harmony with one another, especially with the highly accurate gunplay that comes with the best PC games.

The Winfield 1876 Centennial has a 20% increase in its rate of fire.

The Winfield 1887 Terminus now has a quicker reload speed and a 5% increase in its rate of fire.

On top of that, several melee weapons have had minor tweaks to damage, attack speed, and stamina usage.

With limited spawn points on each map, some players were spawning into unfair situations where they were at an immediate disadvantage.

To remedy this, the minimum distance between spawning players has been increased to 110m on the Desalle map, where most of the issues occurred.

In an effort to keep games running as smoothly as possible, the match time limit for bounty hunts has been reduced from 60 minutes to 45 minutes.

The developers noted that only 1% of matches went beyond 45 minutes, so having a longer timer was pointless.

This change should improve server load and matchmaking speed across the board.

Keeping track of your teammates in Hunt: Showdown wasn’t always the easiest task, but things are getting better thanks to these improvements.

Actions performed by and against your teammates will now appear on the team details screen, so you can easily track their actions.

Additionally, different actions have seen an improvement to their colour coding and icons, making it easy to see at a glance what state your team is in.

Finally, these actions will now have time stamps attached, letting you know when events occurred during a match.

There are loads of other additions and changes in this massive update. You can read the full Hunt: Showdown patch notes on the game’s official Steam forum page.

Written by Ryan Woodrow on behalf of GLHF.