Hogwarts Legacy preview: The closest thing to getting your own Hogwarts letter

PLENTY of Harry Potter games have been released, but we were sceptical about Hogwarts Legacy due to numerous delays and rumours.Many games that end..

PLENTY of Harry Potter games have been released, but we were sceptical about Hogwarts Legacy due to numerous delays and rumours.

Many games that end up in this cycle of delays are often stuck in development hell, and the end product is more than likely a disappointment. 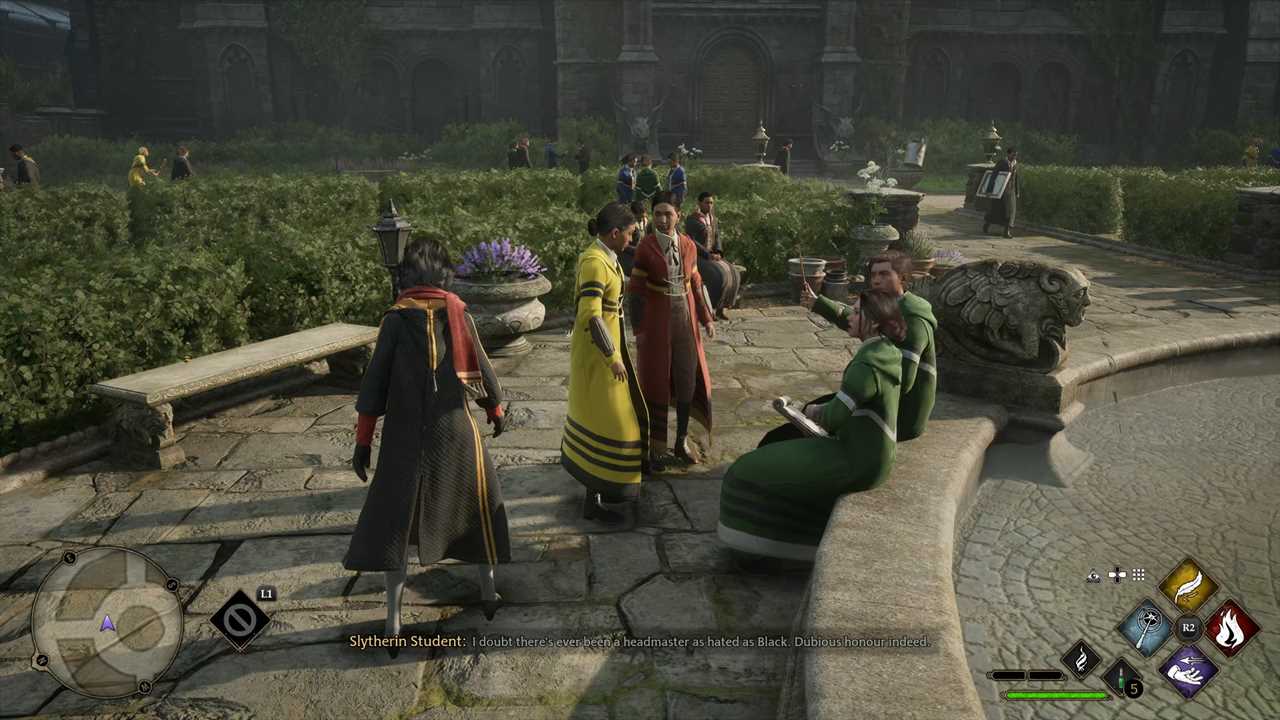 Students from all houses mingle together.

However, the latest game promises the freedom to explore in our own way, and that’s what Hogwarts Legacy provides.

Hogwarts Legacy makes the school feel alive in a way the other Harry Potter games haven’t before.

Magic fills the air, and your classmates chatter in a way that makes the lessons feel real.

You can see students from different houses mingle in common areas, something which the books failed to expand on.

The castle feels alive. Hogwarts frees itself of the limits the films gave it, and creates something more exciting to live in.

We pressed up against a wall, only for it to revolve, revealing a chest on the other side.

You feel the joy of exploration, while also learning the history of the school.

No matter how alive the world feels, it isn’t anything without the ability to pull off powerful spells.

Older Harry Potter games let you try out different spells in lessons, but in battle you were often stuck using a standard damage attack, then pulling off one or two other spells when prompted.

In Hogwarts Legacy you can use a variety of spells in battle, and these are balanced by various cooldown timers.

We didn’t get to see all of them in our preview, but the ten we did see had noticeably different effects on the opponent.

You can also anticipate oncoming attacks, but there is a disappointing lack of defensive spells to counter this. However, spells like Expelliarmus could be later in the game.

However, changing up spells on the fly can be a little fiddly and the lack of defensive moves could be to help with this.

We were thrown in at the deep end, somewhere in the middle where we already had a number of spells at our disposal.

Perhaps if we had played from the start and learnt the spells one by one, it might have felt more natural.

In the short time we had with Hogwarts Legacy, we came away feeling positive about our experience.

However, whether this grows weary over the length of a full RPG remains to be seen.

There were a number of features we didn’t get to see, such as classes that affect your magical abilities, which give us hope.

You can also apparently form relationships with your teachers by doing additional assignments that grant benefits.

So far, Hogwarts Legacy feels like the Harry Potter game that fans have always wanted.

It’s the closest you will come to getting that letter from Hogwarts explaining that you were special all along.

If you want to catch up on the controversies surrounding the game, and the books’ author J.K. Rowling, you can read our explainer at that link.