FIFA metaverse interview: ‘We have had a number of sleepless nights to release this’

FOLLOWING FIFA’s very public divorce from EA Sports, a number of questions have been raised as to what this means for the future of FIFA games..

FOLLOWING FIFA’s very public divorce from EA Sports, a number of questions have been raised as to what this means for the future of FIFA games.

Developer EA Sports has already announced that it will continue making games in pretty much the same way, just under the EA Sports FC branding.

FIFA wants you to celebrate the World Cup online. 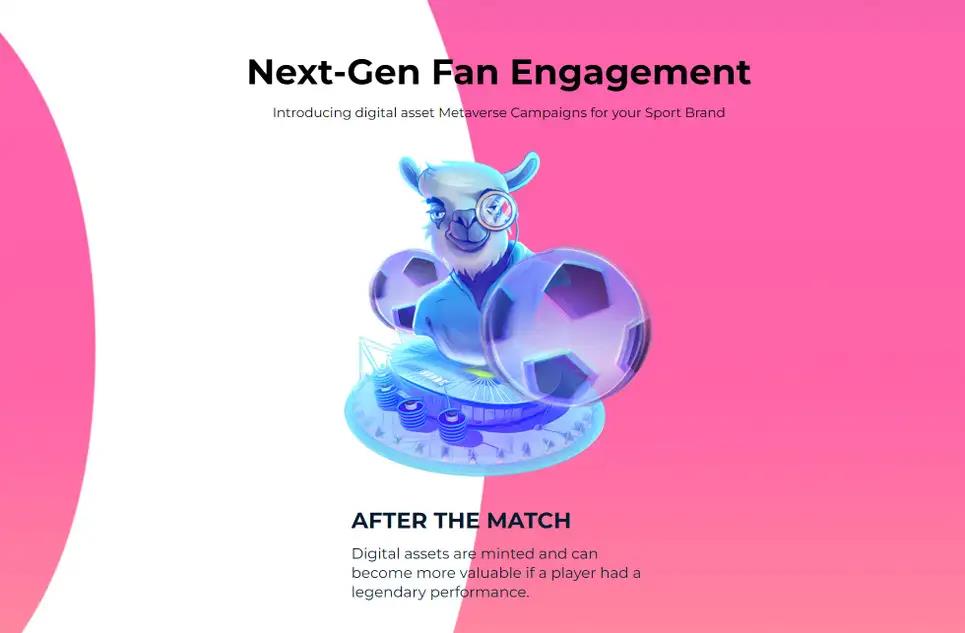 This is what you could win… I mean purchase

While it was originally believed that FIFA would continue creating high-end games with its licence, it has instead leaned heavily into the metaverse and blockchain.

The association recently announced four new “games” being developed that include gambling and NFTs, following previous collaborations with Roblox and Algorand.

We spoke to Danny Brown Wolf chief of staff, and Lindsay Lindsay Anne Aamodt head of marketing from Upland, about their collaboration with FIFA, and whether or not what they’re making is actually a game.

The way that their collaboration will work is that players can buy packs — sort of like FIFA 23’s FIFA Ultimate Team (FUT) packs — and inside will be a number of random NFT items.

This is mostly digital World Cup-branded merchandise that your character — called a Block Explorer — can own and use inside Upland’s virtual world.

The part that will be most exciting for players is the chance to win a video clip of one of the World Cup goals.

However, as with all digital assets, if the metaverse goes down, all of your purchases — which are made with real money — go down with it, and this includes everything you won as part of the campaign.

We’ve seen this many times in the past, most recently FTX — which was the world’s second-largest crypto exchange — recently went down, losing its users over $15billion (£13billion).

When asked how Upland is securing its future for its users, Danny responded:  “Upland specifically is the largest Web3 metaverse. We have 310,000 unique landowners.

“Our hearts go out to our colleagues, but the way that Upland was built, our customers and us are not affected by the macro.”

Even if Upland is secure, there is still the question of how the metaverse is really a game.

FIFA was promising us a new football series and what we’re getting is glorified microtransactions and gambling.

Despite what FIFA announced, Danny denies that their project is even attempting to be a game.

Lindsay says: “Gamers aren’t our only audience by any means. We’re going after a mass audience.

“It’s hard. We know full well that they are anti-NFT. Gamers are much harder to acquire than crypto aficionados.

“We’re not coming to gamers, like this is the future of video games. Not at all. This is complementary.”

However, they claim that they are trying to make it more like a game. In their own words: “We’re looking for game mechanics that are more like play, and not just collecting and calling it play.”

At this point, that is what it is. And in fact they’ve done what many companies partnering with FIFA have done.

They’ve taken existing assets and just reskinned them to be football-themed.

Roblox did something similar. It took existing sports games it had, and simply swapped the ball out for a football.

Danny says: “A lot of the functionality that we built for FIFA was existing functionality. Luckily, we already had a collaboration with the NFLTA that we had to use.”

However, this compromise seems to have been necessary, as FIFA has been contacting Web3 companies with a very limited time before they want the collaboration to launch.

Lindsay says: “We signed a two-year deal with FIFA. The deal was signed… very recently.

“To the point where we have had a number of sleepless nights, to release this for the World Cup.

“No-one but a Web3 startup would be able to pull this off.”

The question still looms on whether this is all gambling, microtransactions, and the dreaded pay-to-win model.

The person who collects the most World Cup merchandise will win even more in-game assets, such as a replica of the stadium.

When asking Lindsay if their ‘game’ was just pay-to-win, she admitted: “I mean it is, but it’s a lot. It’s a stadium, it’s cars with the FIFA branding, it’s Block Explorers.”

We also asked about the level of gambling, as you purchase NFTs for real money, and sell them on to other players hoping to make a profit.

When asked if Upland is gambling, Danny replied: “We’re completely compliant… but we’re not gambling.”

We continued to press the point that Upland is still a risk. One where people spend money, in the hopes of making money.

Danny appeared quite frustrated by my insistence eventually admitting: “But that’s any game you put in money. And you [gamers] do.

Gamers are well aware of just how profitable the industry is, and how much we wish we could go back to the days before microtransactions were so prolific.

The metaverse only leans further into the model, hoping to scoop up a fraction of the money we invest in our online games.

One of the ways that Upland tries to separate itself from other NFTs, is that you can create your own assets and build on it.

We brought up The Sims, which is now free-to-play, and has a vibrant community of modders and creators.

From this the intentions for the metaverse seemed even clearer. Is the metaverse just The Sims, but you have to pay real money to take part?

Lindsay admits: “I don’t think there’s a huge difference, other than the fact that our transactions take place on the blockchain.”