PASSENGERS have been stuck in long queues at Stansted airport and sleep on the floor ahead of further cancellations. Weary passengers were hit by..

PASSENGERS have been stuck in long queues at Stansted airport and sleep on the floor ahead of further cancellations.

Weary passengers were hit by more chaos as a mix of staff shortages and strikes continue to make air travel difficult. 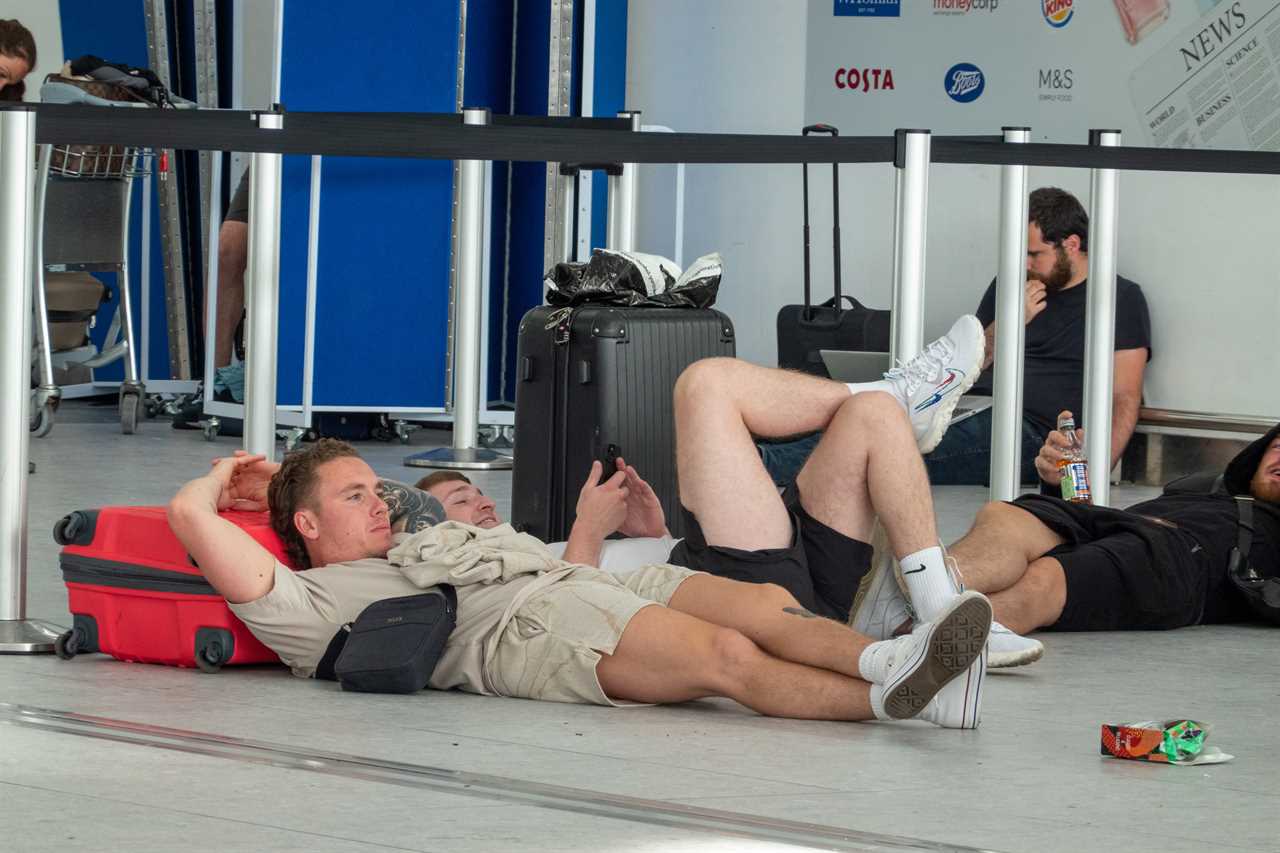 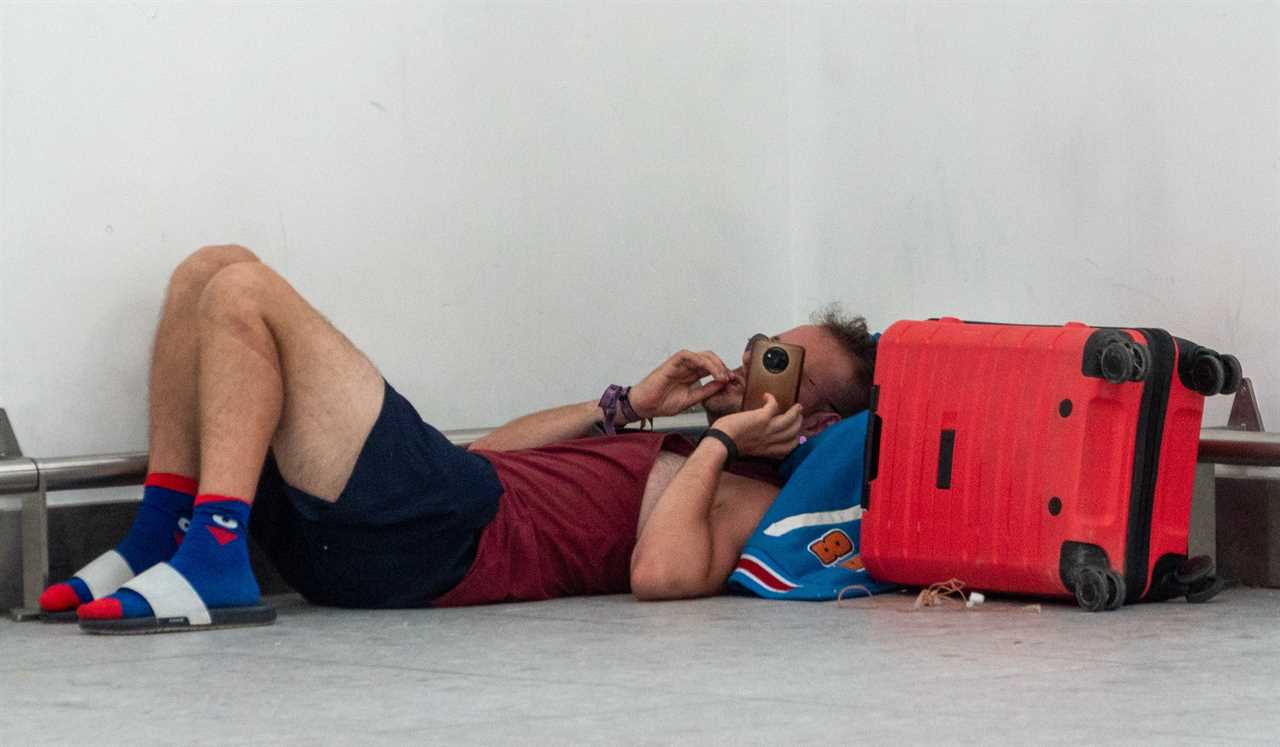 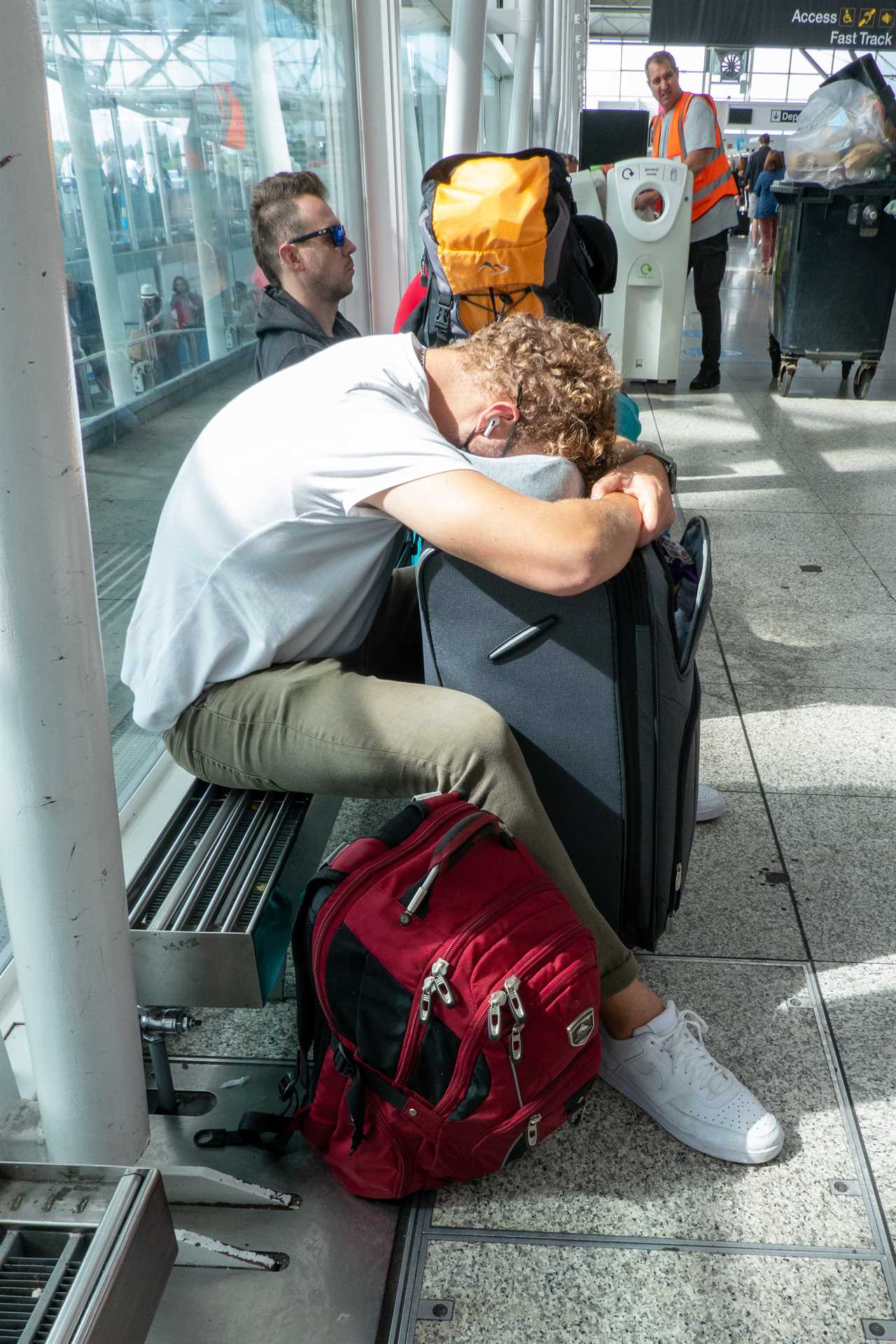 Another passenger sat down and rested his head on his suitcase 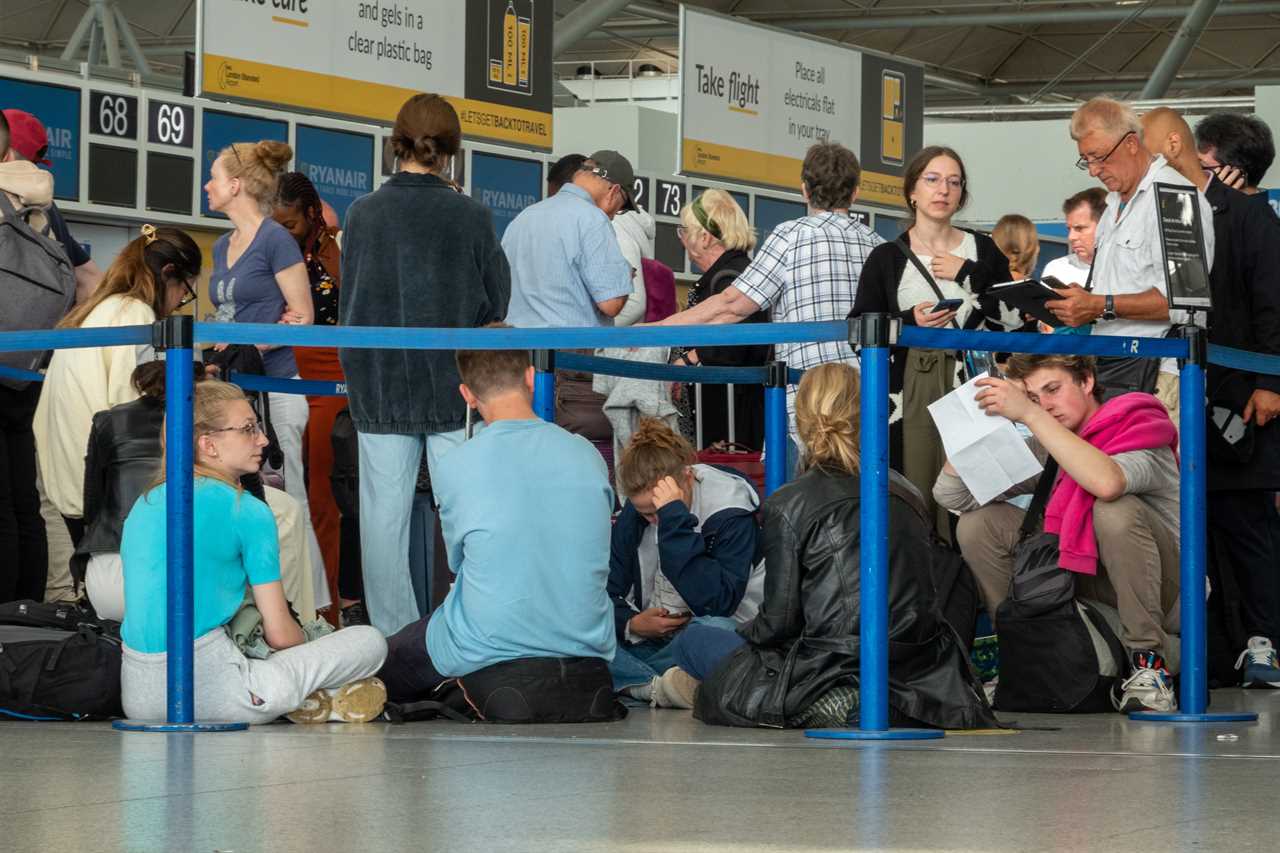 There were long delays and queues at Stansted this morning 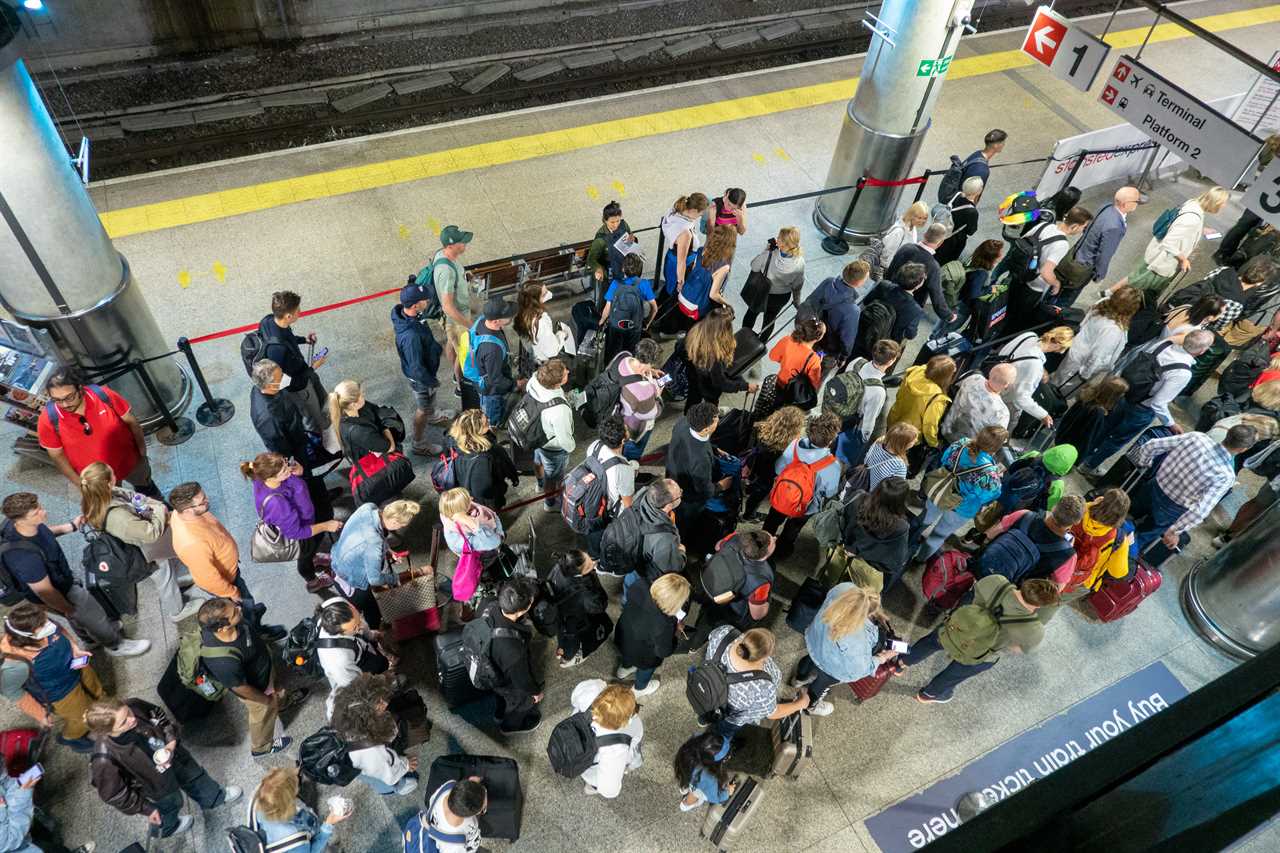 There were also huge queues at the train station

There were also big queues to get out of the station in Essex as travellers arrived at the airport by train.

It comes as airlines have until Friday to take advantage of a government “amnesty” to the rules on airport slots, allowing airlines to change schedules without facing a potential penalty.

Government ministers told airlines to review their flights after the May half term chaos, which was blamed on a shortage of airline and airport staff.

And Work and Pensions Secretary Therese Coffey today told Sky News: “Airports and airlines released a lot of people after the furlough scheme had come to an end.

“Perhaps they did not anticipate the desire for people to get out of the country.

“It matters that airlines have confidence flights can be delivered and passengers know well in advance if their flights is cancelled. “

BA’s flights from Heathrow Airport are likely to bear the brunt of cancellations this week.

Staff shortages have already been leading to queues at security and check in desks at airports across the UK as the travel industry picks up after Covid pandemic lockdowns.

The situation is set to get worse during the summer after more than 700 British Airways staff at London Heathrow voting to strike.

Easyjet workers in Spain went on strike last week and have two more planned for later in the month.

The 72-hour strikes will involve hundreds of crew at their airline’s bases in Barcelona, Malaga and Palma.

There are triple the number of passengers flying in and out of Britian’s airports this summer compared to last year.

Hundreds of flights are being delayed or cancelled as there are not enough staff to cope with the booming demand.

Passengers are also reporting having to wait hours to get their luggage back after flights and bags and suitcases are being left abandoned on carousels.

The GMB and Unite Unions are expected to set strike dates for the BA Heathrow staff for around July 22, just as most children start their school holidays.

The BA dispute is over a 10 per cent pay cut that check-in and ground-handling staff took during the Covid pandemic.

And yesterday Heathrow stopped departures as passengers were forced to wait hours for baggage.

Thousands of passengers at Britain’s busiest airport were plunged into chaos as staff battled with a fuelling system failure.

The Jet A-1 system malfunctioned shortly before 2pm and departures resumed around an hour later.

It meant huge numbers of holidaymakers were left stranded at their gates, while others were forced to wait it out on board.

One fed up traveller tweeted: “What’s going on with your fuel delivery system?

“Sitting on the plane at the gate because we can’t get fuel. So many missed connections.”