THE UK has seen another huge drop in daily Covid cases today – with numbers nearly below 100,000.Another 109,133 new infections have been reported in ..

THE UK has seen another huge drop in daily Covid cases today – with numbers nearly below 100,000.

Another 109,133 new infections have been reported in the past 24 hours, as the rate of hospital admissions has also started to fall. 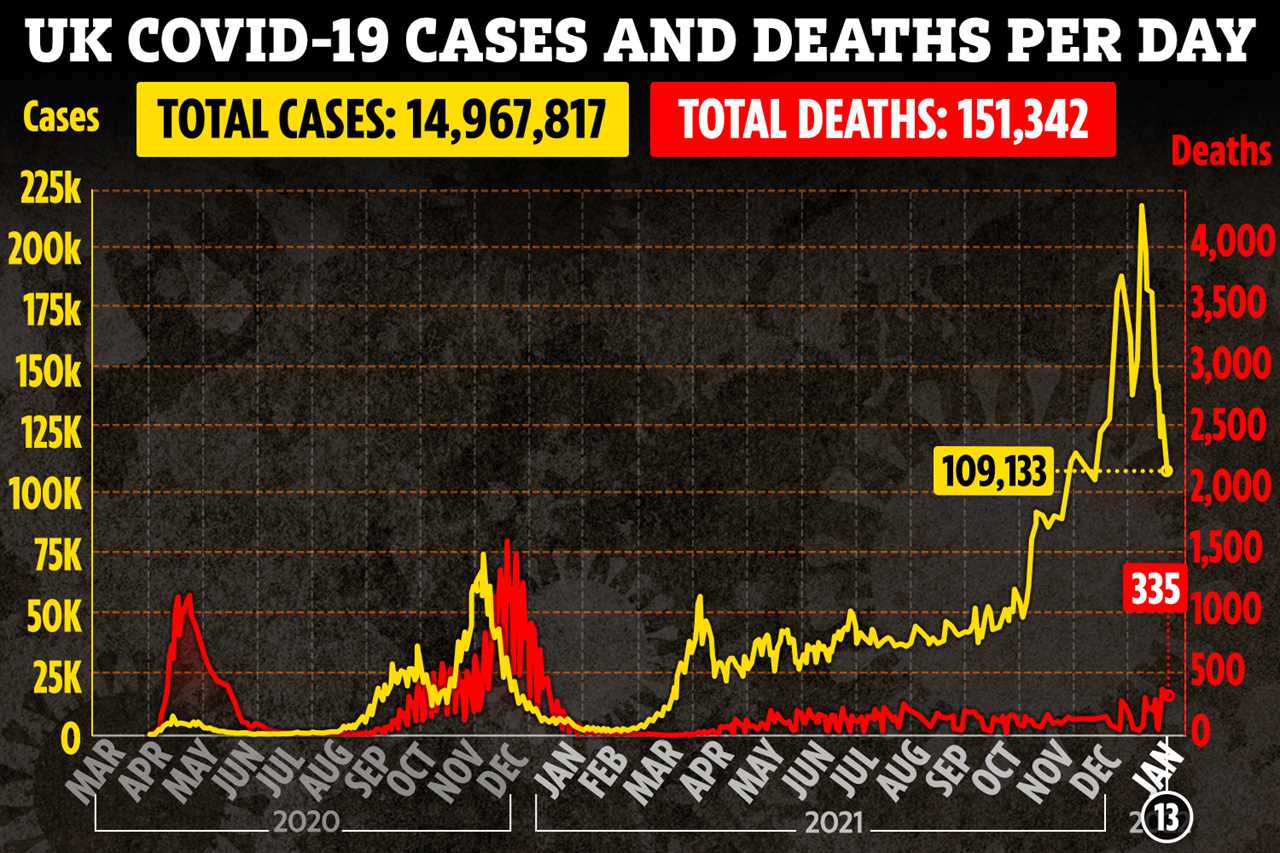 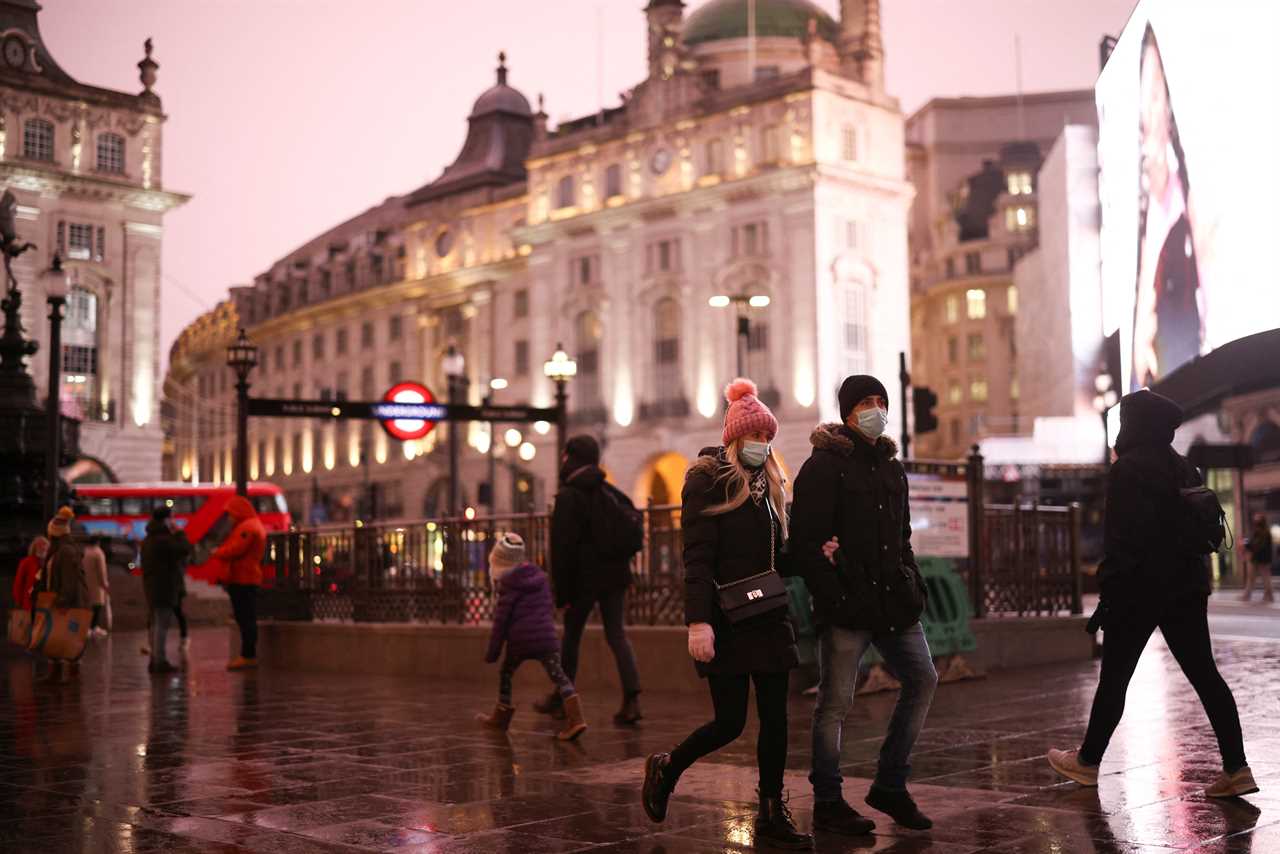 It comes after Heath Secretary Sajid Javid said “there are already early signs that the rate of hospitalisation is starting to slow”.

He told the Commons today Omicron: “Due to the lag between infections and hospitalisations, the NHS will remain under significant pressure over the next few weeks.

“It is encouraging, however, that during this wave we have not seen an increase in Covid-19 intensive care patients, and there are already early signs that the rate of hospitalisation is starting to slow.

“We know that Omicron is less severe. But no-one should be under any illusions – it is severe for anyone that ends up in hospital, and that’s far more likely if you have not had the jab.”

Deaths are still higher than they had been, with 335 new fatalities reported today, although this is lower than yesterday’s 398.

This fits with the pattern of a Covid wave however – a few weeks on from high cases, some extra deaths will now sadly catch up for those harder hit with the virus.

Today the latest data from a Covid survey revealed the Omicron wave has peaked in the UK.

“Across the country we are seeing a decrease in virtually all areas, except perhaps the North East, but that is starting to slow down.

“The Omicron wave has peaked and is going down so we’re on the other side so that’s great – but of course we don’t know what the future holds.

It was also revealed just under half of all patients with Covid in hospital are being treated for something else primarily.

But while Covid patients are not near the horrifying highs seen on wards this time last year, hospitals have struggled with rising cases and absent staff.

This has been the catalyst that sparked the slashing of Covid isolation from seven days to five full days, which will come into force on Monday.

Health chiefs had resisted doing this sooner, after already reducing isolation from ten to seven days just before Christmas.

But as fresh research suggested the change would only result in an extra two in 100 people leaving quarantine while still infectious, ministers changed their minds.

Nearly all Brits are now protected against Covid with a record 97.5 per cent having antibodies against the virus.

Office for National Statistics figures show the proportion of people with immunity has hit a pandemic high.

And these antibodies – which seek and destroy the virus if it gets into the body – is helping to stave off an Omicron crisis.

They don’t prevent infections but stop most people from getting seriously ill or dying.