A SORE throat, runny nose or cough – all things you might expect if you’re struck with Covid.But one symptom that might surprise you is a buzzing..

A SORE throat, runny nose or cough – all things you might expect if you’re struck with Covid.

But one symptom that might surprise you is a buzzing sound only you can hear. 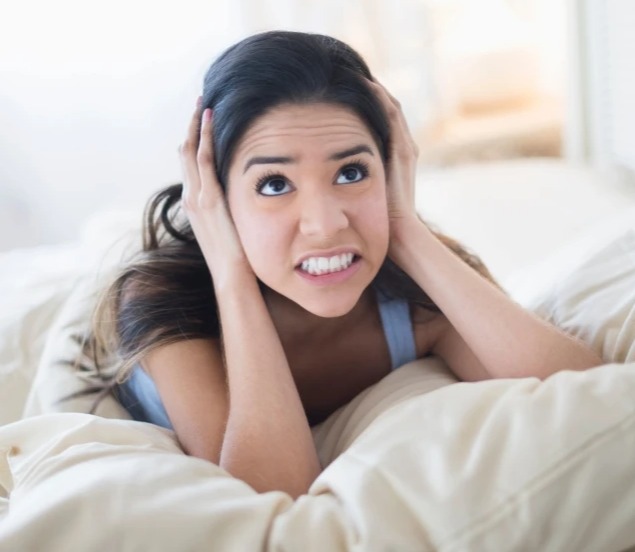 Tinnitus is hearing noises that aren’t actually there

Tinnitus is a low-pitched humming or buzzing that affects up to an estimated one in six people who catch the virus.

The sounds experienced by the sufferer, which can also include whooshing, is not coming from an outside source. Only they are aware of it.

Katie Ogden, a hearing aid dispenser and Training Manager for ReSound North-West Europe, said the condition can be “very frustrating”.

“It is often associated with insomnia and can contribute to issues with mental health such as anxiety, stress and depression,” she told Devon Live.

“The difficulty is that tinnitus can become part of a vicious cycle.

“So the key to successfully managing tinnitus is to find the method/s that breaks the cycle for the person that is struggling to cope with tinnitus.”

At the start of the pandemic, there were signals that Covid may be linked to hearing problems.

As more studies have been published, researchers at the University of Manchester have been able to estimate the severity of the issue.

They have shown that between seven and 15 per cent of adults diagnosed with Covid report problems with hearing and balance.

Tinnitus is the most common followed by hearing difficulties and vertigo, according to the findings published in the International Journal of Audiology.

Kevin Munro, Ewing Professor of Audiology at the university, said it’s “possible the virus attacks and damages the auditory system”.

“On the other hand, the mental and emotional stress of the pandemic may be the trigger,” he wrote in the Conversation.

“But we need to be careful when interpreting these findings as it’s not always clear if studies are reporting existing or new symptoms.”

Meanwhile, those who recover from Covid infection may find they are lumbered with tinnitus long term.

The same group of researchers found that one in eight patients admitted to hospital had tinnitus eight weeks after discharge.

The patients tended to be older and some already had tinnitus before they were sick with Covid.

A study led by Anglia Ruskin University also found that 40 per cent of people displaying symptoms of Covid were also experiencing a worsening of their tinnitus.

While the study focused on people who already had tinnitus, a small number of those participating said the condition had been triggered by the virus.

A more recent study suggested that tinnitus is a problem for more than a third of people who have long Covid.

The research, by King’s College London, was based on questioning thousands of people from 56 countries.

Tinnitus already a very common condition, affecting around one in eight people pre-pandemic, according to estimates from the British Society of Audiology.

Approximately half of patients find it moderately or severely distressing, with complaints of intrusiveness, emotional stress, insomnia and difficulties with concentration.

It can be caused by a number of factors – diabetes, anxiety, Ménière’s disease, loud noises are just some.

While for some people the irritating symptom eases up on it’s own, for many it can become a source of long-term misery.

The 51-year-old said on diagnosis, “I became quite distressed that I would never hear silence again” – but says she can “deal with it mostly”.

There is no cure for tinnitus, with treatments mostly focused on learning behaviours to cope with the constant ringing.

If you’ve recently developed tinnitus, you can contact your GP who can refer you on to an ENT (Ear, Nose and Throat) department.