OVARIAN cancer is one of the most common forms of the illness in the UK, killing over 4,000 people a year, Cancer Research UK states.Early detection..

OVARIAN cancer is one of the most common forms of the illness in the UK, killing over 4,000 people a year, Cancer Research UK states.

Early detection can lead to better health outcomes, so it’s important to know the key signs of the silent killer. 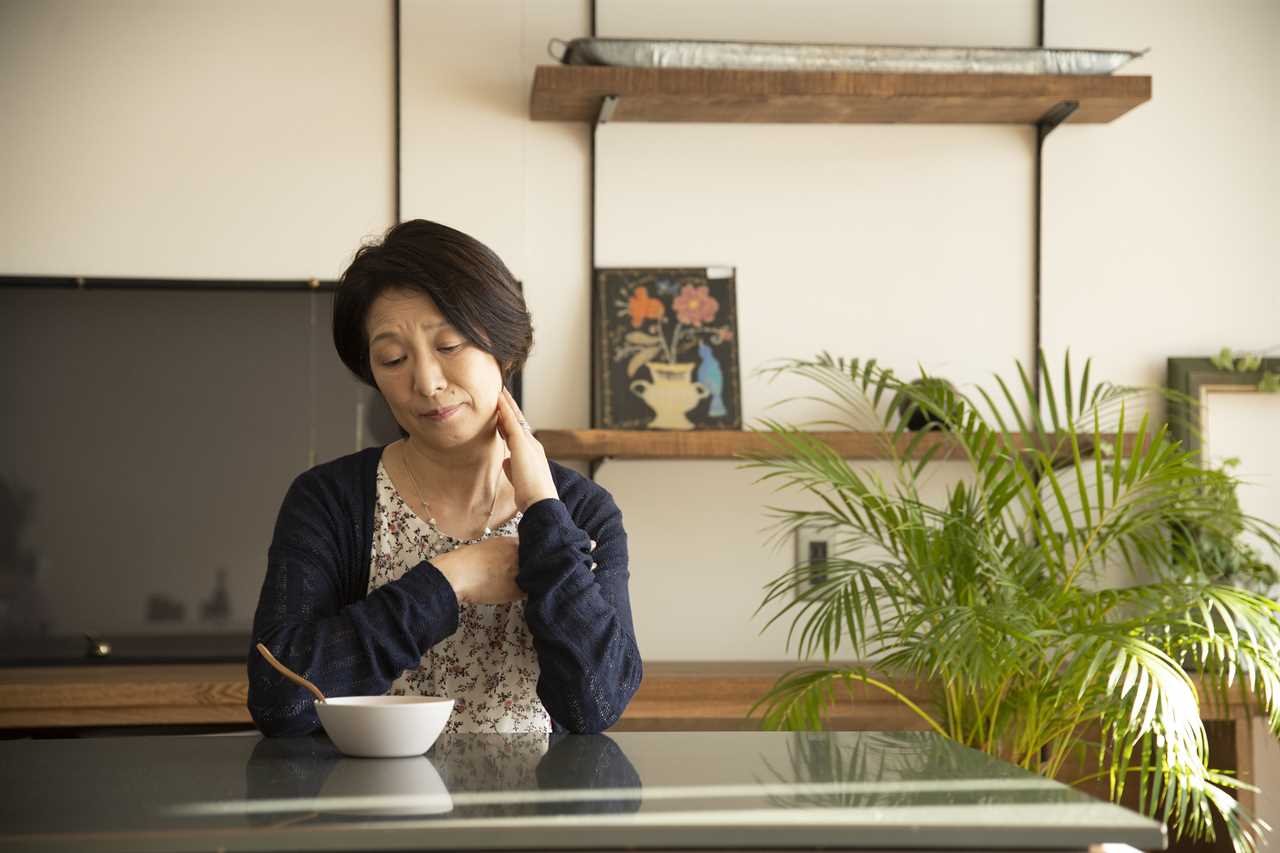 The illness is often referred to as this, due to the fact that obvious symptoms often develop only when it has reached a more advanced stage, experts at Harvard Medical School say.

While we should always be aware of any new changes in our body, experts say there is one red flag symptom of the illness that you might notice at mealtimes.

Speaking to Trending In The News, London-based GP Dr Stephanie Ooi said: “Some women might notice a loss of appetite or an inability to finish their meals.”

Dr Ooi, of private healthcare service MyHealthcare Clinic added that some of the earliest signs can also include a swelling in the stomach or the sensation of feeling full as if you’ve had a large meal.

She added that a sudden unexplained weight loss can also be a red flag.

“Pain in the back or stomach, or pain during sex, can also be early indicators, while some women will feel more bloated than usual.

“Having any of these symptoms does not necessarily mean you have ovarian cancer, but you should speak to a GP if you are concerned,” she added.

Ovarian cancer is the sixth most common cancer in the UK, with around 7,500 new cases every year, Cancer Research UK states.

The charity said that more than a quarter of cases are diagnosed in females aged 75 and over.

When it comes to symptoms, the charity said you may also experience needing to urinate more often.

Medics there said that other, less common signs include:

Guidance states that if you experience any of the symptoms mentioned above, 12 or more times in a more than a month you should arrange tests with your GP – especially if you’re over the age of 50.

That’s because those aged above 50 who have been through the menopause are deemed to be at the greatest risk of the disease, Dr Ooi said.

Knowing what to look out for is key, as research published in October found that a mere three per cent of women are confident in naming all symptoms of the disease.

Charity Target Ovarian Cancer warned low awareness rates mean women may not be able to spot when something is awry and may delay seeking help from a GP.

Just one in five were able to identify bloating as a sign, according to the poll of 1,000 women across the UK.

Only one per cent were able to identify increased urinary urgency or frequency as a symptom and just three per cent knew feeling full or a loss of appetite could be a sign of ovarian cancer.

But almost a third (32 per cent) knew that pelvic or abdominal pain was a symptom.

How is ovarian cancer treated?

The treatment for ovarian cancer depends on the type and how far spread it is, the NHS states.

If the cancer has spread too far around the body, the aim of treatment will be to help reduce symptoms and to control the cancer as much as possible.