Why the Retail Industry Is Fighting Vaccine Mandates

The holiday shopping season has arrived, and retailers are ringing it in by doing everything from cutting prices to stocking showrooms to lure back.. 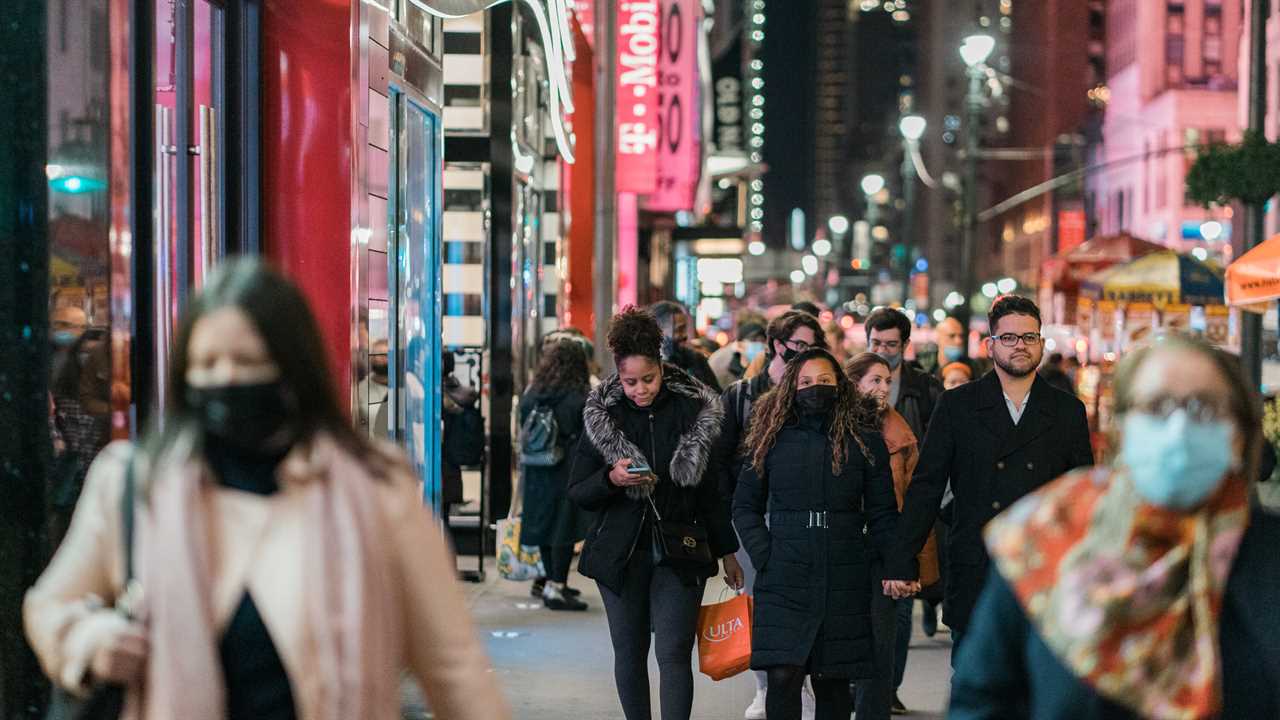 The holiday shopping season has arrived, and retailers are ringing it in by doing everything from cutting prices to stocking showrooms to lure back customers who stayed at home last year. What the biggest of them are not doing is the one thing the White House and many public health experts have asked them to: mandate that their workers be vaccinated.

As other industries with workers in public-facing roles, like airlines and hospitals, have moved toward requiring vaccines, retailers have dug in their heels, citing concerns about a labor shortage. And a portion of one of the country’s largest work forces will remain unvaccinated, just as shoppers are expected to flock to stores.

At the heart of the retailers’ resistance is a worry about having enough people to work. In a tight labor market, retailers have been offering perks like higher wages and better hours to prospective employees in hopes of having enough people to staff their stores and distribution centers. The National Retail Federation, the industry’s largest trade group, has estimated that retailers will hire up to 665,000 seasonal workers this year.

Macy’s, for example, said it planned to hire 76,000 full- and part-time employees this season. The retailer has offered referral bonuses of up to $500 for each friend or relative whom employees recruit to join it. Macy’s asked corporate staff this fall to be vaccinated or test negative for Covid-19 to enter its offices. But store workers are a different story.

“We have a lot of stores that have a lot of openings, and any ruling that we have to mandate those colleagues be vaccinated prior to Christmas is just going to exacerbate our labor shortage going into a really critical period for us,” Jeff Gennette, Macy’s chief executive, said in an interview.

The industry showed how strongly it feels about the issue this month when the Biden administration directed companies with 100 or more workers to mandate vaccines or weekly tests by Jan. 4. Five days after that announcement, the National Retail Federation sued to stop the effort.

“We all agree with the premise that vaccines are good and vaccines save lives,” Stephanie Martz, the chief administrative officer of the N.R.F., said in an interview Monday.

The order is now held up in litigation, challenged by a number of lawsuits from a broad coalition of opponents, and could make its way to the Supreme Court. Court filings by the administration warn that blocking the rule would “likely cost dozens or even hundreds of lives per day.”

Mr. Gennette, who sits on the board of the federation, said Macy’s would “love to see” the order put in place in the first quarter, which typically begins in February for the industry. That echoes the federation, which has said it wants to move the deadline back several months.

“I support it — I would just love to have it on a timetable that works for us,” Mr. Gennette said. “We need more time.”

Many health experts say employee mandates are the only way to help the country emerge from the pandemic, as rampant misinformation and politicization of the coronavirus have helped suppress vaccination rates. The vaccination rate for those 12 and older in the United States is about 69 percent, with rates in some pockets of the country as low as 40 percent. Average daily case reports have increased more than 20 percent over the past two weeks.

“It’s a pretty big ask, there’s no one denying that,” Crystal Watson, a senior scholar at the Center for Health Security at Johns Hopkins University, said of requiring vaccinations for retail employees. “But we’ve also tried a lot of other things to help people get vaccinated — and I think a mandate right now is what we need to get over that barrier.”

Walmart, the nation’s biggest private employer, declined to comment on the federation’s lawsuit or its plans for vaccinations or testing. A spokeswoman for Target said the company had “started taking the necessary steps to meet the requirements of the new Covid-19 rules for large companies as soon as the details were announced.”

Spokespeople for several retailers on the federation’s board, including Kohl’s, Dick’s Sporting Goods and Saks, declined to comment for this article.

“I think employers are embarrassed and ashamed by what they are objecting to and therefore use the N.R.F. as a cover,” said Stuart Appelbaum, president of the Retail, Wholesale and Department Store Union.

He added: “If you had a choice of going to a workplace, or as a customer to go to a store, that said, ‘All our employees are vaccinated or tested,’ or another store that says, ‘We have no idea who’s vaccinated or tested,’ which would you choose? And that’s why, let’s say, Acme Department Store doesn’t want to advertise that it’s promoting bad public policy.”

Many employers in industries, like retail, that have mandated vaccines at corporate offices have not required them for frontline workers, sharing concerns about challenges in hiring. But those workers, including about four million at stores, are among the most vulnerable. They interact frequently with the public and are less likely to be vaccinated themselves. Mandates at Tyson, United Airlines and several health care companies indicate that when faced with the prospect of losing their job, employees most frequently choose inoculation.

“We know vaccine requirements work,” said Kevin Munoz, a spokesman for the White House. “The federal government, the country’s largest employer, has successfully implemented its requirement in a way that has boosted vaccinations and avoids any disruptions to operations.”

Still, companies mandating vaccines have faced protests or lawsuits. In some states litigation has been passed to impede it. Disney, for instance, paused a mandate for employees at Disney World in Florida after it became illegal for employers in the state to require workers to get the shot.

The panic and precautions tied to Covid-19 have played out at retail stores throughout the pandemic and ensnared their workers.

First, there was the divide between essential and nonessential businesses, which prompted chains like Guitar Center and Dillard’s to argue that they needed to stay open — and keep their employees coming in — despite the worsening public health crisis. Workers have been at the forefront of disputes around mask mandates and then mask enforcement. Retail chains like REI have been criticized for failing to inform employees about Covid cases in stores. Grocery store workers were not given priority access to vaccines in many states.

“We’ve seen, throughout the pandemic, self-serving messages from employers who are putting profitability above their own employees’ health and safety,” Mr. Appelbaum said. “They have a misguided idea that it’s better for profits to take certain actions.”

Business has boomed for some of the largest retailers, like Target and Walmart, throughout the pandemic. And while they are still facing rising prices and supply chain strain, executives have indicated recently that pressure on staffing has waned.

“We feel really good about our staffing going into the holiday season,” Brian Cornell, Target’s chief executive, told CNBC last week. He added that the company’s retention numbers were “some of the strongest in our history,” which he attributed to perks and safety measures.

Retailers are betting that consumers will be comfortable shopping in stores, where foot traffic is already higher than in 2020, regardless of the industry’s efforts to fight the new vaccination and testing requirements. And for those who are concerned about the lack of vaccinations, the companies have bolstered their e-commerce operations and curbside pickup offerings in the past year, though in-store shopping often leads to more purchases and fewer returns.

When asked what Macy’s would tell concerned customers about shopping in stores, Mr. Gennette said: “What I would say is we encourage every one of our colleagues to be vaccinated and every colleague wears a mask in our stores and warehouses to protect themselves and others.”

Last week, a number of health groups and experts, including the American Medical Association and the American College of Physicians, put out a statement imploring companies to move forward with the Labor Department rules.

“The hope was to provide some perspective for business leaders to remind them this is not a political issue,” said Dr. Ashish K. Jha, dean of the Brown University School of Public Health, who was one of the signatories. Dr. Jha said it was important for companies in all industries to follow the rule, noting that retailers play a particular role, given the nature of their employee base. He said those measures should be put in place during the holiday season — not after — especially as that is when case numbers are expected to rise.