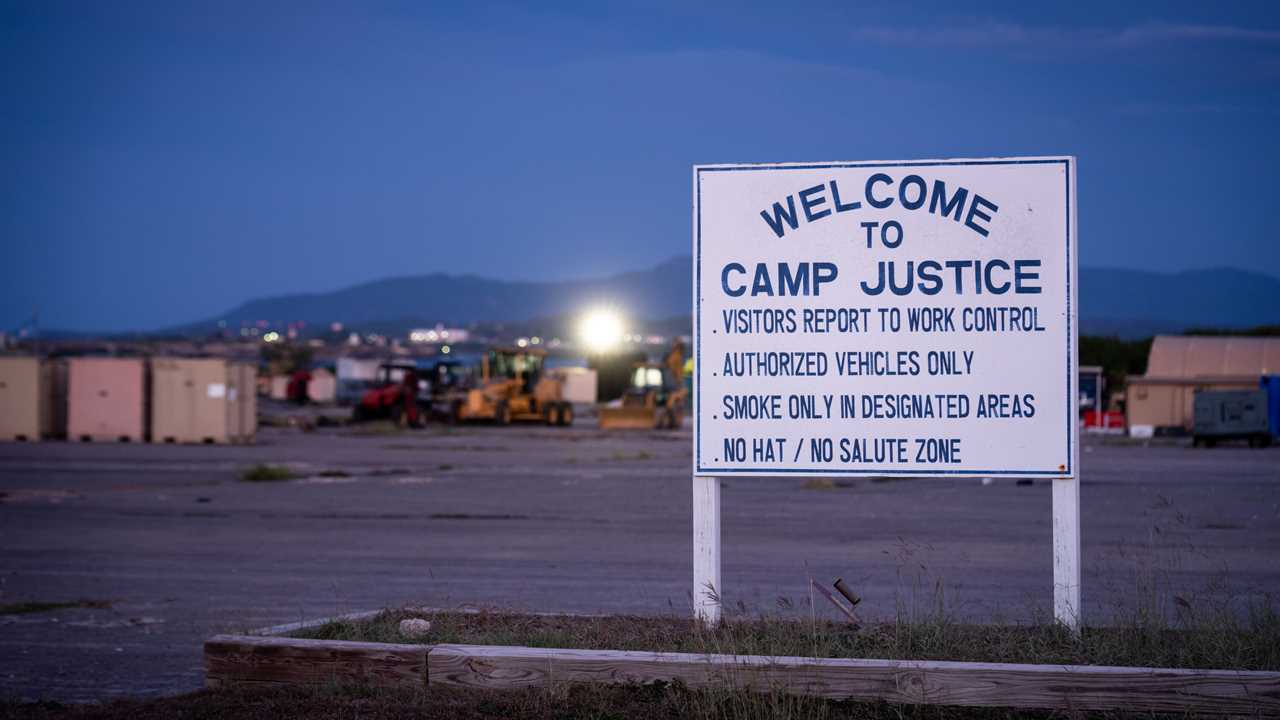 GUANTÁNAMO BAY, Cuba — Criminal investigators at Guantánamo Bay waited nearly three months before obtaining DNA samples and fingerprints from the accused plotters of the attacks on Sept. 11, 2001, and the U.S.S. Cole, it was disclosed this week, further deepening the mystery of who was responsible for the prisoners in their earliest days here.

The question of who was in charge — the C.I.A. or the U.S. military — is key to defense lawyers’ efforts to exclude potential evidence from two death-penalty cases at Guantánamo. The lawyers have argued that years of C.I.A. detention and torture of the prisoners have tainted the evidence.

The issue of responsibility for the prisoners is so sensitive that national security censors recently redacted a statement made in court by a defense lawyer for Khalid Shaikh Mohammed, who is accused of plotting the Sept. 11 attacks. Rita J. Radostitz, the lawyer, told the court on Nov. 19 that in the months after the detainees’ transfer to the military prison zone, their guards were working for the C.I.A., not the Defense Department. Prosecutors did not protest at the time, and no one used the mute button to block audio of classified information. But the comment was later blacked out from the public transcript of the proceedings.

In the Sept. 11 case, lawyers are in the midst of many months of witness testimony to help the trial judge determine whether in early 2007, after years in C.I.A. custody, Mr. Mohammed and other defendants freely described to F.B.I. interrogators their roles in the Sept. 11 attacks. Prosecutors call the testimony key trial evidence; defense lawyers say the prisoners told the agents what the C.I.A. had groomed them to say through torture and years of isolation at secret detention facilities known as black sites.

Lawyers for Abd al-Rahim al-Nashiri, a Saudi prisoner who is accused of planning Al Qaeda’s suicide bombing of the U.S.S. Cole in Aden harbor in Yemen in October 2000, also consider his interrogation by the F.B.I. in 2007 to be involuntary.

Mr. Nashiri is one of three prisoners the C.I.A. has confirmed it waterboarded to obtain information after his arrest in Dubai in October 2002. Between 2002 and 2006, he was held in a series of secret C.I.A.-run prisons overseas, including a black site at Guantánamo Bay. The Guantánamo site, called Echo II, operated in 2003 and 2004. C.I.A. guards there dressed as soldiers, and F.B.I. agents interrogated detainees there in 2007.

Mr. Nashiri’s lawyers have been calling witnesses this month in an effort to persuade the judge to exclude a piece of key trial evidence in that case: a swab of Mr. Nashiri’s cheek taken at Guantánamo that partly matched a DNA sample taken from a site in Aden, Yemen, that was an observation point for the U.S.S. Cole bombing, which killed 17 U.S. sailors.

Defense lawyers argue that Mr. Nashiri was in his fourth year of U.S. custody and that under the Fourth Amendment, the law enforcement authorities needed to obtain a warrant from a military or federal court to take the cheek swab and other samples. The judge, Col. Lanny J. Acosta Jr., agreed to hear the argument even as a higher court was considering whether a prisoner at Guantánamo Bay is entitled to due process rights guaranteed by the Constitution.

In court on Monday, Mark A. Miller, a prosecutor, called the collection of the samples on Nov. 30, 2006 — more than 80 days after the detainees were brought to Guantánamo — “pursuant to a standard protocol” for a person “coming into a prisoner of war facility” or a “law of war facility.”

No explanation was offered for the delay, although the detainee processing took place after President George W. Bush announced on Sept. 6, 2006, that the prisoners were at Guantánamo. One reason for the disclosure, he said, was that “to start the process for bringing them to trial, we must bring them into the open.” Mr. Nashiri was arraigned in 2011, and the case has been repeatedly stalled through higher court challenges.

Several law enforcement agents on Monday described how, during their assignment to the Criminal Investigation Task Force, a prosecution support organization created by the Defense Department, they undertook the collection process on Nov. 30, 2006, in their first encounter with the former C.I.A. detainees. The agents operated what Mr. Miller called an “assembly line” to photograph, fingerprint and take DNA samples of each of the 14 prisoners, who were shackled at the wrists and ankles and guided through the process by two guards.

None of the men protested, complained or mentioned mistreatment, said Chief Warrant Officer Leona Mansapit of the Army. A military police soldier at the time, she took fingerprints from some of the prisoners. “It was very routine,” she said, aside from the late hour.

An investigator who took part in the processing, George E. Boyles, who had served in law enforcement and military roles since the late 1980s, said that evening at Guantánamo Bay was the only occasion in his career that he had taken what was essentially booking samples of suspects in their fourth year in custody.

Capt. Brian L. Mizer of the Navy, a military defense lawyer for Mr. Nashiri, accused the prosecutors of advancing “a sham argument that this was a routine booking procedure happening three months after they got here and four years after they came into U.S. custody.” Such procedures are done at the time of an arrest, Mr. Nashiri’s lawyers said, to confirm an identity or check for arrest warrants.

“I really don’t know where they were at before I saw them on Guantánamo Bay,” said Sheldon J. Beddo, a Naval Criminal Investigative Service agent who was based there in 2006 and oversaw the evidence collection at “a location I was not familiar with” made up of prefabricated buildings.

The question of who was in control of the detainees at Guantánamo Bay during that period has been in dispute for years. In 2014, a Senate Intelligence Committee study not only disclosed that there had been two C.I.A. black sites at the Navy base but also described Camp 7, the prison where Mr. Nashiri, Mr. Mohammed and other high-value detainees were held, as under the operational control of the C.I.A. during their first months at Guantánamo.

A former Army officer, however, has testified anonymously that he was in charge of Camp 7 from the day the detainees arrived, even if the guards there were not Defense Department employees.

The prisoners who were brought to Guantánamo in 2006 spent their first month in isolation before their first meetings with delegates of the International Red Cross, the humanitarian organization that visits prisoners and can deliver messages to families and register complaints about conditions with the detaining authority.

Mr. Nashiri was interrogated by F.B.I. and N.C.I.S. agents in early 2007 and had a status hearing before a military board in March of that year. He was allowed to see a lawyer for the first time in 2008.