Thomas J. Barrack Jr., a businessman and longtime friend who acted as an informal adviser to former President Donald J. Trump, sought money from the.. 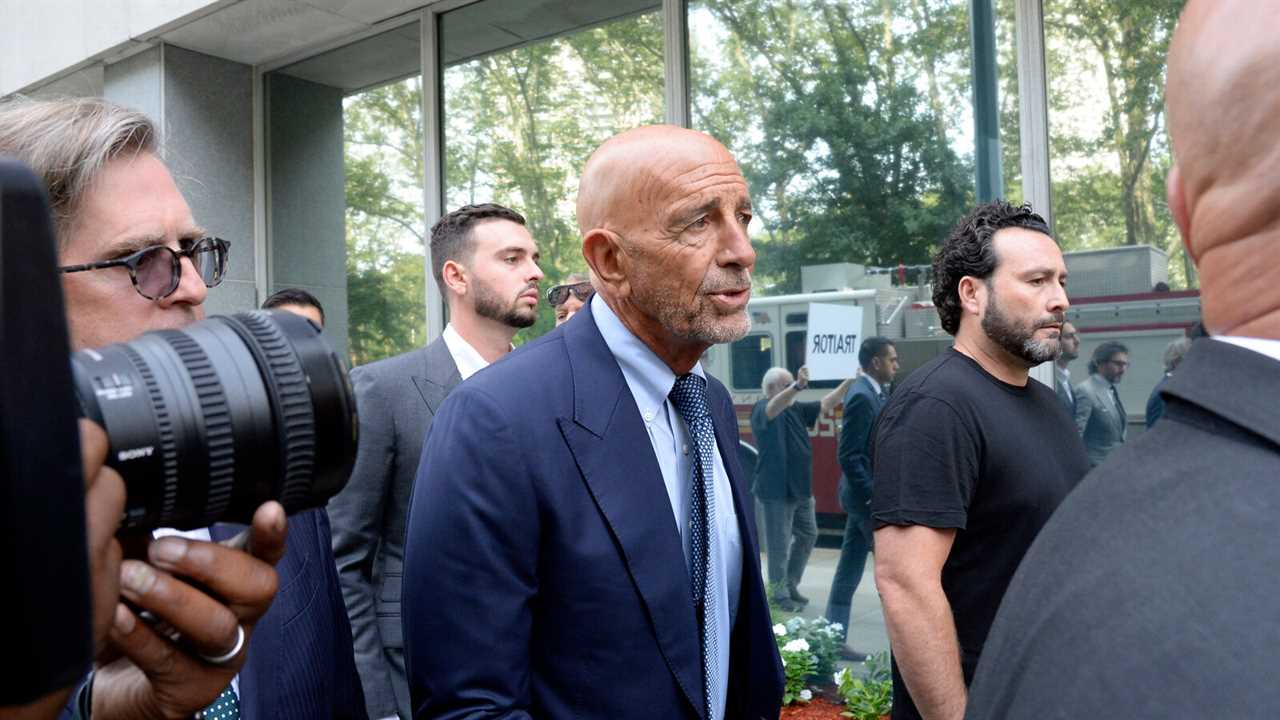 Thomas J. Barrack Jr., a businessman and longtime friend who acted as an informal adviser to former President Donald J. Trump, sought money from the United Arab Emirates in early 2017 for an investment fund that would seek both to boost Mr. Trump’s agenda and to benefit from his policies, federal prosecutors said in a court filing on Tuesday.

Prosecutors cited the effort in a superseding indictment in a case in which they charged Mr. Barrack last July with acting as an unregistered agent for the United Arab Emirates, conspiring with the Emiratis to influence the Trump campaign and the White House, and lying to investigators.

While the proposed fund’s “primary purpose” would be earning profits, it would “accomplish a secondary mandate to garner political credibility for its contributions to the policies” of the Trump administration, a top aide to Mr. Barrack wrote in the weeks after Mr. Trump’s election in November 2016 in a plan for the “U.A.E. Fund” quoted in the prosecutors’ filing. The fund would make money by “sourcing, financing, operationally improving and harvesting assets” in industries that would “benefit the most” from the Trump presidency, the plan said.

The new indictment cited the proposed fund as evidence that Mr. Barrack sought to profit from his advocacy for the Emiratis with Mr. Trump and his circle. The indictment quoted emails and text messages from April 2017 stating that while traveling in the Middle East, Mr. Barrack could “pitch” the idea in a meeting with Sheikh Mohammed bin Zayed, the Emirati ruler, whose title then was the crown prince of Abu Dhabi.

There is no evidence that the proposed pro-Trump venture ever materialized or that Mr. Barrack had the meeting with the crown prince. But the indictment noted that in the following months, Emirati sovereign wealth funds invested a total of $374 million in two deals sponsored by the giant real estate company Mr. Barrack led, now known as DigitalBridge Group and formerly known as Colony Capital.

Alongside several other major funds, the Emiratis invested about $74 million in a deal to buy a Los Angeles office building and also invested about $300 million in an investment fund targeting digital communications infrastructure. The indictment noted that Mr. Barrack’s company had not raised any new capital from the United Arab Emirates in the seven years before Mr. Trump’s election, and that internal company records attributed the $300 million investment in the digital fund to “Barrack magic.”

Through a spokesman, Mr. Barrack declined to comment. Lawyers for Mr. Barrack are expected to argue that the Emiratis invested in those deals on their financial merits and on the same terms as other big investors, not as payments for influence. Although he was a close friend, major fund-raiser and informal adviser to Mr. Trump, Mr. Barrack stayed in private business, where he was not subjected to government ethics rules, and he has relied heavily on Persian Gulf investors throughout his career.

The new indictment included new details about what prosecutors portrayed as Mr. Barrack’s efforts under the direction of the Emirati ruler and his lieutenants to try to influence the Trump campaign and administration.

In May 2016, during the presidential campaign, Mr. Barrack sent the Emiratis a copy of a speech that he said he had personally drafted for Mr. Trump and that praised Sheikh Mohammed by name.

“They loved it so much! This is great,” responded an Emirati intermediary, Rashid al-Malik, who was indicted along with Mr. Barrack but has remained outside the United States.

As the speech was revised, Mr. Barrack worked closely with campaign officials to ensure the remarks retained a favorable if less explicit reference to Persian Gulf allies. The Trump campaign manager, Paul Manafort, an old friend whom Mr. Barrack had recommended for the job, asked him in an email for “an insert that works for our friends” — referring to the Emiratis — and afterward a senior Emirati official gratefully emailed Mr. Barrack that “everybody here are very happy with the results.”

During the Republican convention, the updated indictment said, Mr. Barrack again worked with Mr. Manafort to tailor certain passages of the Republican platform according to Emirati input. “Can be much more expansive than what we did in the speech,” Mr. Manafort wrote in an email to Mr. Barrack, “based on what you hear from your friends.”

In November 2016, during the transition, Mr. Barrack then worked with several senior Emirati officials to arrange a phone call with President-elect Trump for Sheikh Mohammed, the indictment said. “It’s done, great call,” Mr. Malik wrote in thanks to Mr. Barrack’s aide.

Numerous inquiries. Since Donald J. Trump left office, the former president has been facing civil and criminal investigations across the country into his business dealings and political activities. Here is a look at the notable inquiries:

Manhattan criminal case. The Manhattan district attorney’s office has been investigating whether Mr. Trump or his family business, the Trump Organization, intentionally submitted false property values to potential lenders. But new signs have emerged that the inquiry may be losing steam.

New York State civil inquiry. The New York attorney general’s office has been assisting with the Manhattan district attorney’s investigation while conducting its own civil inquiry into some of the same conduct. The civil inquiry is focused on whether Mr. Trump’s statements about the value of his assets were part of a pattern of fraud or were simply Trumpian showmanship.

Georgia criminal inquiry. Mr. Trump himself is under scrutiny in Georgia, where the district attorney of Fulton County has been investigating whether he and others criminally interfered with the 2020 election results in the state. A special investigative grand jury has been seated in the case.

Jan. 6 inquiries. A House select committee and federal prosecutors are investigating the Jan. 6 assault on the Capitol and examining the possible culpability of a broad range of figures — including Mr. Trump and his allies — involved in efforts to overturn the results of the 2020 election.

Westchester County criminal investigation. The district attorney’s office in Westchester County, N.Y., appears to be focused at least in part on whether the Trump Organization misled local officials about the value of a golf course, Trump National Golf Club Westchester, to reduce its taxes.

Washington, D.C., lawsuit. The attorney general for the District of Columbia sued Mr. Trump’s inaugural committee, saying it vastly overpaid the Trump Organization for space at the Trump International Hotel during the January 2017 inaugural celebration. The committee and Mr. Trump’s family business later agreed to pay $750,000 to settle the lawsuit.

When Mr. Barrack was named chairman of the Trump inauguration, the indictment said, he agreed to a text message from Mr. Malik asking to “take care of the ME side,” referring to the Middle East, because that would “position us well.”

The wealthy gulf nations of Saudi Arabia, the United Arab Emirates and Qatar for years have sought to influence American politics and society through large donations to universities and think tanks, and through hiring armies of lobbyists to help steer bills in Congress.

During the Trump years, they intensified efforts to gain access to Mr. Trump and some of his top aides, many of whom had little foreign policy experience and whom gulf leaders viewed as particularly susceptible to influence.

The indictment comes weeks after the Justice Department unsealed court documents revealing the recent indictment of a former American ambassador for illegally lobbying for the government of Qatar and failing to disclose gifts he received while he was an ambassador.