In 2010, after Jonathan and Diana Toebbe lost their house in suburban Denver in the wake of the recession, Mr. Toebbe began repeatedly telling.. 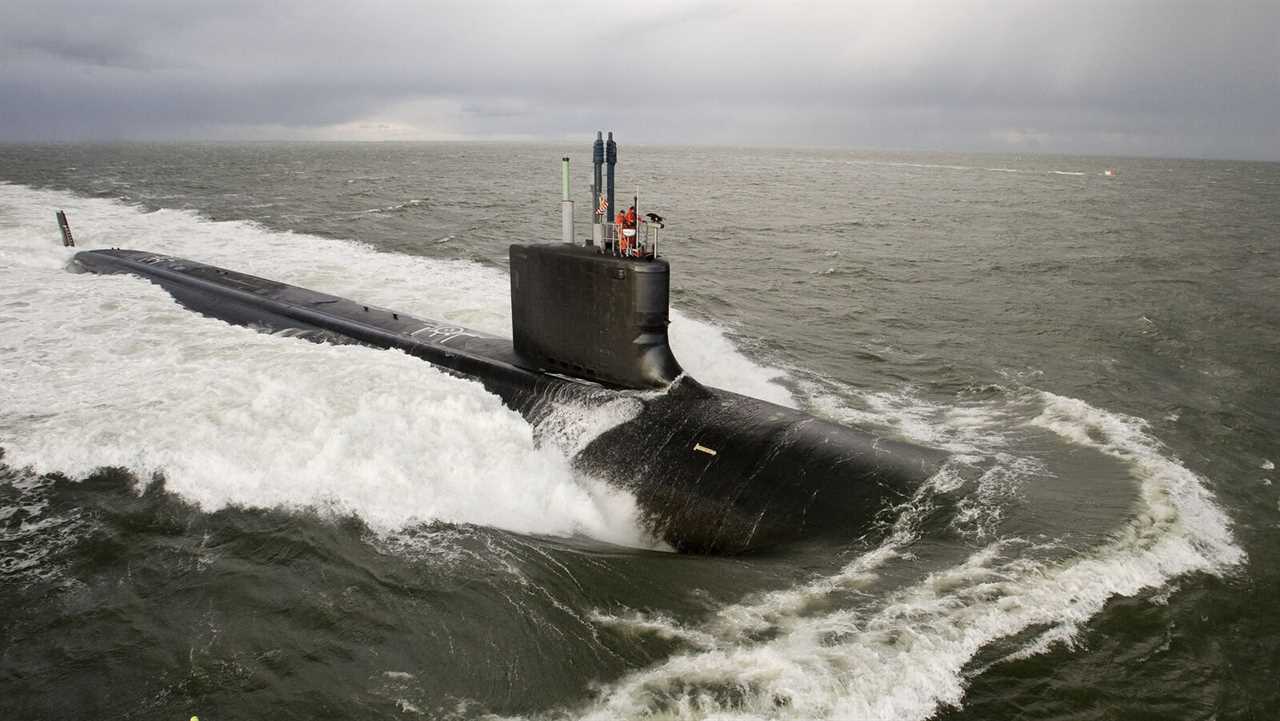 In 2010, after Jonathan and Diana Toebbe lost their house in suburban Denver in the wake of the recession, Mr. Toebbe began repeatedly telling friends he needed to “provide for his family.”

A talented graduate student with a Ph.D. project that would have taken him to a career working with America’s arsenal of nuclear bombs, Mr. Toebbe switched his focus to work related to nuclear submarine propulsion, then abandoned his doctoral studies to join the Navy. It was, a friend said, a decision based on the need to make more money quickly.

Eight years later, as a high school teacher in Annapolis, Md., Ms. Toebbe spent an entire advisory period helping a student work on a paper. When the bell rang and the student apologized for taking up so much time, Ms. Toebbe mentioned her love of teaching and, as she often did, her Ph.D.

Then, with a certain bitterness creeping into her tone, she said, “I’m not doing this for the money.”

For the last decade, the Toebbes, according to friends, colleagues, students and public documents, have faced an array of stresses: worries about money, anxieties over raising two children, a feeling of being undervalued, anger about American politics.

Then, starting last year, prosecutors say, the Toebbes took a fateful step: They tried to sell some of America’s most closely guarded nuclear submarine secrets to a foreign power for an initial payment of $100,000 in cryptocurrency, leading to their arrest this month on espionage charges.

The government has yet to say what it believes motivated the Toebbes, though investigators think money may have been a major factor, according to people briefed on the case. Interviews with current and former friends and colleagues do not suggest any singular reason.

The Toebbes had lately seemed to be far more financially stable than they had been a decade ago, earning somewhere in the vicinity of $200,000 a year between them and living in their own home in a middle-class neighborhood in Annapolis. They are scheduled to appear on Wednesday in a West Virginia federal court, where they will have an opportunity to challenge the government’s request to have them held without bail.

None of the Toebbes’ friends or colleagues say they thought the couple would one day be accused of betraying their country. Yet many talked about critical moments in the lives of Jon, 42, and Diana, 45, when they were disappointed by careers, family and their country.

This article is based on nearly two dozen interviews with people who knew the Toebbes. Most would not agree to be quoted, citing the classified nature of Mr. Toebbe’s work, the ongoing criminal investigation or requests from Ms. Toebbe’s employer, the Key School, not to speak to journalists.

Investigators from the Naval Criminal Investigative Service are still examining how Mr. Toebbe, who continued to work for the Navy as a civilian after leaving the active duty in 2017, could have smuggled out classified material and put it on computer memory cards — a feat that has puzzled current and former officers. A series of thefts of military secrets in recent years has tightened security: External drives and cards cannot be placed in military computers, and photocopiers and printers track who uses them, and for what purpose.

Some students, parents and former colleagues said that Ms. Toebbe became overtly political in her classroom, angered by the Trump presidency and what it seemed to show about America.

“It just seems so out of character,” Janet Monge, who as a curator at the University of Pennsylvania Penn Museum worked with Ms. Toebbe during her graduate research, said in an email exchange. “Not very academic and thoughtful at all.”

In 2005, the couple, who had married in Georgia two years before, moved to Colorado, after Ms. Toebbe finished her Ph.D. in anthropology at Emory University. Both took jobs at the private Kent Denver School.

Two years later, Mr. Toebbe started his own Ph.D. program at the Colorado School of Mines. The nuclear physics program there is funded in good measure by government grants. It funnels many of its students to jobs at the national labs, for work on nuclear weapons, or to naval reactors, where they can work on the next generations of nuclear submarines or aircraft carriers.

Mr. Toebbe’s initial project, involving work related to nuclear fusion at the Lawrence Livermore National Laboratory, would have taken him to a career in California, working at the lab and on nuclear weapons. Colleagues remember him as a diligent student and a strong presenter who could convey complex ideas to an audience.

But the Ph.D. program provided only a $20,000 annual stipend. Ms. Toebbe’s teaching salary was also modest. In 2005, they purchased a newly constructed four-bedroom house for $268,500 in the Denver suburb of Aurora, with two mortgages covering the entire cost.

When the financial crisis hit in 2008, housing prices dropped precipitously. By July 2010, the couple was behind on mortgage payments and the lender filed for foreclosure. The Toebbes were forced to sell at a significant loss.

Around the same time, Mr. Toebbe began talking to friends about his need to support his family and earn more money. While working at the national lab would eventually lead to a better-paying career path, the military offered a quicker pay increase. Mr. Toebbe swapped research projects, taking a less promising line of study, but one that would take him to the East Coast. And in July 2012, abandoning his Ph.D. and settling for a master’s degree, he joined the Navy.

In the summer of 2012, they moved with their young children to Annapolis.

In the Navy, Mr. Toebbe, who reached the rank of lieutenant, worked mostly in the Washington area, mainly on naval reactors, but also did a brief tour at the Pentagon. A key question for prosecutors — and one being debated by Navy officials — is when Mr. Toebbe began collecting the information that prosecutors say he eventually tried to sell.

Court documents say Mr. Toebbe had physical access to that information when he was assigned to the Bettis Atomic Power Laboratory, a government-owned research center near Pittsburgh. But Mr. Toebbe was assigned there for only five months in 2014.

He remained on active duty until 2017, when he joined the Navy Reserve. As a civilian, he continued working in the Washington Navy Yard on one of the most important projects the Navy has, designing the reactors for the next generation of nuclear-powered, and nuclear-armed, submarines — the Columbia class. He earned $153,737 a year, according to U.S. government officials.

In Annapolis, Ms. Toebbe quickly made herself at home teaching at the Key School, a small, liberal private institution built on a former farm.

Inside her classroom were long wooden desks arranged to facilitate discussions, a mini-fridge stocked with Diet Cokes and a pillow corner for students to relax.

Students called her by first name, and she won over many of them with her passion for history and willingness to write college recommendations.

Students and colleagues described her as confident, and many mentioned the pride she took in her Ph.D. In her dissertation, she studied Bronze and Iron Age skeletal remains from Iran. Her professors said her work showed great promise, and several expressed surprise and disappointment that she had not pursued an academic career at a university.

“She was a pretty outspoken feminist,” said Garrett Karsten, 20, a junior studying philosophy at Hamilton College in New York. “She wasn’t afraid to make her opinion known. I think some kids had a problem with that, but most people basically agreed with her.”

She would sometimes complain about her pay and the wage gap between men and women, mentioning she could make more money elsewhere, some students said. (Former colleagues differed in their estimates of how much she earned, but most said it was probably about $60,000.)

“I feel teachers would not normally say things about packing up and moving,” he said. “She seemed serious, rather than joking.”

Even before the pandemic, the Toebbes never socialized much with neighbors, and she had only a few close friends at the school, eschewing gatherings of teachers.

When the pandemic hit last year and her school went to remote learning, there were indications that Ms. Toebbe was struggling. Some student emails went unanswered. Invitations to moderate outside-of-class online debates — the kind of activity she once relished — were declined. The couple’s children, then 10 and 14, were constantly fighting, according to Ms. Toebbe’s social media posts.

As the pandemic went on, and the Key School began to bring instructors back into the classroom, Ms. Toebbe chose to continue teaching remotely, surprising her students.

It was just a few weeks into the pandemic, in April 2020, when prosecutors say the Toebbes sent a package to an as yet unidentified country. In December, the Federal Bureau of Investigation obtained the package and then, the day after Christmas, sent an encrypted message to the Toebbes offering to buy the information, communications that eventually led to their arrest.