An online platform used in some New York City public schools has been out of service since last Saturday after a “security incident,” forcing.. 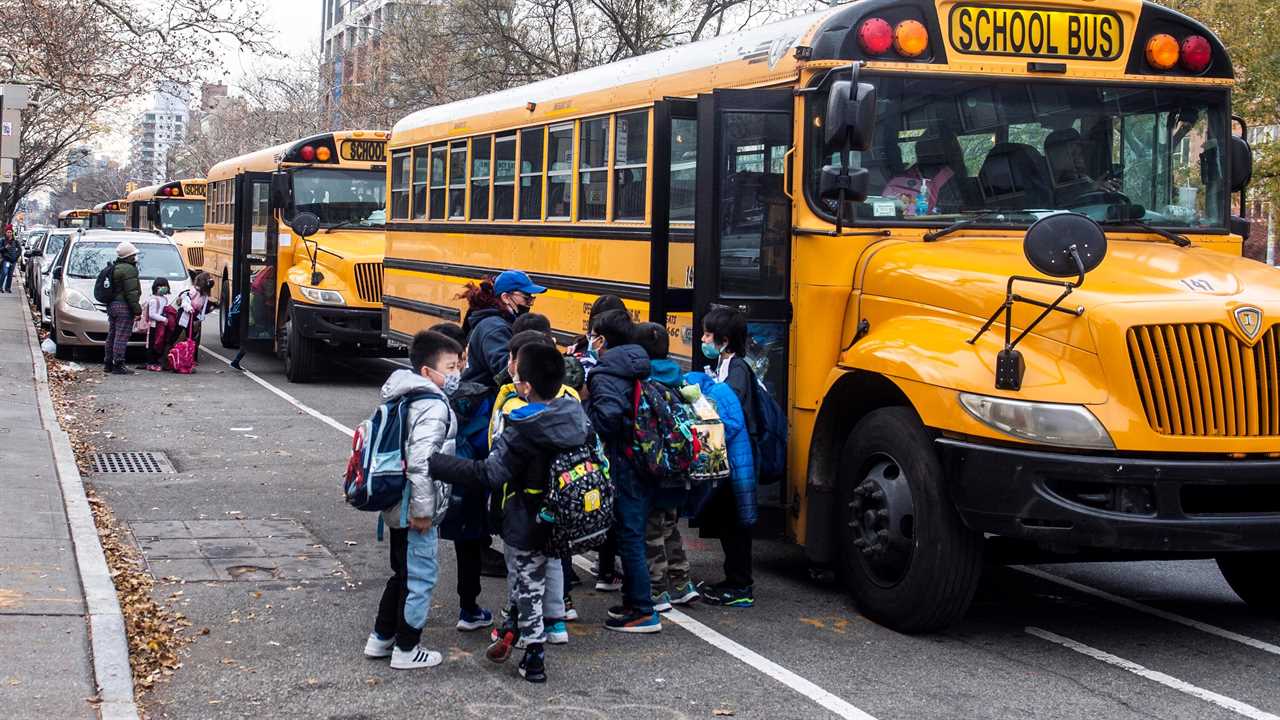 An online platform used in some New York City public schools has been out of service since last Saturday after a “security incident,” forcing teachers to rely on more traditional ways of recording grades, tracking attendance and contacting students and parents.

School officials were unable to provide a figure for how many schools had been affected by the outage, but several teachers said in interviews that it was complicating their work.

“There have been very brief outages from time to time in the past, so when this first happened, that’s kind of what I was expecting, and I wasn’t concerned,” said Jeremy Copeland, a history teacher at the School of the Future high school in Manhattan. “But now that it’s been almost a week, it’s really alarming.”

The problem comes as the city’s public school system — the largest in the United States, with roughly one million students — is already struggling through a third academic year clouded by a variety of disruptions caused by the coronavirus pandemic.

Accurate attendance numbers are especially important as officials weigh whether to offer students a remote-learning option. Mayor Eric Adams, who had previously avoided such a move, said on Thursday that “we do have to be honest” that “a substantial number of children, for whatever reason,” were not going to school.

The teacher-focused platform that stopped working last Saturday, Skedula, is operated by Illuminate Education, a California company that has contracts with individual schools. According to a service interruption notice on the platform, the service remained unusable on Friday. A statement said the disruption had been caused by “an attempted security threat.”

The company also operates PupilPath, a counterpart service for students and parents that is also used by some New York City schools. It, too, has been out of service since last Saturday.

The outage was reported earlier this week by The Daily News.

Scott Virkler, Illuminate Education’s chief operating officer, said in a statement that the company’s “priority is to restore service as soon as possible and do everything in our power to help users.” He declined to comment on the nature of the security threat, saying that an investigation was continuing.

According to the company’s website, more than 17 million students and 5,200 districts and schools across the country use its services.

Under the terms of its contracts with schools, Illuminate Education must report its findings to the Education Department, as part of its agreement with the city. A spokeswoman for the department said in a statement that “so far there is no confirmation any of our schools’ information was accessed or taken.”

A spokeswoman for the New York City Special Commissioner of Investigation, an independent agency with oversight of the city’s schools, said the office had not been contacted about the matter.

Skedula, which is also known as IO Classroom, can be used with other online tools that teachers rely on, including Google Classroom, in ways that make it easier to post assignments and track grades and attendance. Teachers also use the platform to take notes about students who are struggling in class and who may require the intervention of guidance counselors.

The timing of the outage has been a particular problem for many teachers, with the end of first semester quickly approaching and final grades due. This is also a period when teachers typically review their grade books as well as students’ progress in class.

Schools Chancellor: David Banks. The longtime New York City educator, who rose to prominence after creating a network of public all-boys schools, takes the lead at the nation’s largest public school system as it struggles to emerge from the pandemic.

Commissioner of Correction Department: Louis Molina. ​​The former N.Y.P.D. officer, who was the chief of the Las Vegas public safety department, is tasked with leading the city’s embattled Correction Department and restoring order at the troubled Rikers Island jail complex.

Chief Counsel: Brendan McGuire. ​​After a stint as a partner in a law firm’s white-collar practice, the former federal prosecutor returns to the public sector to advise the mayor on legal matters involving City Hall, the executive staff and administrative matters.

Transportation Commissioner: Ydanis Rodriguez. ​​The Manhattan council member is a trusted ally of Mr. Adams. Mr. Rodriguez will face major challenges in his new role: In 2021, traffic deaths in the city soared to their highest level since 2013, partly due to speeding and reckless driving.

Health Commissioner: Dr. Ashwin Vasan. Dr. Dave A. Chokshi, the current commissioner, stays in the role to provide continuity to the city’s pandemic response. In mid-March, Dr. Vasan, the president of a mental health and public health charity, will take over.

Deputy mayors. ​​Mr. Adams announced five women as deputy mayors, including Lorraine Grillo as his top deputy. Philip Banks III, a former N.Y.P.D. chief who resigned while under federal investigation in 2014, later announced his own appointment as deputy mayor for public safety.

Students who have work they need to make up are now struggling to determine what their outstanding assignments are, said Robyn Katz, who teaches world history to ninth graders at the High School for Public Service in Brooklyn.

“This is throwing such a wrench into things at such a terrible time,” Ms. Katz said. “It’s just making everything so much more difficult for the kids, for the adults, for the parents, for everybody.”

Students at the Leon M. Goldstein High School for the Sciences in Brooklyn are among those who are growing anxious, said America Billy, an 11th- and 12th-grade English teacher.

“I worry about adding another level of distraction at this time,” she said.

Ms. Billy decided to use $90 in discretionary funds earmarked for classroom supplies to buy a different type of software, Jupiter Ed, as a result of the Skedula outage.

Creating a new grade book has been “time consuming,” she said, and now the money is not available for essential items like books. She said she was also worried that once the platform was working again, the grades it shows might not be accurate.

Sarah Casasnovas, the Education Department spokeswoman, said that teachers could still record attendance and final grades in Automate the Schools and STARS Classroom, two systems that “are running smoothly and were not impacted by this incident.”

Mr. Copeland said he had used the Skedula platform to help in the transition back to in-person learning at the School of the Future and to help with tracking virus outbreaks. He said the software had allowed him to identify students, who are typically wearing masks in class, via photos in Skedula. He said he had also relied on the platform to create seating charts.

“When I get my weekly or daily call that a Covid positive is in my class, and that they need to start contact tracing,” he said, “I can pull up that seating chart, the most recent version of it, and forward it to my administrator.”