JOE Biden hailed Britain as America’s “closest ally in the world” as he met PM Liz Truss for the first time tonight. Cementing the special..

JOE Biden hailed Britain as America’s “closest ally in the world” as he met PM Liz Truss for the first time tonight.

Cementing the special relationship at the UN in New York, Ms Truss agreed the US was a “steadfast ally” to the UK. 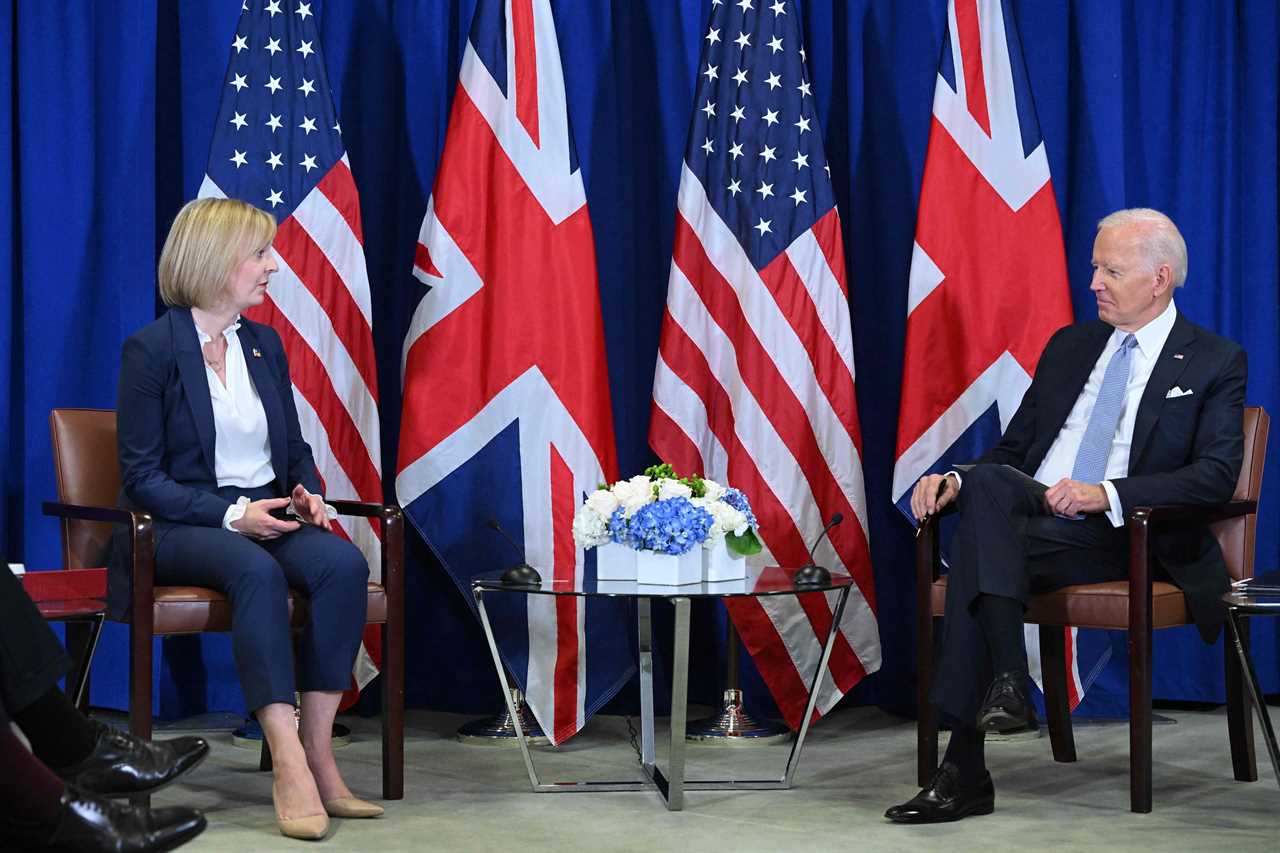 But they braced for an awkward behind-closed-doors chat about Brexit as Biden prepared to confront the PM on her stance.

They were originally supposed to meet at Downing Street when Biden flew in for the Queen’s funeral – but it was postponed at the last minute.

The war in Ukraine is set to dominate the discussion as Putin ramps up his crazed threats against the West.

But the pair could collide on Brexit as President Biden prepares to confront Ms Truss on the Northern Ireland Protocol.

The PM is threatening to rip up the deal if the EU continues to insist on trade checks for goods flowing between Britain and Northern Ireland.

President Biden is pushing for a negotiated settlement amid feats the peacekeeping Good Friday Agreement would be jeopardised.

The White House confirmed on Tuesday the President would broach the thorny topic with Ms Truss at their bilateral meeting.

The relationship also showed signs of strain yesterday when Biden scolded the economic policies some say are advocated by Ms Truss.

He tweeted: “I am sick and tired of trickle-down economics. It has never worked. We’re building an economy from the bottom up and middle out.”

Ms Truss’ spokesman said it was “ludicrous” to suggest this was a direct attack on her.