JEREMY Hunt today insisted he DOESN’T want to drag Britain back into the single market, after being accused of privately mulling a new Brexit deal..

JEREMY Hunt today insisted he DOESN’T want to drag Britain back into the single market, after being accused of privately mulling a new Brexit deal.

The Chancellor sparked an uproar this week when reports emerged he was thinking of ripping up Boris Johnson’s Brexit deal in favour of a Swiss-style relationship with Brussels. 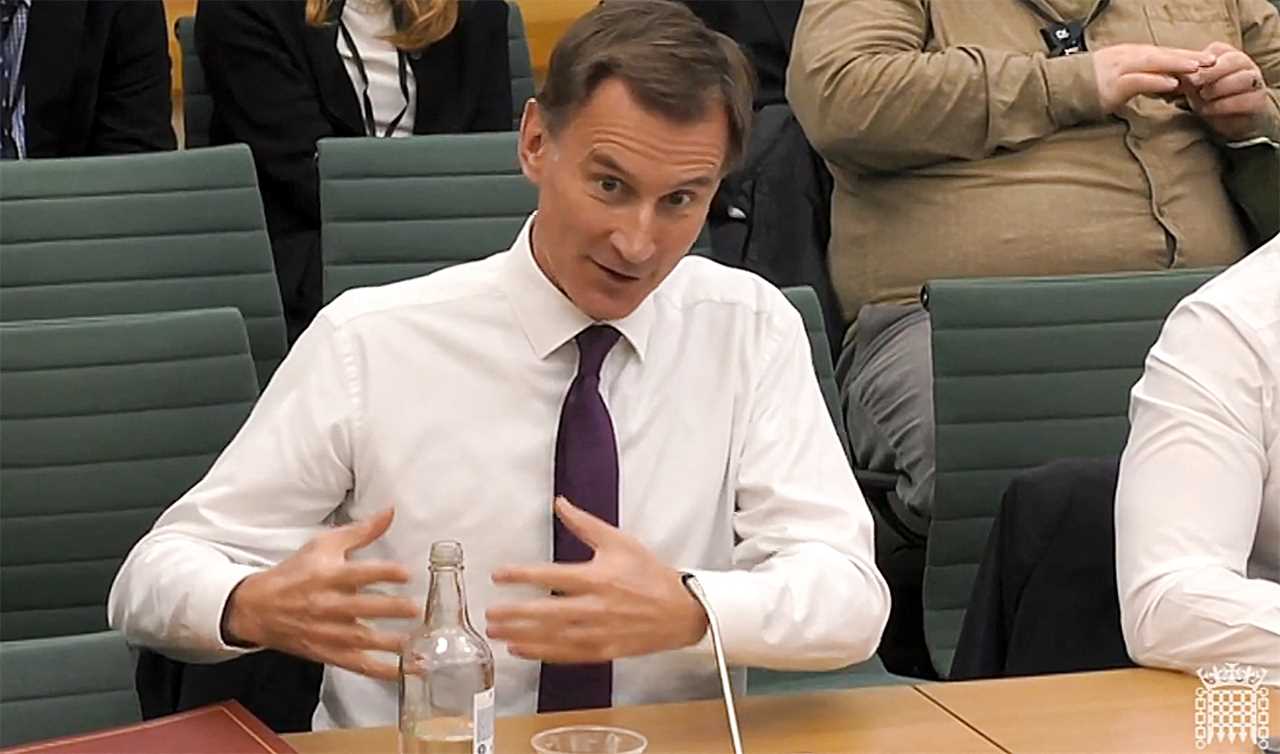 But today Remain-supporting Mr Hunt denied he ever had any intention of betraying Leave voters.

The Chancellor said: “I want to be clear about what I have said in public and in private, and be absolutely clear that my position and the government’s position has been and has always been to support… full regulatory independence.

“I think you can look at the Autumn Statement to see that is what I believe, because it’s what I actually did.”

Mr Hunt added: “I can rule out any suggestion that it has ever been the government’s intention… to move to a situation where we don’t have full control of our regulations and to compromise on freedom of movement.

“I can absolutely say that has never been our position and we have not set those hares running.”

On Monday Rishi Sunak vowed the UK would not pursue a post-Brexit relationship “that relies on alignment with EU laws”.

Eurosceptics warned the Government against “betraying” Brexit following accusations of a Treasury plot.

Such a deal would see the UK forced to obey EU laws, ease migration control and even pay cash to Brussels — red lines for hardline Brexiteers.

In a speech to business leaders in Birmingham, Mr Sunak said: “I voted for Brexit, I believe in Brexit and I know that Brexit can deliver, and is already delivering, enormous benefits and opportunities for the country.”

He hailed migration controls as a major Brexit bonus but left the door open to more skilled workers coming to Britain.

Former Brexit Secretary David Davis told Times Radio the Swiss deal is “almost as binding” as being in the Single Market.