Inside the dramatic day Boris Johnson resigned, with tears, chocolate and more ‘sex pests’ lined up as ministers

WHEN it seems that the whole world is against you, it’s good to have a friend you can turn to.For Boris Johnson, there was only one politician he..

WHEN it seems that the whole world is against you, it’s good to have a friend you can turn to.

For Boris Johnson, there was only one politician he could trust to lend a sympathetic ear after the most traumatic day of his career. 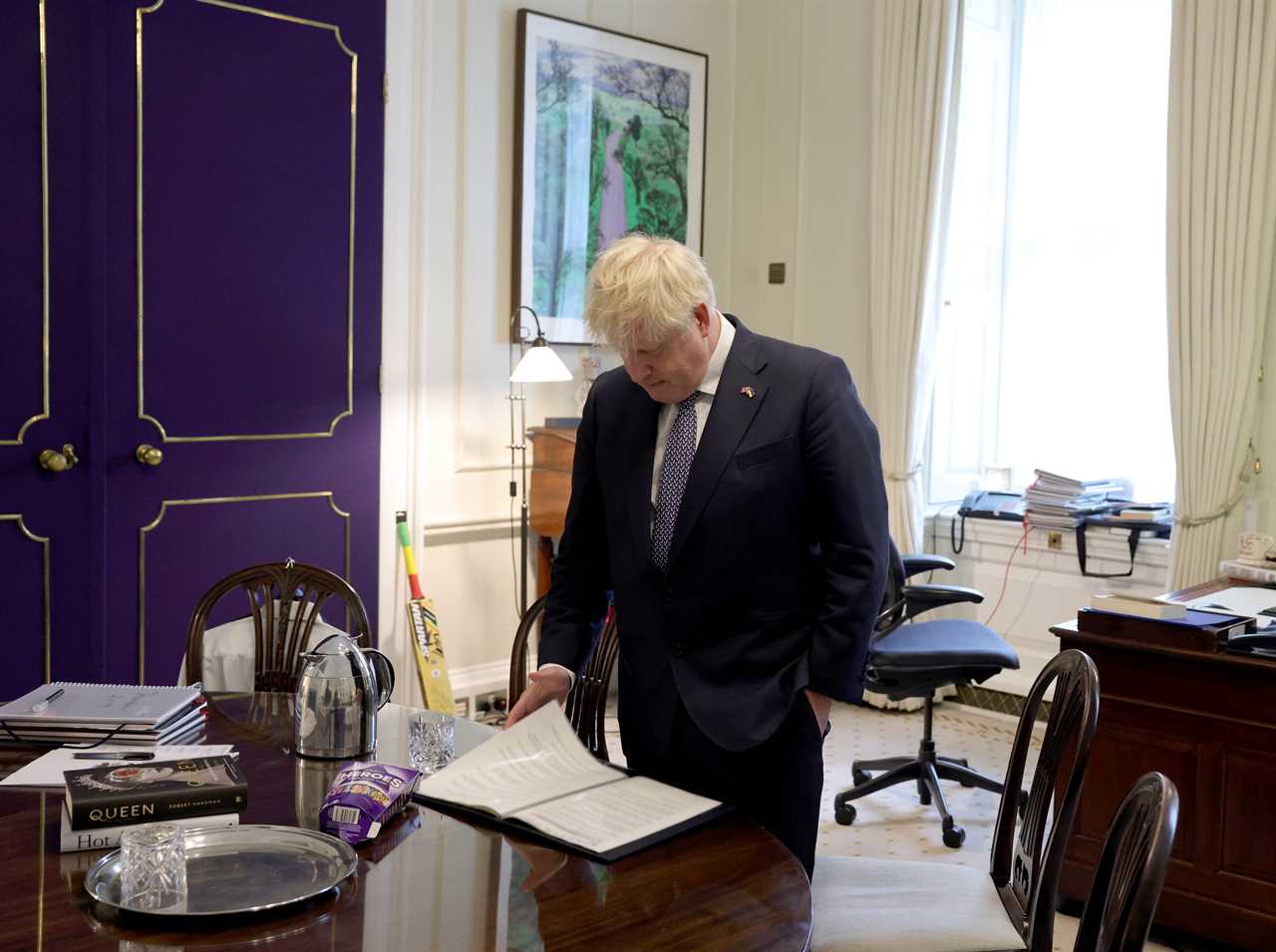 Boris Johnson reads his resignation speech, with chocolates bought by loyal supporters still on his No10 desk 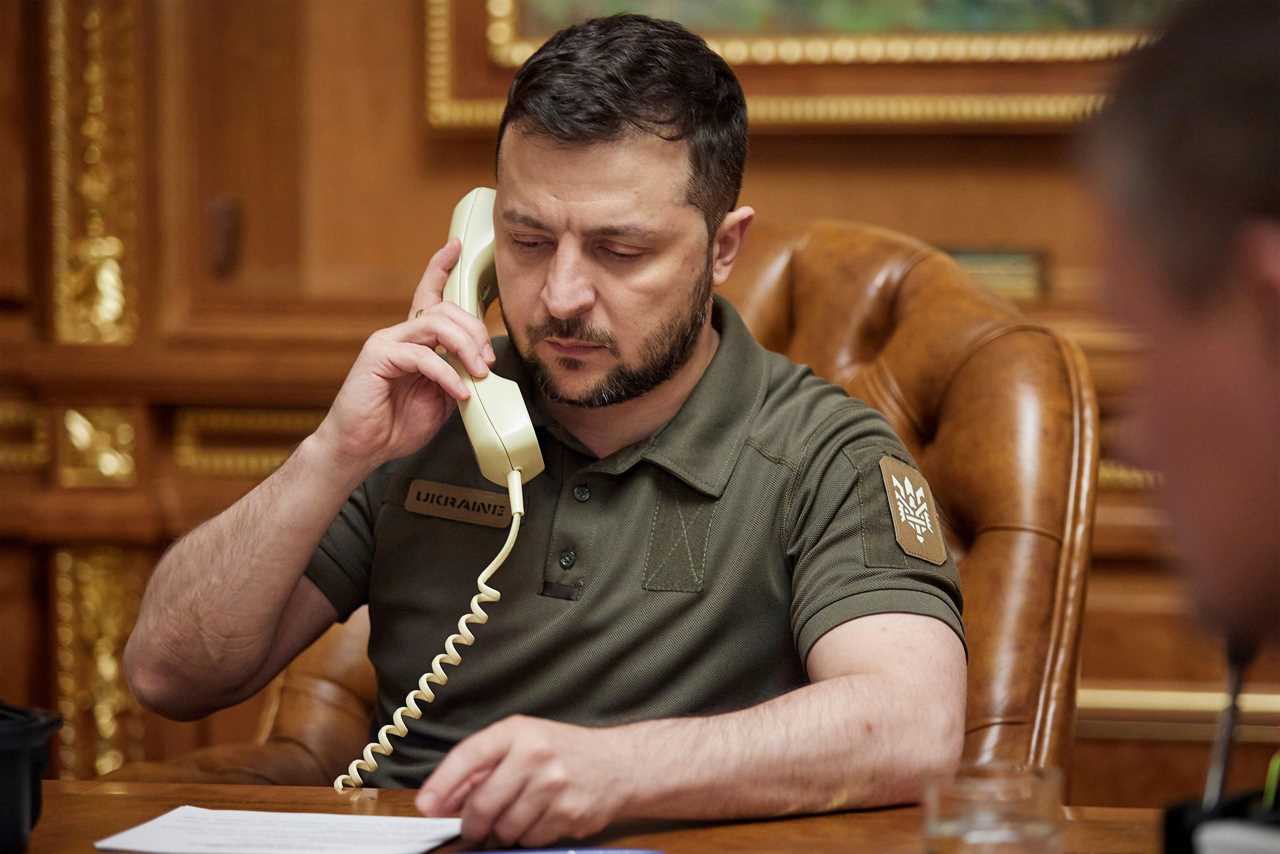 In a chat described as ‘intimate’, President Volodymyr Zelensky insisted: ‘No, you are the hero, Boris. Everybody in Ukraine loves you, too’ 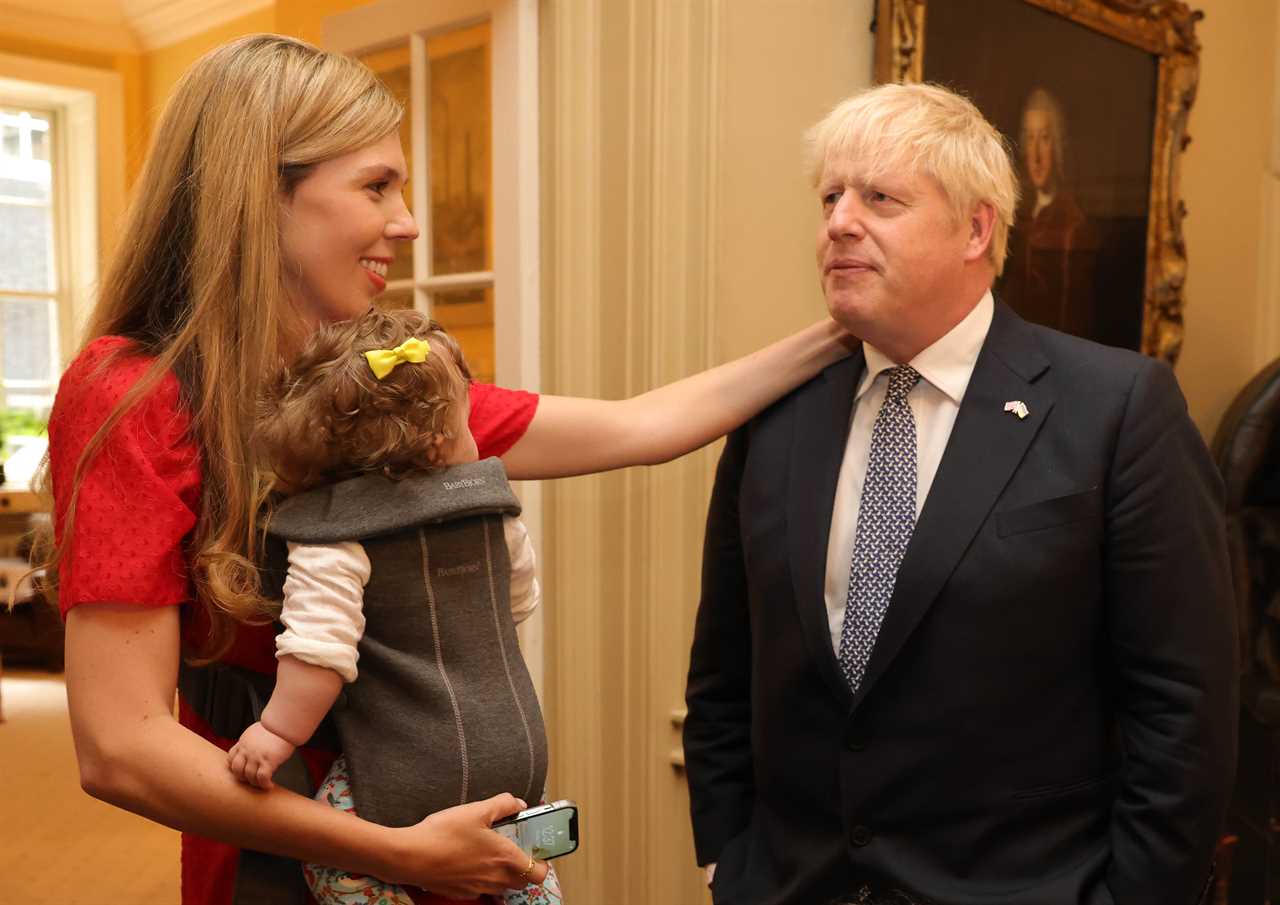 So the first thing he did after resigning outside No10 was to call Volodymyr Zelensky.

In a chat described as “intimate”, he assured the Ukraine leader of Britain’s “unwavering cross-party support” and said: “You’re a hero. Everybody in the UK loves you.”

The president insisted: “No, you are the hero, Boris. Everybody in Ukraine loves you, too.”

Quick as a flash, the PM replied: “Not in London, they don’t, sadly.”

The two men, speaking in their bunkers 1,500 miles apart, were able to raise a wry smile.

The PM then marked the end of his reign with another party — this one entirely above board.

He summoned 20 members of staff into his “den” for a glass of champagne and some coronation chicken sandwiches.

In a week of political psychodrama, the PM faced so many ­resignations he almost had to resort to replacing them with MPs accused of being sex pests.

At one stage he likened himself to the Japanese soldier who refused to surrender for three decades after the war had ended.

And senior civil servants were so concerned Mr Johnson would call an election that they rang Buckingham Palace to raise the alarm.

Perhaps a drink with staff was the most fitting way to mark the end the most dramatic 48 hours in a Premiership dogged by revelations of lockdown-busting parties.

Loyal staff were in tears as the PM raised a glass to them all — before telling them to stop or he’d be “getting the onion out” himself.

Throughout the evening, senior MPs trooped through the famous black door on No10 Downing Street to tell Mr Johnson the game was up. Others called in from overseas trips to tell him the same.

His instinct was to carry on fighting. He joked to staff that he was like Japanese soldier Hiroo Onoda, who remained at war for 29 years after his army surrendered to the Allies in 1945.

The PM said defiantly: “We fight on whatever. I have a mandate from 14million people. If anyone quits, we’ll simply replace them.”

Cabinet allies vowed to stand with him. One said: “If you want to fight, we will stand shoulder to shoulder with you.”

Another added: “He was dug in deep without a plan of how he would either win the battle or find a way to surrender.” The PM also clung on because he was determined to stay until at least August 4 — to overtake the three years and 11 days Theresa May was in No10.

An ally said: “He feared she’d be for ever smirking that the man who destroyed her couldn’t hold on to the job as long as her.”

Cabinet Office Minister Michael Gove, who knifed Boris during his 2016 tilt at the leadership, gently and privately advised it was time to surrender — only to be sacked.

One pal said Mr Johnson clung on so long as he deeply regretted throwing in the towel after Mr Gove’s treacherous actions six years ago.

Cabinet Secretary Simon Case was in contact with Buckingham Palace as one ally began pushing for a General Election.

The PM put a stop to it and vowed he would not take such desperate action. But two key ­visitors that evening were able to persuade him to reconsider.

Sir Graham Brady, chairman of the 1922 backbench committee, met Mr Johnson in the Cabinet room where he spelled out starkly what would happen if he refused to go.

He warned him that a new executive would be voted in on Monday and was likely to change the rules to allow a second confidence vote, which he was certain to lose.

It was better to make a dignified exit, he said, than be unceremoniously dumped. But his advice fell on deaf ears.

Cabinet number cruncher Grant “Spreadsheet” Shapps then trooped in with the information that stopped Boris in his tracks.

The minister, who was just one vote out when he predicted the PM would win the support of 212 MPs during the last challenge, walked in with some sobering facts.

He warned that if a re-run went ahead, as few as 30 MPs would back him in a confidence vote — condemning him to certain and humiliating defeat.

The PM retired to bed, where he discussed his plight with wife ­Carrie, and woke up to what staff described as a “moment of clarity”.

The decision to resign was made at 6am and he set about writing the speech which was delivered at the lectern outside at 12.30pm.

Mr Johnson, comforted by wife Carrie soon after, had been about to include a dig at social media’s role in his downfall but was persuaded to delete a line suggesting he would have survived if Twitter had been blacked out.

His closest allies were rounded up to line Downing Street for his grand exit — and a box of Cadbury’s Heroes chocolates was waiting on his desk when he returned.

Pals say Mr Johnson won’t be a “back seat driver” when he stands down in the next few weeks.

But they warn he does hope to be a “guardian of his legacy”. One said: “Don’t expect any back bench interventions from Boris — unless anyone dares to take their foot off the pedal when it comes to delivering the benefits of Brexit.” 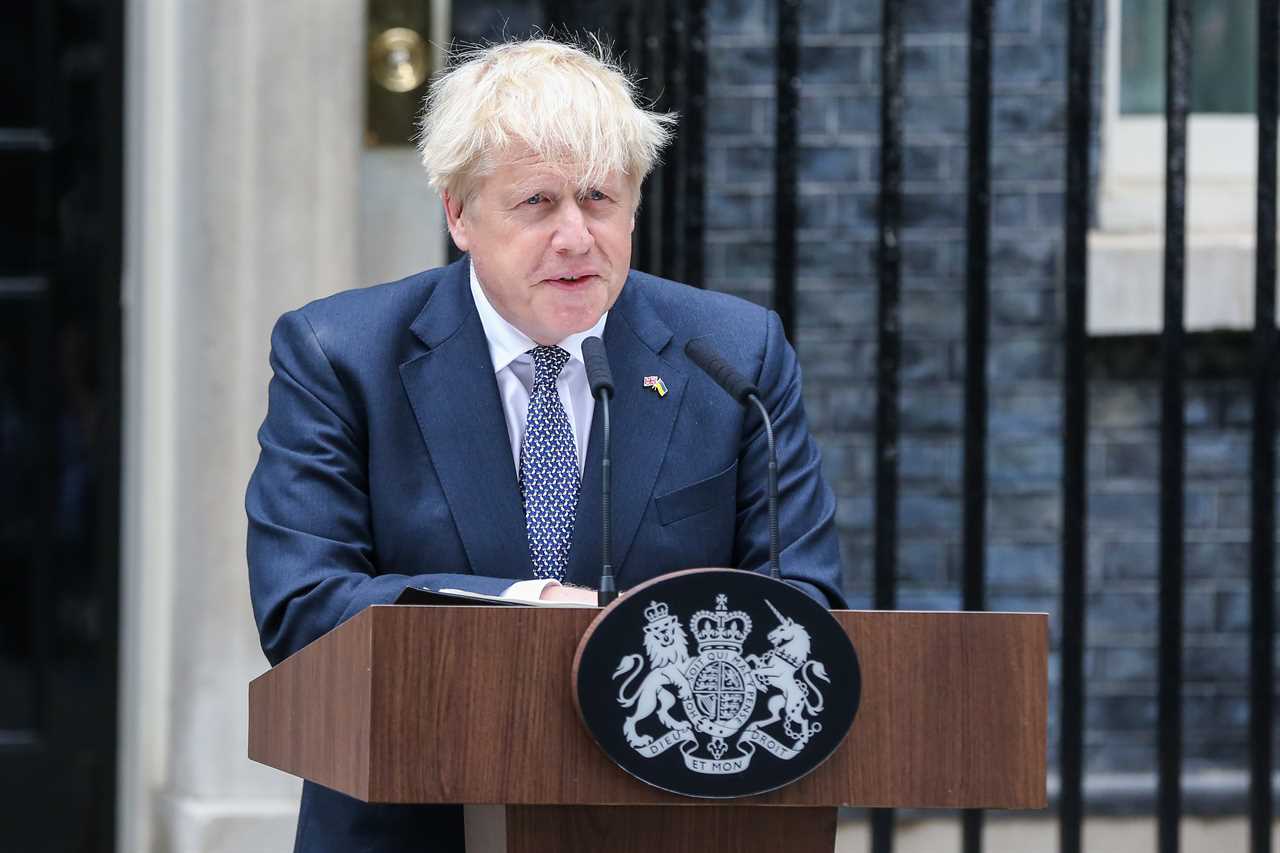 Boris delivers his resignation speech outside No10