BORIS Johnson’s historic tax hikes sailed through the Commons tonight after a brewing backbench rebellion melted away.MPs voted through the..

MPs voted through the controversial £36billion NHS and social care package by 319 votes to 248, a majority of 71. 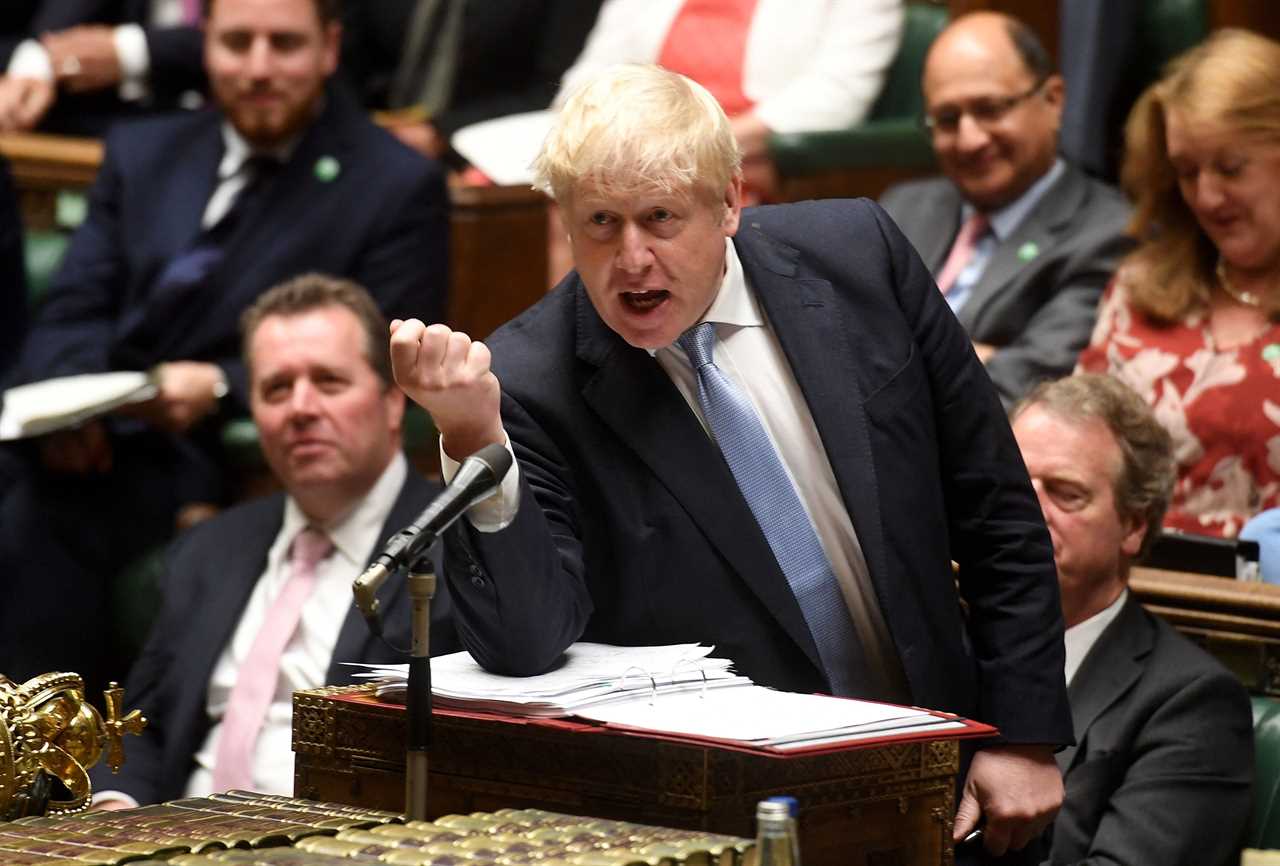 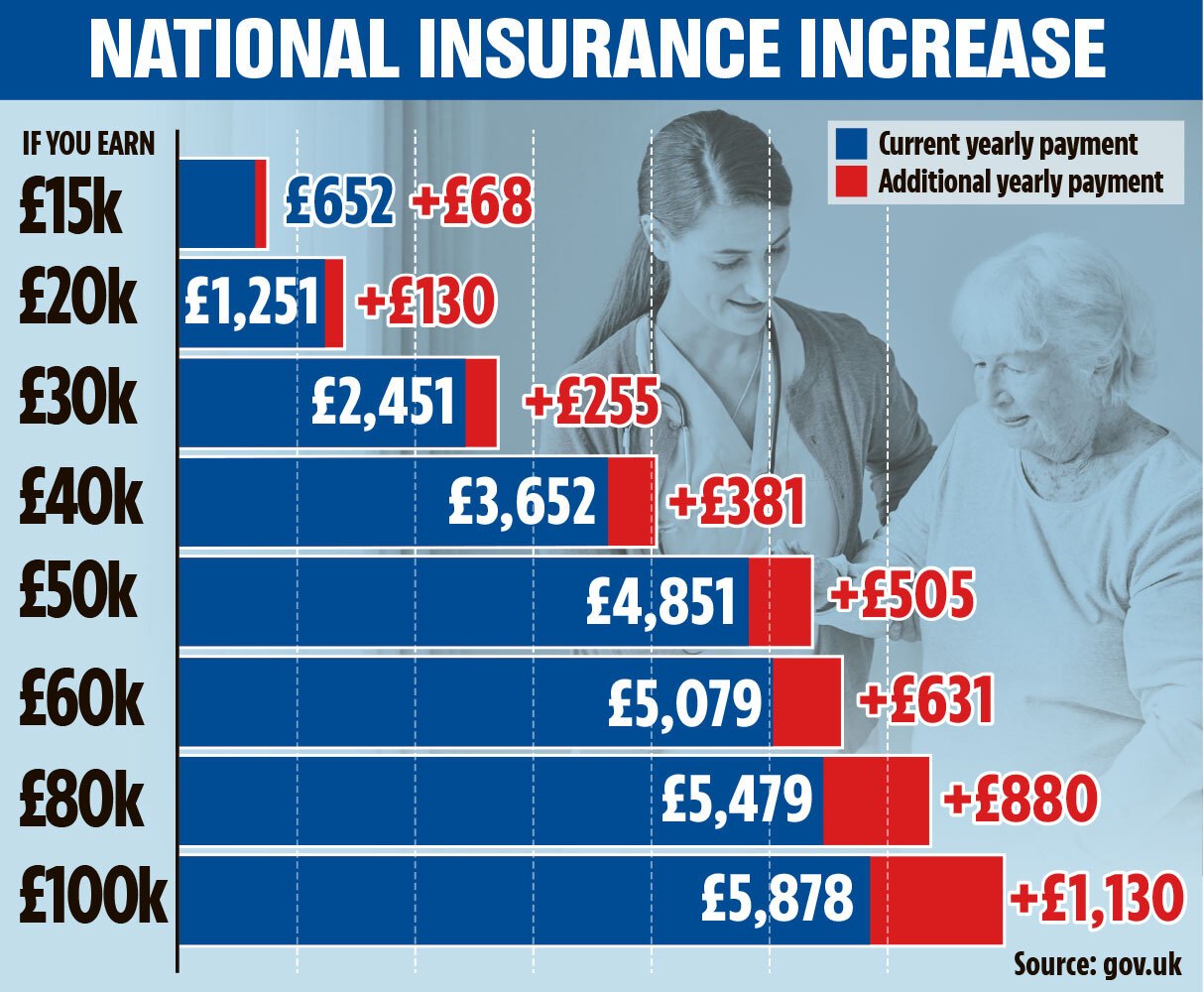 Despite Labour opposition, the PM secured the majority in Parliament after whipping mutinous Tory colleagues into line.

Only a handful of disgruntled Conservative MPs broke ranks to rebel against the 1.25 per cent rise in National Insurance and dividend levies.

Red Wall ringleader and ex-minister Jake Berry accused the Government of “throwing other people’s money down a bottomless pit” with a “fundamentally un-conservative” tax raid.

The PM yesterday unveiled a £12billion-a-year cash injection over three years to tackle the NHS backlog and cap care costs at £86,000 over a lifetime.

Sir Keir Starmer said the PM was “hammering” working people while failing to offer guarantees pensioners won’t have to sell their homes.

During a fiery PMQs Mr Johnson hit back by claiming the Labour leader was talking “a minestrone of nonsense”.

A wider Tory revolt of Tories furious with the PM for breaking a flagship election pledge not to raise National Insurance was muzzled.

Some unhappy Conservatives abstained to avoid the repercussions from disobeying a three-line whip, with some still making up their minds late tonight.

The PM rallied wavering Tories to his plan during a 1922 committee this evening.

Earlier Sajid Javid pleaded with fellow Tories that hiking taxes to pay for crippling NHS and care costs was “a very Conservative move”.

The Health Secretary tried to convince voters the Government’s £12billion-a-year tax raid was smart book-keeping after months of Covid spending.

He told BBC Breakfast: “As Conservatives, we believe in the NHS, that it should be the world-class universal health service, free at the point of use, paid out of general taxation for all of us.

“If we believe in an NHS that’s paid out of general taxation, this is a very Conservative move.

“Also as a Conservative, I believe in fiscal responsibility. That means that if we are going to raise taxes you’ve got to be able to absolutely 100 per cent justify that, and I think we’ve done that both with health care and the adult social care package yesterday, but also you should try and keep taxes as low as possible and be as fair as possible.

“This tax increase yesterday is a very progressive way of raising money, but also it means that even after this change, I think we end up with something like a tax rate versus our GDP of 35.5 per cent in total, and that is still lower than Germany, it’s lower than Italy, it’s lower than France, so we remain a low tax country, and that’s important to me.”

The Health Sec later confirmed he still has a portrait of Mrs Thatcher hanging in his office.

Mr Johnson has also consistently championed low taxes and once described NICs hikes as the unfairest tax to raise.

The PM did admit the rise ripped up a 2019 election pledge not to raise NICs, VAT or income tax.

He said unprecedented spending to pay for pandemic support justified the broken promise – and didn’t rule out more hikes.

Top economists at the IFS think tank today warned social care could get slim pickings if the ballooning NHS budget gobbles up all the cash.

Resolution Foundation number-crunchers estimated the NHS to make up 40 per cent of all public spending in three years time – up from 28 per cent in 2004.

Business chiefs last night savaged the PM for hammering firms with tax raids so soon after a “torrid” 18 months of lockdown.

British Chamber of Commerce top economist Suren Thiru said the NI rise would be a “drag anchor on jobs” already teetering on the brink.

He said the hikes would also “dampen the entrepreneurial spirit needed to drive the recovery”.

The big business leader said: “Government must be wary of heaping further pressure on businesses who will be central to the recovery, particularly by making it more expensive to recruit.” 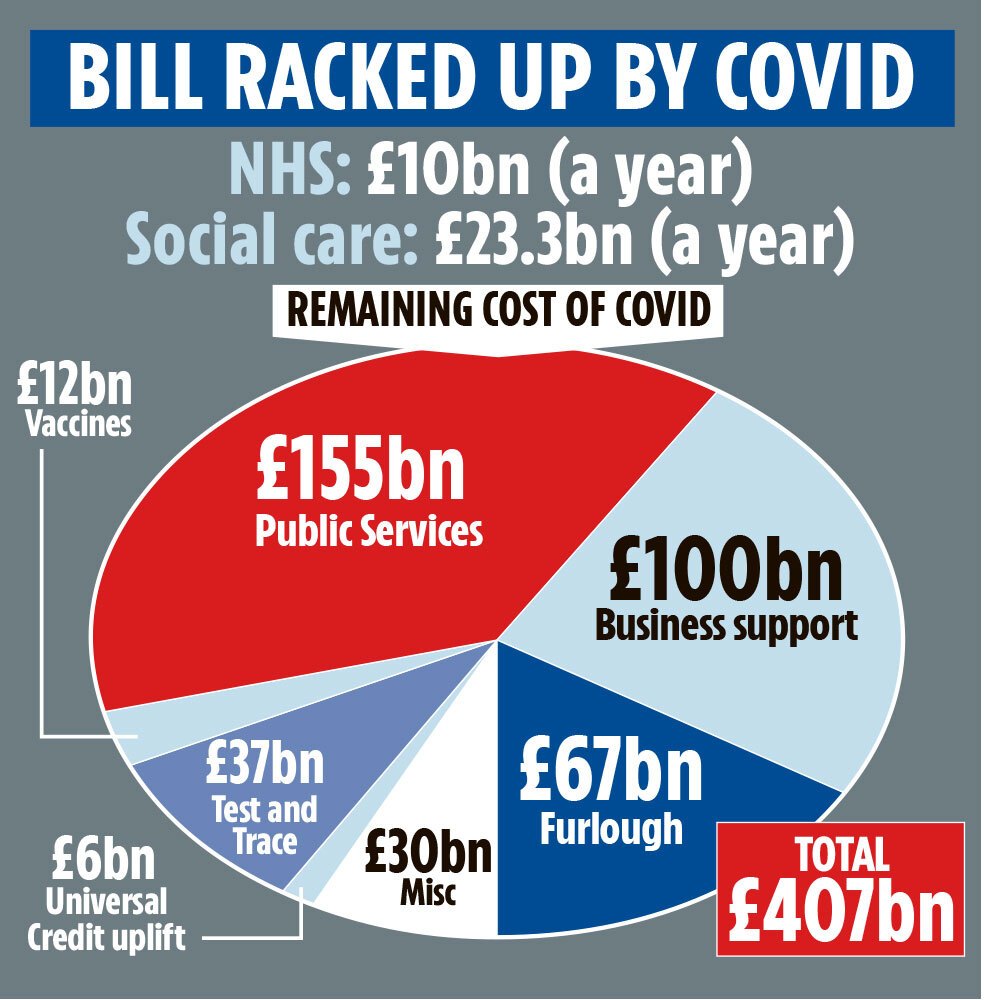