The Revolt of the College-Educated Working Class

Over the past decade-and-a-half, many young, college-educated workers have faced a disturbing reality: that it was harder for them to reach the.. 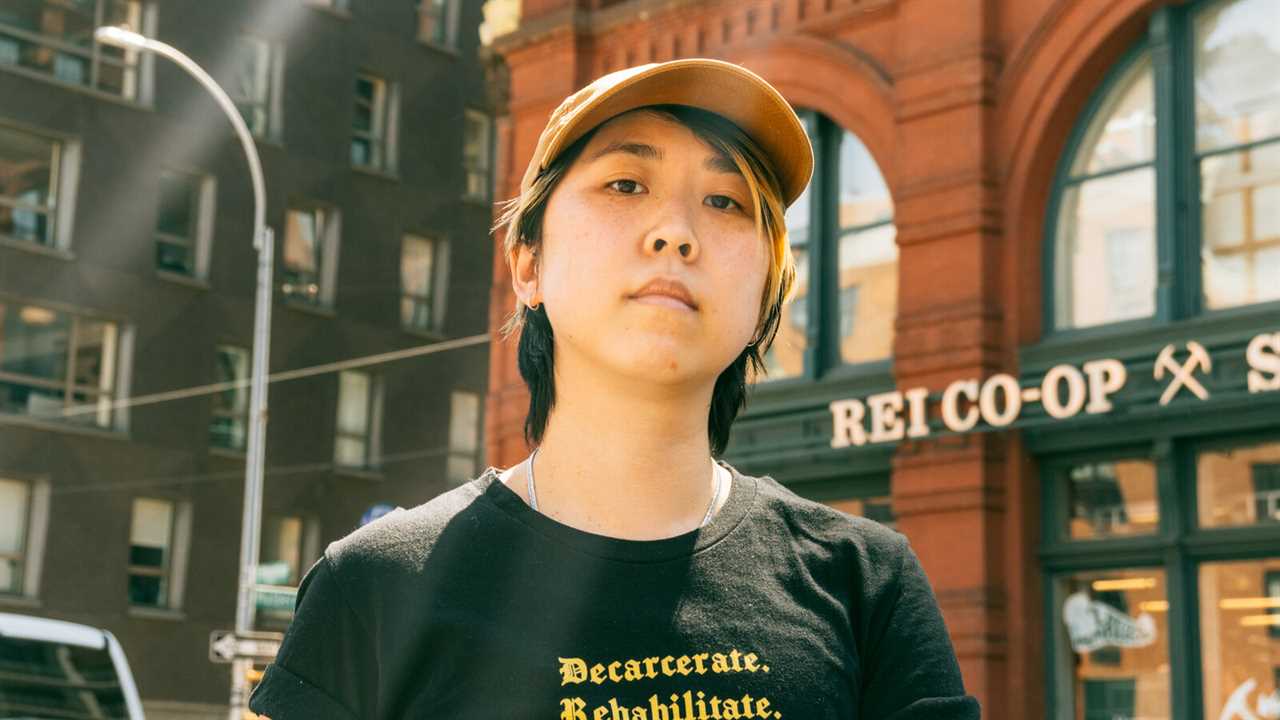 Over the past decade-and-a-half, many young, college-educated workers have faced a disturbing reality: that it was harder for them to reach the middle class than for previous generations. The change has had profound effects — driving shifts in the country’s politics and mobilizing employees to demand fairer treatment at work. It may also be giving the labor movement its biggest lift in decades.

Members of this college-educated working class typically earn less money than they envisioned when they went off to school. “It’s not like anyone is expecting to make six figures,” said Tyler Mulholland, who earns about $23 an hour as a sales lead at REI, the outdoor equipment retailer, and holds bachelor’s and master’s degrees in education. “But when it’s snow storming at 11:30 at night, I don’t want to have to think, ‘Is the Uber home going to make a difference in my weekly budget?’”

In many cases, the workers have endured bouts of unemployment. After Clint Shiflett, who holds an associate degree in computer science, lost his job installing satellite dishes in early 2020, he found a cheaper place to live and survived on unemployment insurance for months. He was eventually hired at an Amazon warehouse in Alabama, where he initially made about $17.50 an hour working the overnight shift.

And they complain of being trapped in jobs that don’t make good use of their skills. Liz Alanna, who holds a bachelor’s in music education and a master’s in opera performance, began working at Starbucks while auditioning for music productions in the early 2010s. She stayed with the company to preserve her health insurance after getting married and having children.

“I don’t think I should have to have a certain job just so I can have health care,” Ms. Alanna said. “I could be doing other types of jobs that might fall better in my wheelhouse.”

These experiences, which economic research shows became more common after the Great Recession, appear to have united many young college-educated workers around two core beliefs: They have a sense that the economic grand bargain available to their parents — go to college, work hard, enjoy a comfortable lifestyle — has broken down. And they see unionizing as a way to resurrect it.

Support for labor unions among college graduates has increased from 55 percent in the late 1990s to around 70 percent in the last few years, and is even higher among younger college graduates, according to data provided by Gallup. “I think a union was really kind of my only option to make this a viable choice for myself and other people,” said Mr. Mulholland, 32, who helped lead the campaign to unionize his Manhattan REI store in March. Mr. Shiflett and Ms. Alanna have also been active in the campaigns to unionize their workplaces.

And those efforts, in turn, may help explain an upsurge for organized labor, with filings for union elections up more than 50 percent over a similar period one year ago.

Though a minority at most nonprofessional workplaces, college-educated workers are playing a key role in propelling them toward unionization, experts say, because the college-educated often feel empowered in ways that others don’t. “There’s a class confidence, I would call it,” said Ruth Milkman, a sociologist of labor at the Graduate Center of the City University of New York. “A broader worldview that encompasses more than getting through the day.”

While other workers at companies like Starbucks and Amazon are also supportive of unions and sometimes take the initiative in forming them, the presence of the college-educated in these jobs means there is a “layer of people who particularly have their antennae up,” Ms. Milkman added. “There is an additional layer of leadership.”

The State of Jobs in the United States

Job openings and the number of workers voluntarily leaving their positions in the United States remained near record levels in March.

That workers who attended college would be attracted to nonprofessional jobs at REI, Starbucks and Amazon is not entirely surprising. Over the past decade, the companies’ appetite for workers has grown substantially. Starbucks increased its global work force to nearly 385,000 last year from about 135,000 in 2010. Amazon’s work force swelled to 1.6 million from 35,000 during that period.

The companies appeal to affluent and well-educated consumers. And they offer solid wages and benefits for their industries — even, for that matter, compared with some other industries that employ the college-educated.

More than three years after he earned a political science degree from Siena College in 2017, Brian Murray was making about $14 an hour as a youth counselor at a group home for middle-school-age children.

He quit in late 2020 and was hired a few months later at a Starbucks in the Buffalo area, where his wage increased to $15.50 an hour. “The starting wage was higher than anything I’d ever made,” said Mr. Murray, who has helped organize Starbucks workers in the city.

Such examples appear to reflect broader economic forces. Data from the past 30 years collected by the economists Jaison R. Abel and Richard Deitz at the Federal Reserve Bank of New York showed that unemployment for recent college graduates shot up to over 7 percent in 2009 and was above 5.3 percent — the highest previously recorded — as late as 2015.

Jesse Rothstein, a former chief economist of the U.S. Labor Department, found in a 2021 paper that the job prospects for recent college graduates began to weaken around 2005, then suffered a significant blow during the Great Recession and had not fully recovered a decade later.

The recession depressed their employment rates “above what is consistent with normal recession effects,” wrote Mr. Rothstein, now a professor at the University of California, Berkeley. “Moreover, this change has persisted into the most recent entrants, who were in middle school during the Great Recession.”

While there is no simple explanation for the trend, many economists contend that automation and outsourcing reduced the need for certain “middle skilled” jobs that college-educated workers performed. Lawrence Katz, a labor economist at Harvard, said consolidation in industries that employ the college-educated also appears to have softened demand for those workers, though he emphasized that those with a college degree still typically earn far more than those without one.

Whatever the case, the gap between the expectations of college graduates and their employability has led to years of political ferment. A study of participants in the Occupy Wall Street movement, which highlighted income inequality and grew out of the 2011 occupation of Zuccotti Park in Manhattan, found that more than three-quarters were college graduates, versus about 30 percent of adults at the time. Many had been laid off during the previous five years and “were carrying substantial debt,” the report noted.

In the decade that followed, members of this same demographic group helped lead other activist campaigns, like the Black Lives Matter movement, and supported the presidential campaigns of Bernie Sanders. At least one member — Alexandria Ocasio-Cortez, who had worked as a waitress and a bartender during her postcollege years — successfully ran for Congress.

The college-educated began flexing their muscles at work, too. Employees at digital media outlets like Gawker and Buzzfeed unionized in the 2010s, complaining of low pay and unclear paths to promotion, as did employees of think tanks and other nonprofit groups.

Public school teachers across the country walked off the job in 2018 to protest low pay and dwindling resources, while union campaigns proliferated at private colleges among graduate students and nontenure-track faculty.

Ms. Milkman pointed to several reasons that college-educated workers had succeeded at organizing even in the face of employer opposition: They often know their rights under labor law, and feel entitled to change their workplace. They believe there is another gig out there if they lose their current one.

“More education does two things — it inoculates you to some extent against employer scare tactics,” Ms. Milkman said. “And it’s not that big a deal to get fired. You know, ‘Who cares? I can get some other crummy job.’”

The pandemic reinforced the trend, disrupting the labor market just as it finally appeared to be stabilizing for recent college graduates. It made service sector jobs dangerous in addition to modestly compensated. Amid labor shortages, workers grew bolder in challenging their bosses.

No less important, the college-educated were mobilizing a larger range of workers. When their awakening was confined to white-collar workplaces and hipster coffee shops, said Barry Eidlin, a sociologist who studies labor at McGill University in Montreal, its reach was limited. But at a bigger company like Starbucks, the activism of such workers “has the potential to have much greater reverberations,” he said. “It bleeds into this broader palette of the working class.”

College-educated union supporters began forming alliances with those who did not attend college, some of whom were also budding leaders.

RJ Rebmann, who has not attended college, was hired at a Starbucks store near Buffalo last summer, but soon had trouble getting scheduled. Union supporters, including one studying biotechnology at a local community college, went to a meeting the company was holding and urged company officials to address the situation.

“The union partners were sticking up for me,” said Mx. Rebmann, who uses gender-neutral pronouns and courtesy titles and was already leaning toward supporting the union. “That was a tipping point for me in deciding how I’m going to vote.” More than 25 Starbucks stores have voted to unionize since then.

A similar diversity of workers carried the union to an 88-14 win at the REI store in Manhattan. “We have a lot of students, we have a lot of folks who have had previous careers and changed it up,” said Claire Chang, a union supporter who graduated from college in 2014.

And then there’s the victory at Amazon, where union supporters say their multiracial coalition was a source of strength, as was a diversity of political views. “We had straight-up Communists and hard-line Trump supporters,” said Cassio Mendoza, a worker involved in the organizing. “It was really important to us.”

But the mix of educational backgrounds also played a role. Christian Smalls and Derrick Palmer, the two friends who helped found the union, had attended community college. Connor Spence, its vice president of membership, studied aviation while earning an associate degree. He had read popular labor studies books and helped oversee the union’s strategy for undermining the consultants Amazon hired to fight unionization.

Other workers at the warehouse had even more extensive credentials, like Brima Sylla, originally from Liberia, who holds a Ph.D. in public policy. Dr. Sylla speaks several languages and translated the union’s text messages into French and Arabic.

Asked how the union brought together so many people across the lines of class and education, Mr. Spence said it was simple: Most Amazon workers struggle with pay, safety concerns and productivity targets, and few get promoted, regardless of education. (The company said that about two-thirds of its 30,000 noncorporate promotions last year involved hourly employees, and that it has made extensive investments in safety.)

“Amazon doesn’t allow people of differing education levels to become separated,” Mr. Spence said. “It was the way we were able to unite people — the idea that we’re all getting screwed.”