Pokémon Scarlet and Pokémon Violet: All the Pokémon revealed

A THIRD trailer for Scarlet and Violet has been released, showing even more Pokémon from the upcoming games’ Paldea region than ever before.Here is..

A THIRD trailer for Scarlet and Violet has been released, showing even more Pokémon from the upcoming games’ Paldea region than ever before.

Here is everything we know about the Pokémon to be released in generation nine. 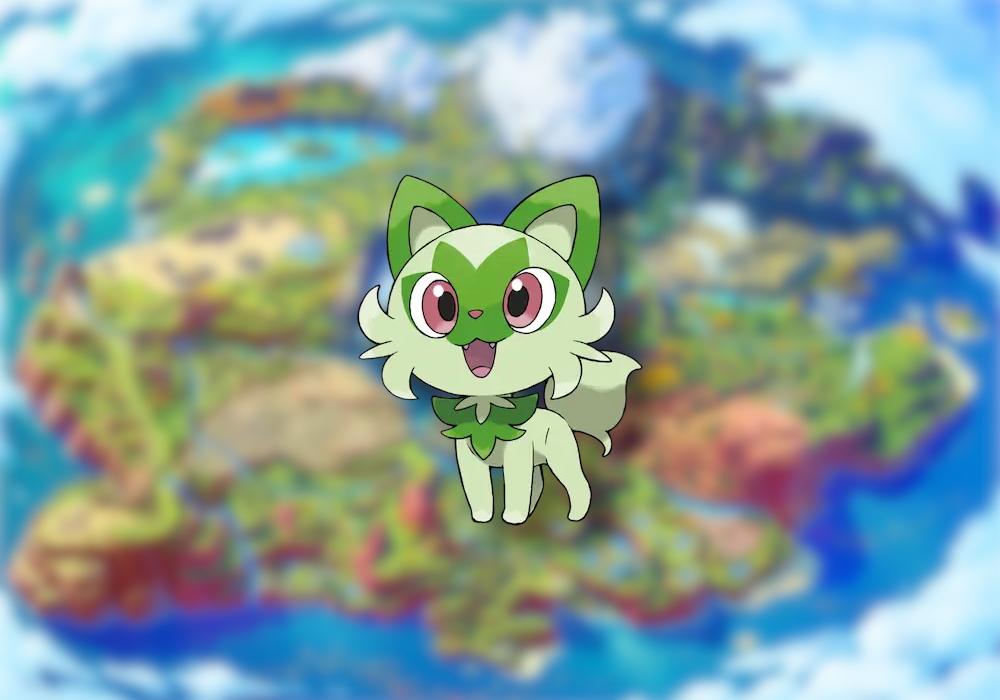 One of the new starters.

Sprigatito is the new grass type starter for the Paldea region. It’s known as the Grass Cat Pokémon.

Its Pokédex entry reads: “Capricious and attention seeking, it may sulk if it sees its Trainer giving attention to a Pokémon other than itself.”

Standing at 1’4” and weighing just 9lbs, it has the usual Grass starter ability of Overgrow.

This gives a 50% boost to Grass type moves when its health is below one third.

A new signature move has also been announced for Sprigatito.

Its name and mechanics haven’t been revealed yet, but the Pokémon Company describes it as “a sweet aroma” which releases when Sprigatito kneads.

It is said to have “therapeutic qualities” and will make the opponents “lose their will to battle”.

This could be a mix between moves such as Aromatherapy and Attract.

It has also been announced that its fur is similar to plants.

Sprigatito can photosynthesize through its fur, leading the way for moves such as Solarbeam.

Its Terastillization form shows it with cactus flowers sprouting from its head. 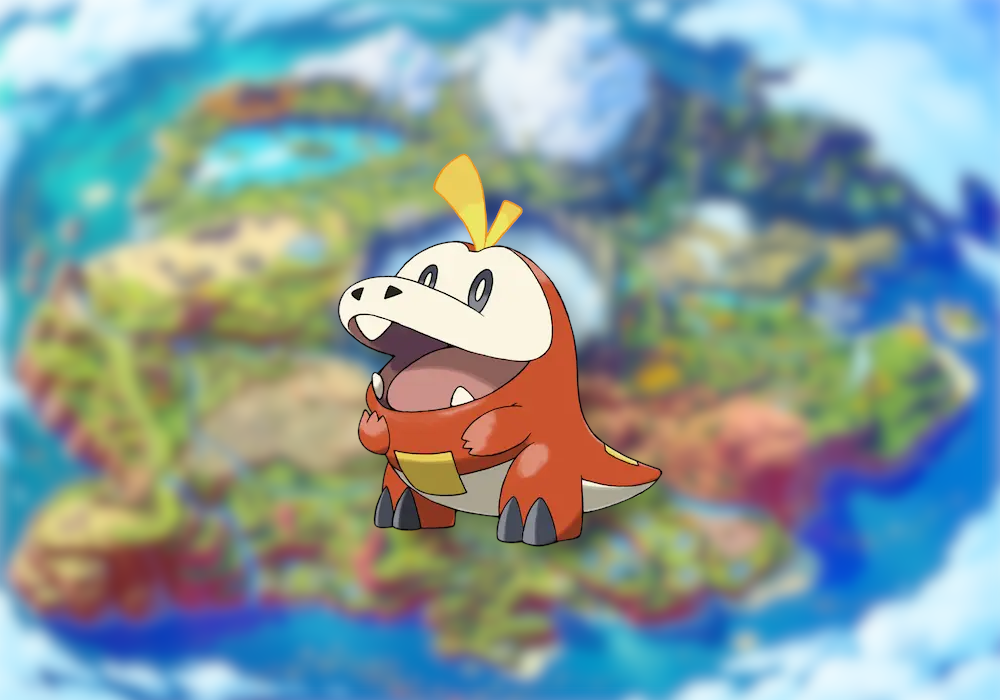 Fuecoco is the new Fire type starter for the Paldea region known as the Fire Croc Pokémon.

Its Pokédex entry reads: “Fuecoco is laid-back and does things at its own pace.

“It loves to eat, and it will sprint toward any food it finds with a glint in its eye.”

Like other Fire starters, it has the ability Blaze, which gives a 50% boost to Fire type moves below one third HP.

More details have also been revealed about Fuecoco’s design.

The yellow squares on its front and back absorb heat, which could point to a move such as Overheat.

Fuecoco’s hair is actually fire energy bursting from the top of its head, and more will appear when it is excited.

Its Terastillization form shows it with a lit chandelier sprouting from its head. 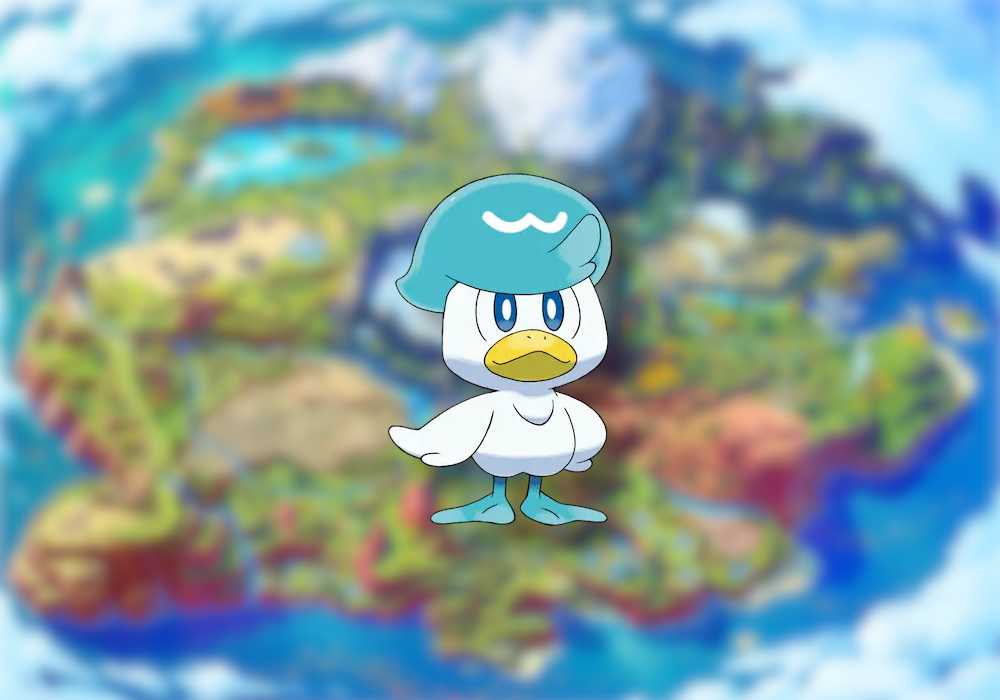 Quaxly is the new Water type starter for the Paldea region. It’s known as the Duckling Pokémon.

Its Pokédex entry reads: “This serious-mannered Pokémon will follow in its Trainer’s wake.

“It’s tidy, and it especially dislikes getting its head dirty.”

Like other Water starters, it has the ability Torrent, which gives a 50% boost to Water type moves when below one third HP.

Quaxly is known to attack using its strong legs, pointing to moves such as Mega Kick or Hi-Jump Kick.

It could also point to a future Water/Fighting typing.

It is also proud of its hair and looks and a glossy gel coats its body to repel water.

Its Terastillization form shows it with a multi-tiered fountain sprouting from its head. 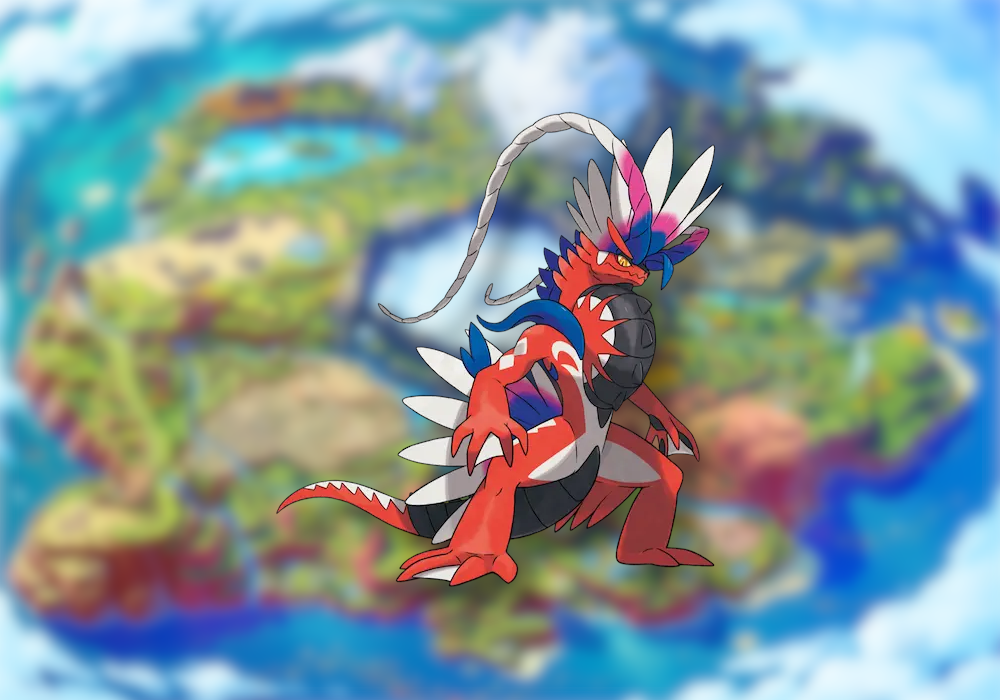 One of the latest Legendary Pokémon.

Koraidon is the newest legendary Pokémon and appears on the box art for Pokémon Scarlet.

It appears to be linked to the past as ‘korai’ is Japanese for ‘ancient’.

It will be a version exclusive for that game, and will also act as the ride Pokémon for Paldea.

It can traverse land, air, and water, making it useful all over the region. 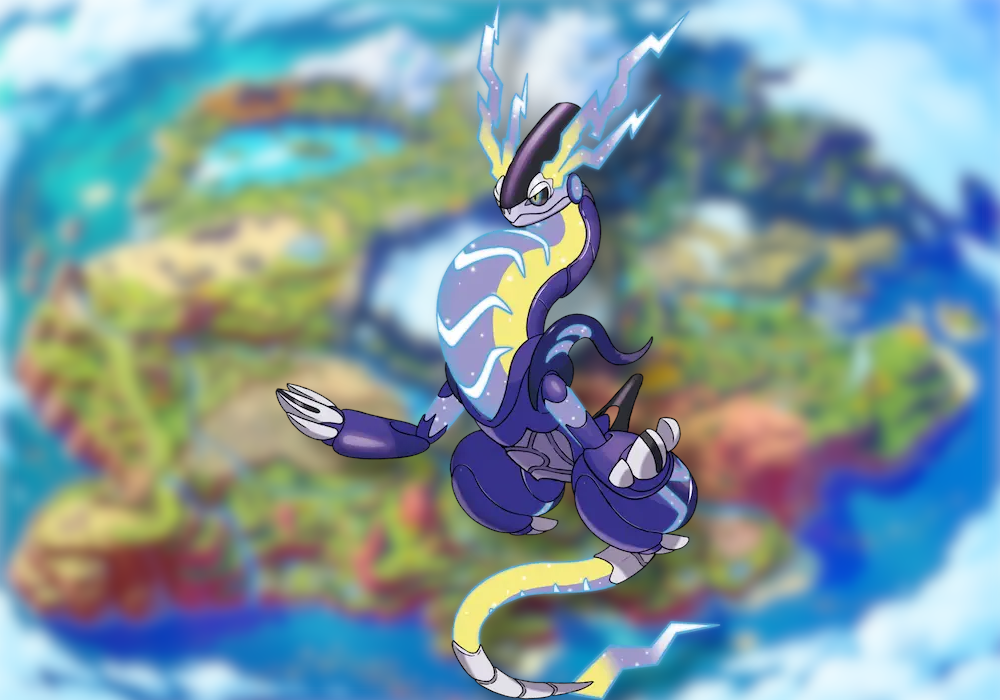 The Legendary featured on the Violet box art.

Miraidon is the newest legendary Pokémon and appears on the box art for Pokémon Violet.

It appears to be linked to the future as ‘mirai’ means ‘future’ in Japanese.

It will be a version exclusive for that game, and will also act as your ride Pokémon for Paldea.

It can traverse land, air, and water, making it useful in any situation. 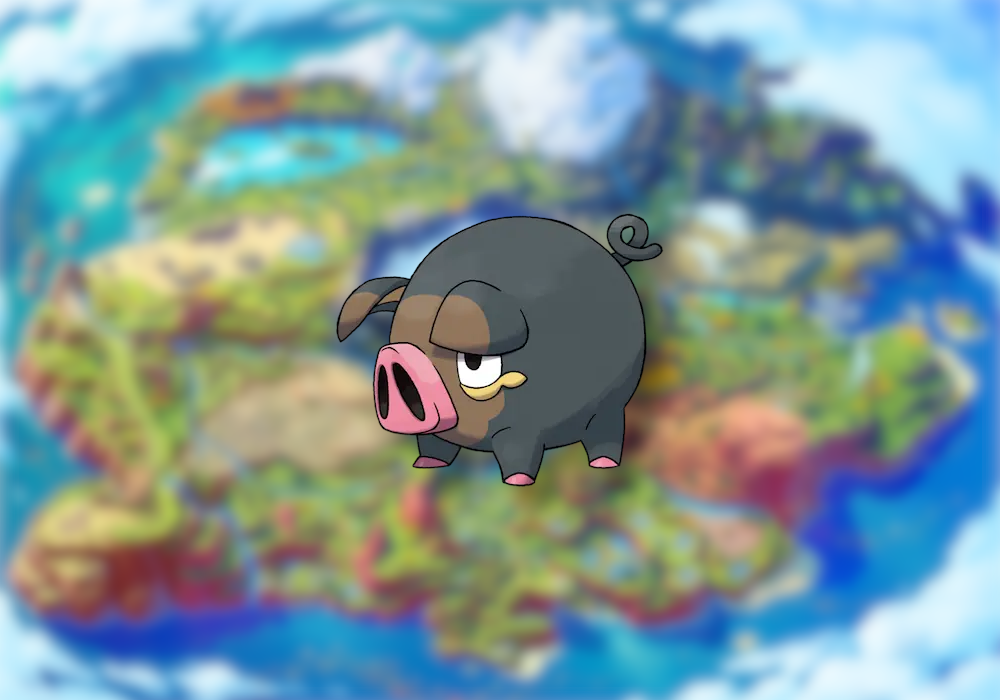 Lechonk is a Normal type Pokémon used by one of your rivals in the game Nemona.

It is known as the Hog Pokémon and has two possible abilities.

The second, Aroma Veil, protects it and its allies from being hit by moves which limit their movepool such as Taunt.

Lechonk is similar to a truffle pig and searches for food in the ground.

When panicked, it charges forward with its body, which is made of pure muscle, pointing to moves such as Headbutt or Body Slam. 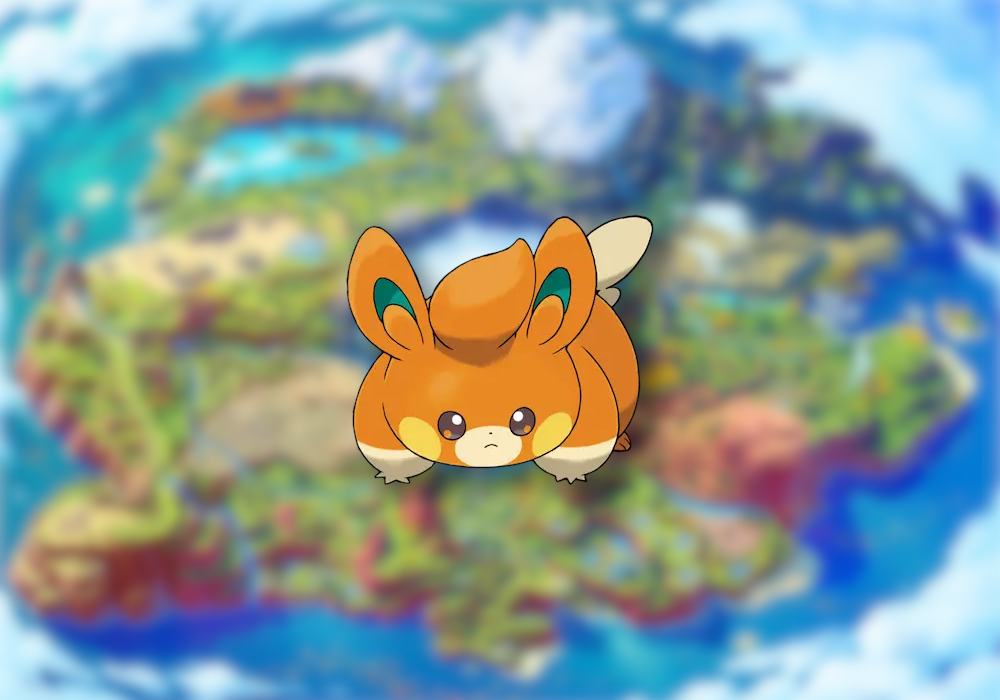 Pawmi is an Electric type Pokémon also used by your rival, Nemona.

Known as the Mouse Pokémon, it is the smallest Pokémon revealed to date at a tiny 1’ and 5.5lbs.

It can have two abilities: Static, which has a 30% chance to Paralyze the opponent on contact, or Natural Cure, which heals status conditions when it is switched out.

Like Pikachu, it has electric pouches on its cheeks and also on its front paws.

It stores electricity in its fur, meaning it is likely to use moves such as Discharge. 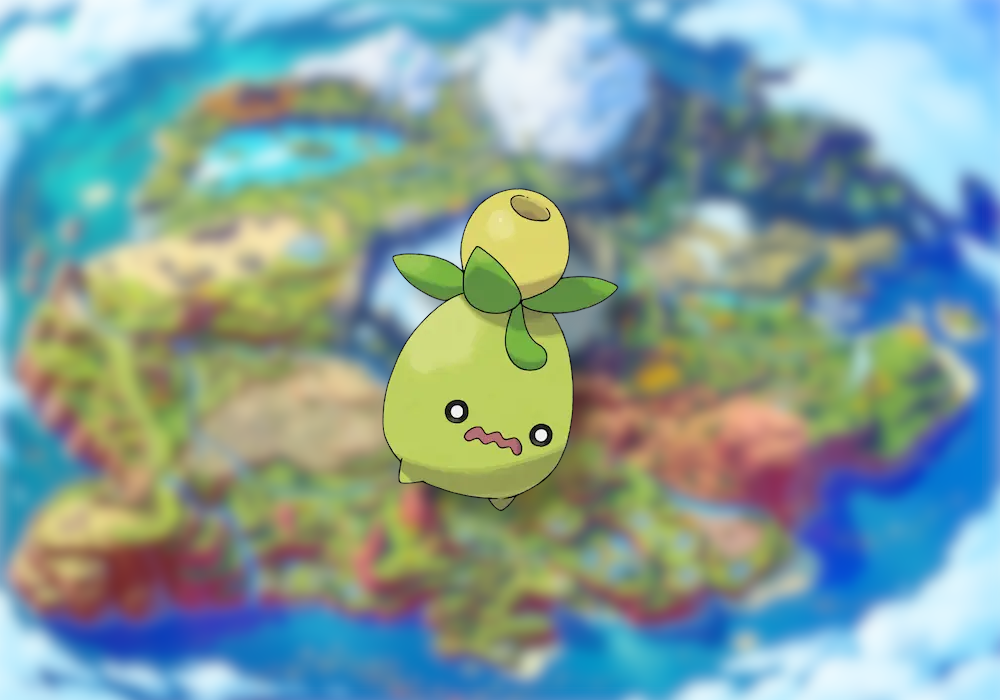 Smoliv is a Grass/Normal type Pokémon also used by Nemona.

Smoliv has an ability called Early Bird, which allows it to recover from Sleep quicker.

The oil it secretes is bitter and is known to make Pokémon Flinch, which might hint at a signature move.

It also photosynthesises, which might point to moves such as Solarbeam or Synthesis. 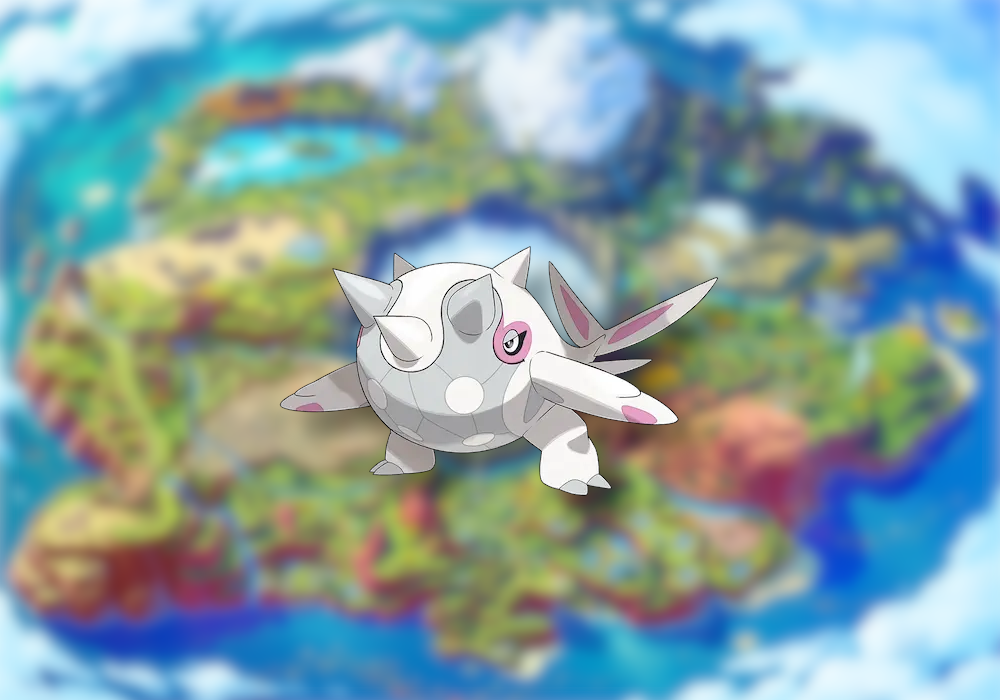 Cetitan is a new ice-type Pokémon for the region, and is the signature Pokémon of the gym leader Grusha.

Cetitan comes with either the ability Thick Fat, which halves damage from Ice or Fire type moves, or Slush Rush, which will double its speed during Hail.

It appears to be a Pokémon that attacks physically, owing to its huge size, strong muscles, and fat.

There are five horns on its head, and the middle one is known for gathering ice energy. 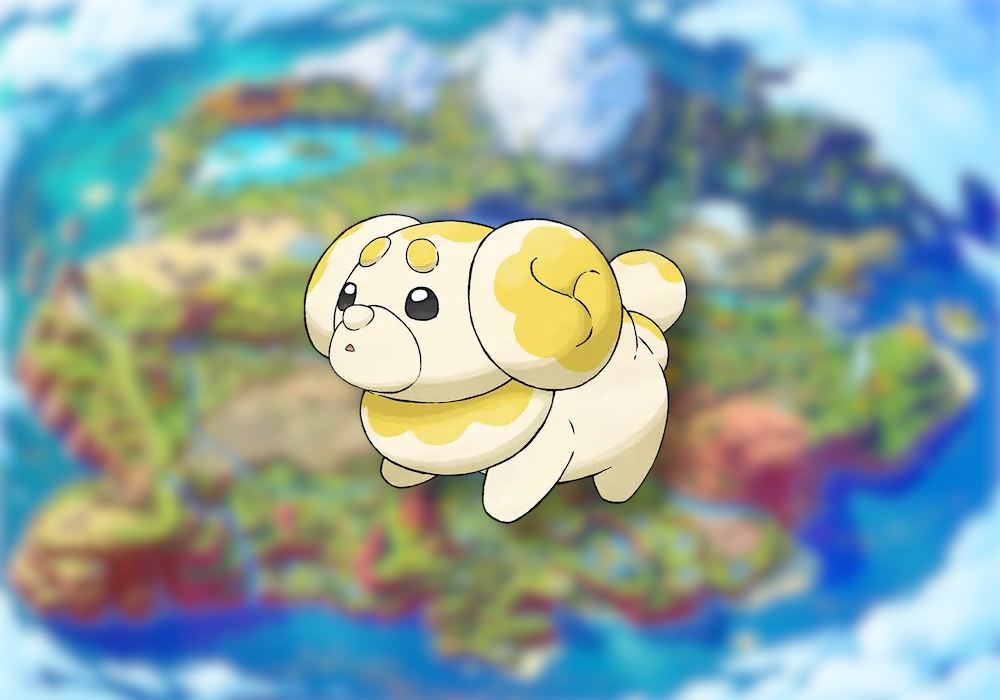 Fidough is the Puppy Pokémon and the first Fairy type revealed for the region.

It’s a tiny 1’ tall, and 24lbs, with an ability called Own Tempo, which prevents confusion.

Fidough has the texture of dough and can puff up its body when it feels intimidated.

Its breath also contains yeast that can ferment things. 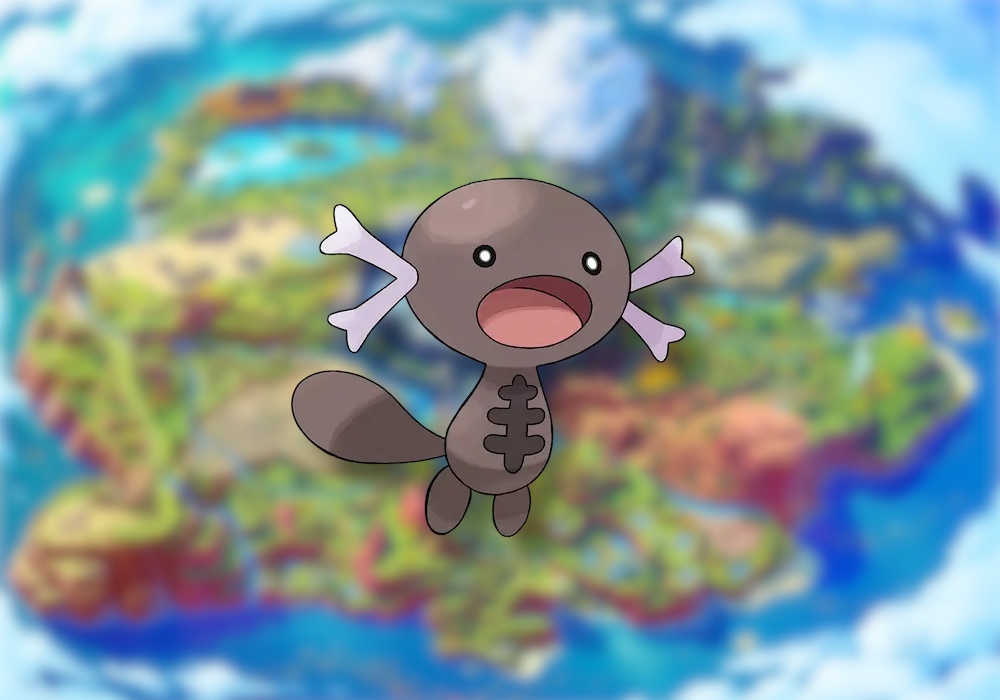 The first Paldean Pokémon to be revealed.

It is the same size as Johtonian Wooper at 1’4” but much heavier, weighing 24.3lbs.

It is the Poison Fish Pokémon and changes type from Water/Ground to Poison Ground.

Alongside its regular Water Absorb ability, which allows it to restore 25% HP when hit with a Water move, it can also have Poison Point, which has a 30% chance of poisoning the opponent on contact.

While Johtonian Wooper lives under water, due to lack of water in the region Paldean Wooper has learnt to live in bogs and cover its body with poisonous slime.

It also shoots this slime from its gills at enemy Pokémon, hinting at moves such as Sludge Bomb.