SONY is adding a long overdue feature for the PlayStation 5 that makes sharing screenshots a million times easier.The update lets you access..

SONY is adding a long overdue feature for the PlayStation 5 that makes sharing screenshots a million times easier.

The update lets you access screenshots and clips takes on your PS5 on your mobile via the PlayStation App. 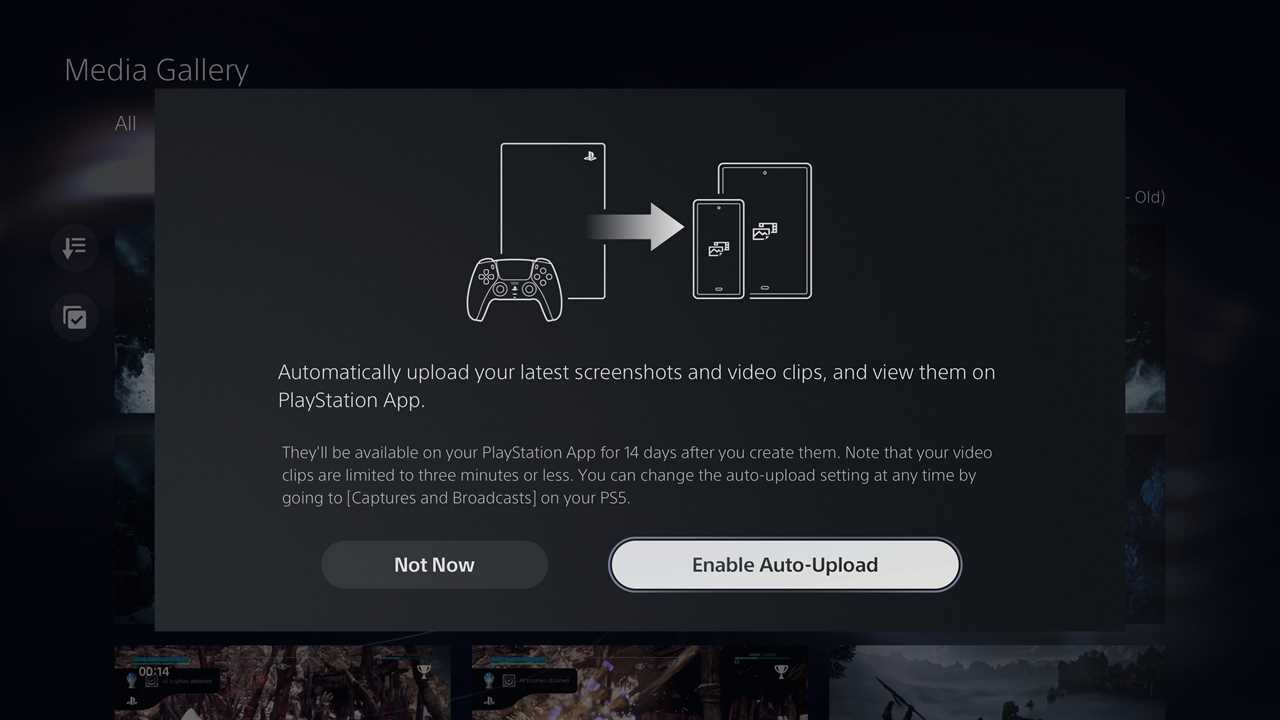 Spotted by @GamingIntPhoto1 on Twitter, the Media Gallery appears to be offering players the option to upload their screenshots and clips.

They can then be viewed on the PS App for a limited period of 14 days.

As well as the two week countdown, clips will are limited to three minutes.

The feature has been in beta in Japan and Canada but has popped up for some North American users.

However, in a subsequent tweet, @GamingIntPhoto1 noted that the feature had been removed.

This has lead to speculation that it’s on the cusp of being officially rolled out in a software update, and the trigger was accidentally pulled too early.

Xbox owners already have this handy feature on the Xbox Series X|S.

When gamers on the console take a screenshot or clip, they can access it on the Xbox app.

At the moment, if you want to get a clip or screen grab from a game on PS5, you have to use a workaround.

The other is create a chat on PSN with a friend, or alt account, and send your photos on there.

Hopefully, Sony is planning to make this feature official in the immediate future.

We’ll keep an eye out for a February software update over the next few weeks.

Call of Duty Warzone 2 LEAKED – and millions of players won’t get to play it.