FORTNITE has announced a new collaboration which will introduce a new goat skin into the game.The world’s most popular battle royale title is known..

FORTNITE has announced a new collaboration which will introduce a new goat skin into the game.

The world’s most popular battle royale title is known for having some of the zaniest costumes, including everyone from Dragon Ball Z characters to Ariana Grande. 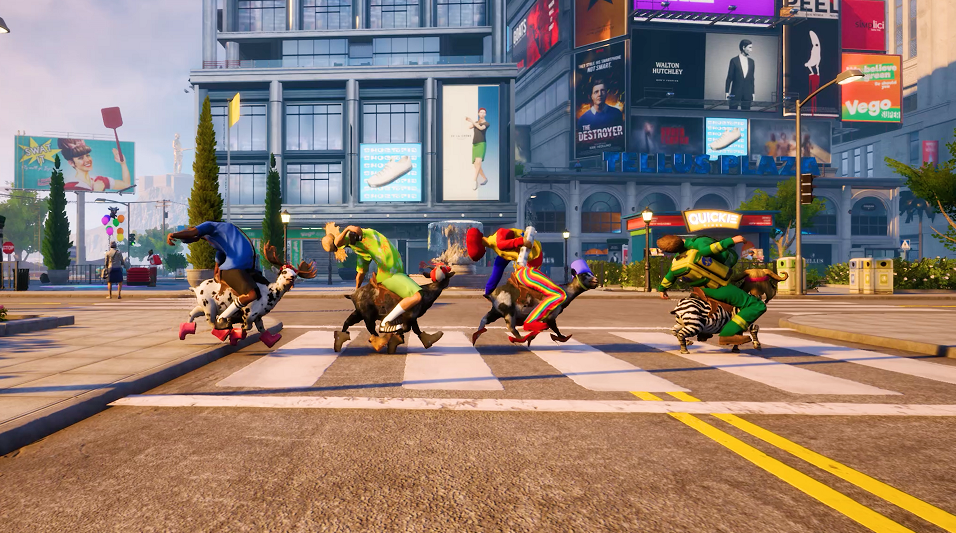 A Goat outfit coming to Fortnite.

To celebrate the upcoming launch on November 17, players who purchase Goat Simulator 3 via the Epic Games Store will get a free goat outfit for Fortnite.

This includes anyone who purchases the game, either as a pre-order or after launch, until September 29, 2023.

The outfit will automatically be added to your Fortnite locker if you have both games on the same Epic Games account.

Unfortunately, those who purchase Goat Simulator 3 on a different platform will not be eligible for the free outfit.

Fortnite’s ‘A Goat’ outfit will also be able to be purchased through the in-game item store.

Those who pre-order Goat Simulator on Epic Games Store will be able to equip their new skin from today (September 29).

However, this is a timed-exclusive outfit, available a month early for those who buy the game on the EGS.

A Goat Outfit will later be purchasable in the item store from November 26.

On the new design, a press release for the announcement reads: “Now we know Goat Simulator 3’s Pilgor looks different in her ‘A Goat’ Fortnite form.

“But our signature approach to hyperrealism simply didn’t fit in this bright and colourful game.

“Her arrival in this new world meant giving her a Fortnite twist, and muscles.

“If the thought of transforming into a questionably named, half goat / half human hybrid rocking a ragdoll print crop top is still your thing – live your best life. We won’t judge.”

The skin doesn’t just look like a goat, it also has a human riding it with the floppy ragdoll physics the game is known for.