DLC that was better than the main game

DLC: it didn’t start well. Remember day one ‘proof of ownership’ DLC? What about pre-order exclusives that were never released separately? Oblivion’s ..

What about pre-order exclusives that were never released separately? Oblivion’s horse armour? 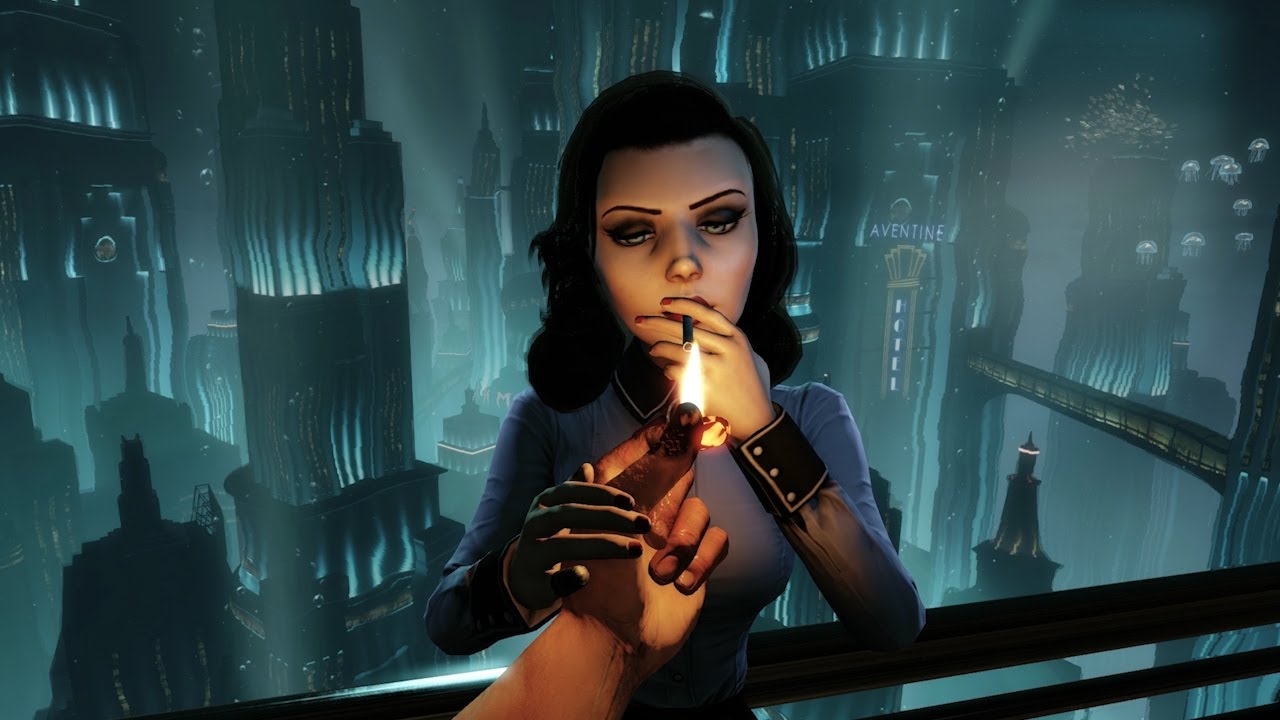 Elizabeth lights up a smoke in BioShock Infinite: Burial at Sea.

Even after the bad old days, we’ve got Twitch drops and microtransactions galore.

But it’s not always the way – meaty expansions, big new story moments, and exceptional gameplay variation all make their debut in DLC.

Some are even so good they beat out the base game. Let’s take a look at a few of those.

Contrast is the name of the game for The Ballad of Gay Tony, a great upgrade for the fantastic game that is GTA 4.

The story is weaved into the base game, but it acts as a bit of a lighter-hearted break from the endlessly-grim stories.

It’s a bit of an audition for the mad moments of GTA 5, with its neon lights and wild action. Well worth a play, for itself and the gaming archeology it represents. It’ll tide you over until GTA 6.

Back to Rapture, back under the sea, and back to where it all began for what turned out to be the grand finale for BioShock – at least for a number of years.

It’ll pull at your memories of the first game as much as it can, so we hope you’ve played it – and if you haven’t, they’re a great trilogy.

The Witcher 3: Blood and Wine

Blood and Wine has it all, from vampires to vineyards, and beautiful fields that give an alternate backdrop versus the war-torn world The Witcher 3 normally inhabits.

Simply one of the best pieces of DLC for any game, ever…

The Witcher 3: Hearts of Stone

…and this is too.

Blood and Wine is larger but Hearts of Stone is the best in terms of story and characters. One of the best antagonists ever put into video games and a dozen characters just as great, it’s a feast of dialogue and voice acting.

The Last of Us: Left Behind

An oddity that fits halfway into The Last of Us Part 1’s story, Left Behind canonised and explained much of Ellie’s history while significantly adding to the gameplay of TLOU.

You can see the thought lines and conclusions that were drawn when bridging the gap between the original game and Part 2, and how it all began with this excellent DLC.

War of the Chosen took XCOM 2 and did the exact same. It’s the best form of tactical, turn-based alien-annihilating combat out there, and you’ll enjoy it all the way through.

There’s simply no reason to play the game without War of the Chosen.

Artists, designers, and everyone else got to really flex their muscles designing Atlantis, Hades, and Elysium. Plus, hanging out with Gods is always a bonus.

Mass Effect 3’s ending had problems – closure, decision impact, the list went on. Citadel did what it could to help that.

It’s a whirlwind run through the history of the series, bringing back and solidifying relationships with your crewmates across the franchise, as well as bringing a silly story into it to boot.

FromSoftware could have an entry in this list for just about every bit of DLC it has ever made, but we’ll limit it to Bloodborne: The Old Hunters.

One of the hardest bosses in FromSoft history, incredible landscapes, a massive amount of gameplay, cool new weapons.

If Elden Ring’s DLC is this good, we’ll be foaming at the mouth.

Did you miss our previous article...
https://trendinginthenews.com/gaming/how-to-access-the-call-of-duty-modern-warfare-2-beta