MILLIONS of Brits have now come forward for their booster coronavirus vaccine.But many don’t know if they are supposed to have just a booster, or a..

MILLIONS of Brits have now come forward for their booster coronavirus vaccine.

But many don’t know if they are supposed to have just a booster, or a third jab and then the top up as a fourth dose. 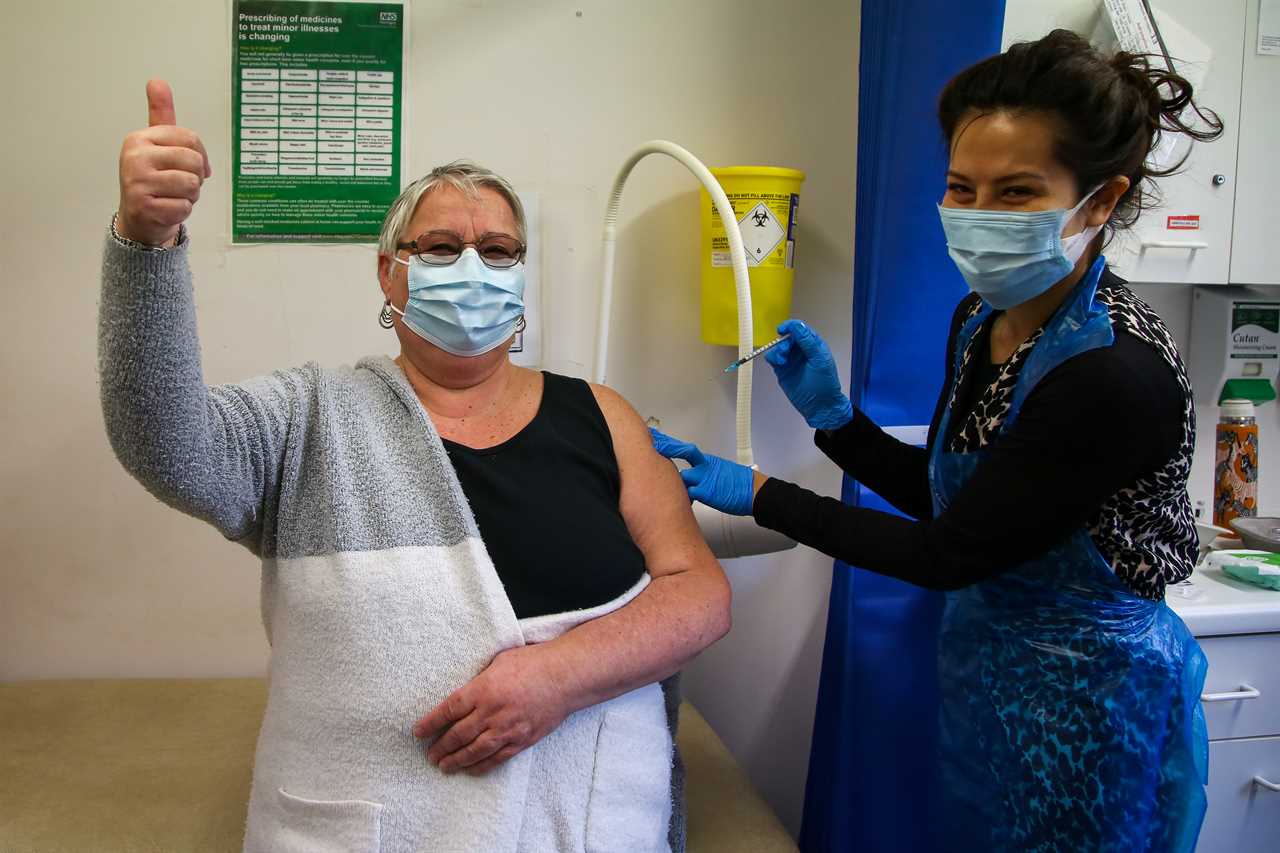 Charities such as Myeloma UK have warned patients could be missing out on vital vaccines because of the confusion between the jabs.

Many patients have been left frustrated over the muddle – which has meant that for some, their vaccine status isn’t showing in their NHS app.

And others say their third dose of the vaccine has been confused with a booster shot.

Prime Minister Boris Johnson has urged those eligible to come forward for their booster doses, with anyone over 40 who had their second dose six months ago able to book in.

But some people have been left confused after been told they are supposed to have a third dose, and also a booster vaccine. So what is the difference between the two?

For some patients, a third dose of the coronavirus vaccine should come before their booster.

This applies to people who are severely immunosuppressed – in short – close to half a million Brits.

People in this category have weakened immune systems and some have lower levels of antibodies after their coronavirus jabs.

The third dose is given as a ‘top up’ for those who might not have generated a good enough immune response to the first two doses.

This includes people who have cancer, advanced HIV and had a recent organ transplant – but is not the full shielding list that was introduced during lockdowns.

The Joint Committee on Vaccination and Immunisation (JCVI) said in September that a third dose should have been offered to people who were in this category at the time of their first or second dose.

They explained: “These people may not mount a full response to vaccination and therefore may be less protected than the wider population.

“This offer is separate to any potential booster programme.”

People having a third dose should have it around eight weeks after their second – before a booster vaccine.

Professor Wei Shen Lim, Chair of Covid-19 Immunisation for the JCVI said that people in this group would have a third dose on top of their initial two doses, in the hope that this would reduce their risk of severe outcomes such as hospitalisations and death.

ALL ABOUT THE TIMING

This group is also likely to have a booster jab – meaning that in total, they will be having four coronavirus vaccines.

The booster vaccine is a later dose which is then set to extend the duration of protection from the three vaccines already received.

But Suzanne Renwick, Head of Clinical Practice Services at Myeloma UK warned that many patients have been offered to wrong dosage.

She said this means they may be missed off the list of people eligible for a booster further down the line.

She said that boosters and third doses are not interchangeable, addomg: “They are both necessary and must be offered to patients in the right order. It’s all in the timing.

“The onus will then be on patients to advocate for themselves, explain that they were given a booster instead of a third dose and to ultimately try to convince their GPs that they are entitled to receive a much-needed booster.”

Some patients have now claimed that the government has left the vulnerable at the bottom of the priority list.

Mum-of-two Deb Gascoyne was diagnosed with Myeloma in 2009 and says she isn’t actually sure what vaccinations she has had.

“I’m concerned about what I’ve had, whether it’s right and whether I’ll get followed up correctly. I find that the government has put those of us with immunity issues at the bottom of their priority list – whilst trying to look like they care.”

She added: “I got two invitations from totally different places – confusing in itself. I just went with where I had received my first.

“They said to add my details to my NHS app but when I went back for my son, Sam, to have his jab, they didn’t know anything really and said the app didn’t register the third dose. So I don’t have any record of it apart from a small paper card.”

Other patients have said their GPs have incorrectly recorded what vaccines they have had.

Franko Kowalczuk, who was diagnosed with myeloma in 2018 said he had been text to say he should have his third dose of the vaccine.

The 52-year-old from London went for his third dose, then the next day also received a message from the NHS saying he should go for his booster.

Recently diagnosed myeloma patient Dami Maimone said she’s been going round in circles and passed from pillar to post.

She said: “I had received a letter from NHS England telling me I needed a third dose of the Covid vaccination and to contact my GP who knew nothing about it saying that booking vaccines was nothing to do with them.

“They had been inundated with calls from people in the same situation who had also received the same letter.”

She added that GPs are under a lot of pressure – but said this is due to ‘miscommunication’ from the government.

Addressing the nation last night, Mr Johnson said: “If we want to control the epidemic in the UK then we must all get vaccinated as soon as we are eligible.

“Over time, the protection from two jabs starts to wane, but the third jab boosts protection up to 90 per cent.

“Many more people who are eligible have not yet come forward, if you are one of those people please go and get that third jab.

“It would be a tragedy if people who have done the right thing and got double vaccinated got seriously ill or lost their lives by not getting their booster.”