HEALTH chiefs have added a new but very rare side effect to the AstraZeneca Covid vaccine.The Medicines and Healthcare products Regulatory Agency..

HEALTH chiefs have added a new but very rare side effect to the AstraZeneca Covid vaccine.

The Medicines and Healthcare products Regulatory Agency (MHRA) announced on Thursday that Guillain-Barré syndrome is a side effect of the jab. 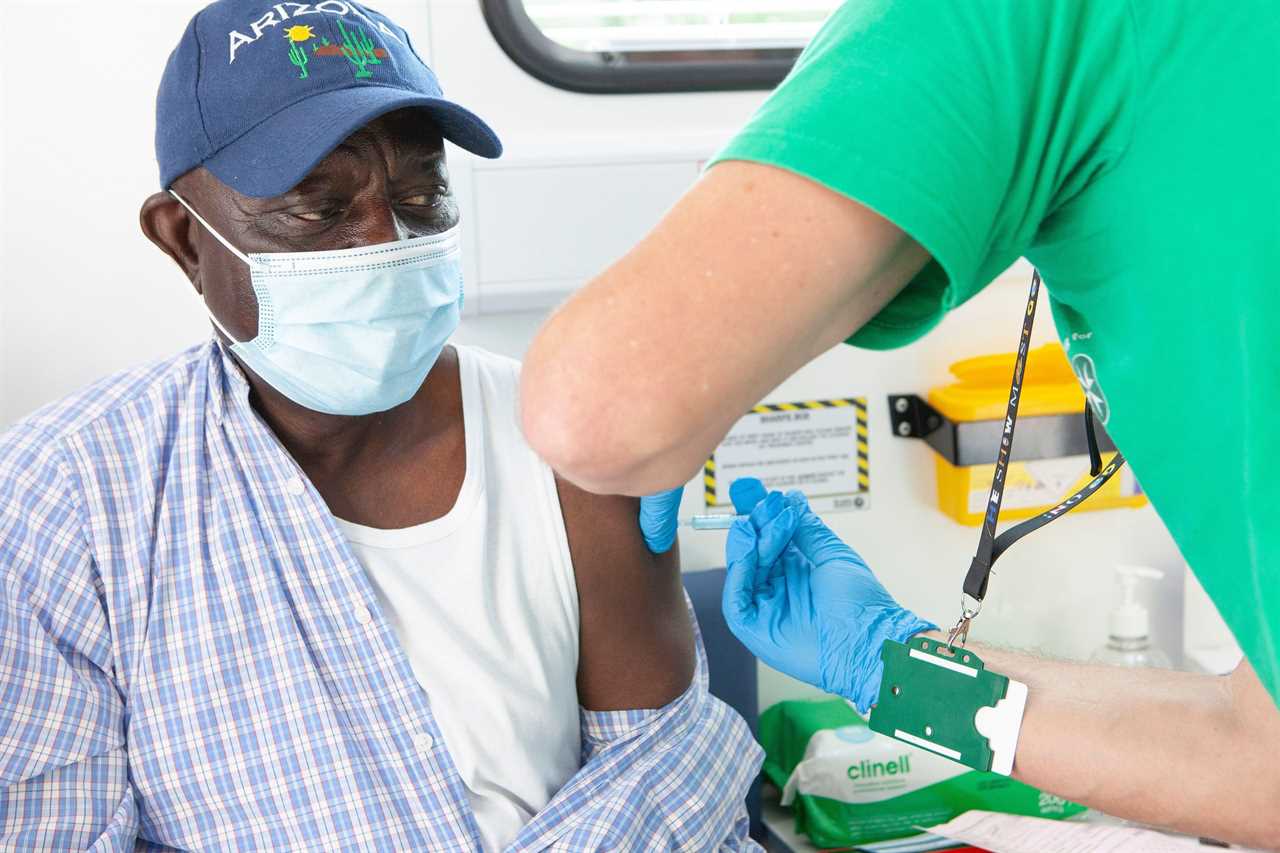 According to the NHS, Guillain-Barré syndrome affects the nerves mainly in the feet, hands and limbs.

It is an autoimmune disorder that attacks a person’s immune system and can cause problems such as numbness, weakness and pain.

With most people, it can be treated and they will make a full recovery, however, on a rare occasion it can be life-threatening and some patients are left with long-term problems.

But the benefits of the jab vastly outweighs the dangers with the vaccine having saved millions of lives worldwide.

The MHRA’s decision comes after the European Medicines Agency added the rare side-effect to the vaccine in September.

At the time of the regulator’s decision last month, 833 cases of the disorder were reported globally as of July 31 when there had been 600 million AstraZeneca jabs administered.

In May a descending list of the most frequently reported problems was compiled by Professor Tim Spector, an epidemiologist at King’s College London (KCL).

Prof Spector is the lead researcher on the ZOE Covid study, which tracks symptoms of the disease, vaccines and the size of the outbreak.

Using data for app users, Prof Spector said most people reported a headache after the AstraZeneca jab, followed by fatigue.

For the Pfizer and Moderna jabs, it was fatigue followed by headache.

Chills or shivers and joint pain were typical for all three jabs, while a runny nose and nausea were some of the least common.

But Prof Spector, writing on Twitter, said only one in five people feel unwell after a vaccine dose overall.

Younger people are more likely to be affected, understood to be because their immune activity is stronger.

However, this does not mean they are any more protected than older people. 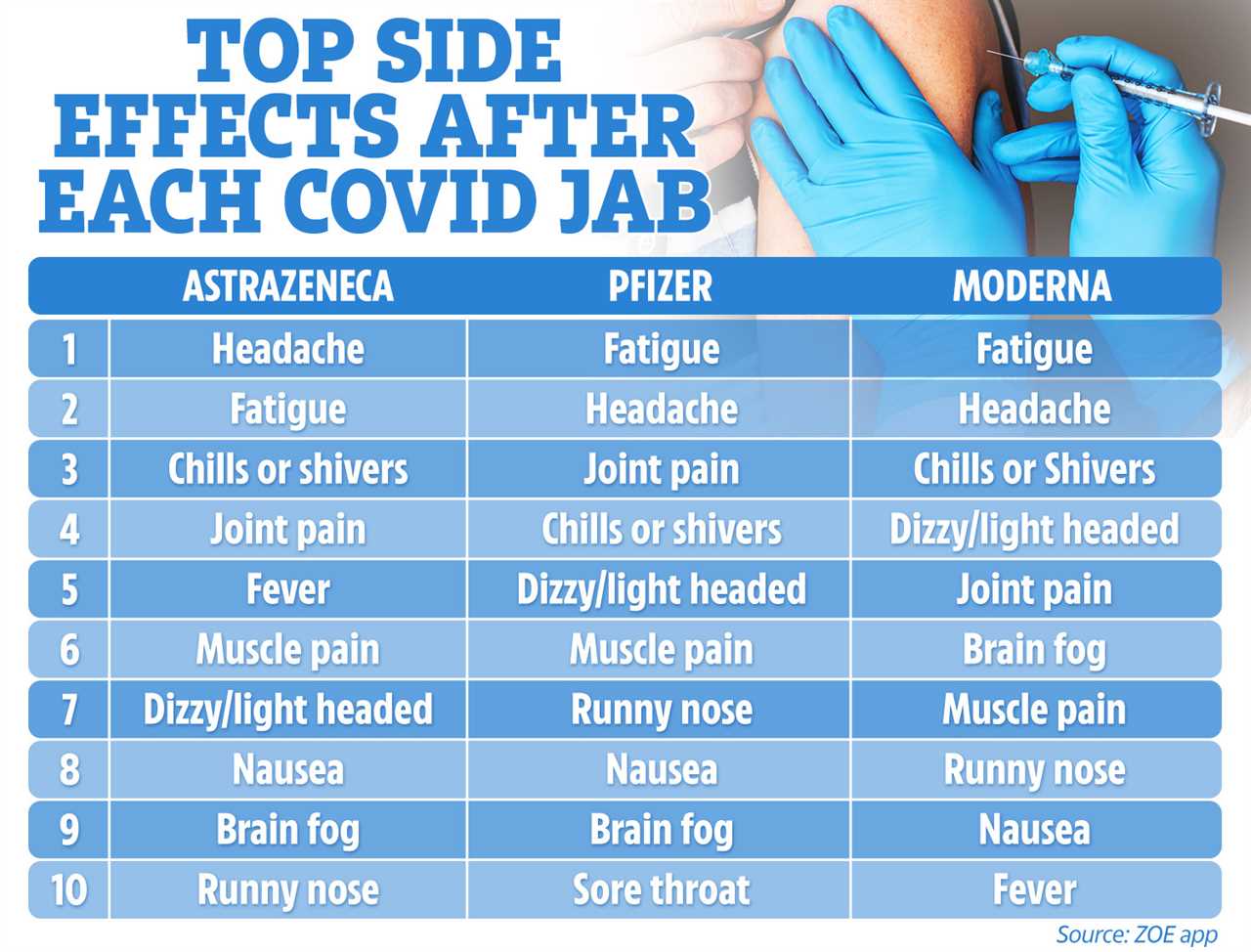