VACCINE passports will be used as a short-term ‘bridge to freedom’ and to enable mass gatherings before the UK reaches full herd immunity.Ministers..

VACCINE passports will be used as a short-term ‘bridge to freedom’ and to enable mass gatherings before the UK reaches full herd immunity.

Ministers are reportedly planning to use vaccine passports to allow for the return of mass public gatherings in the summer.

Data from Thursday showed 37,899,029 doses of the Covid vaccine had been administered in the UK 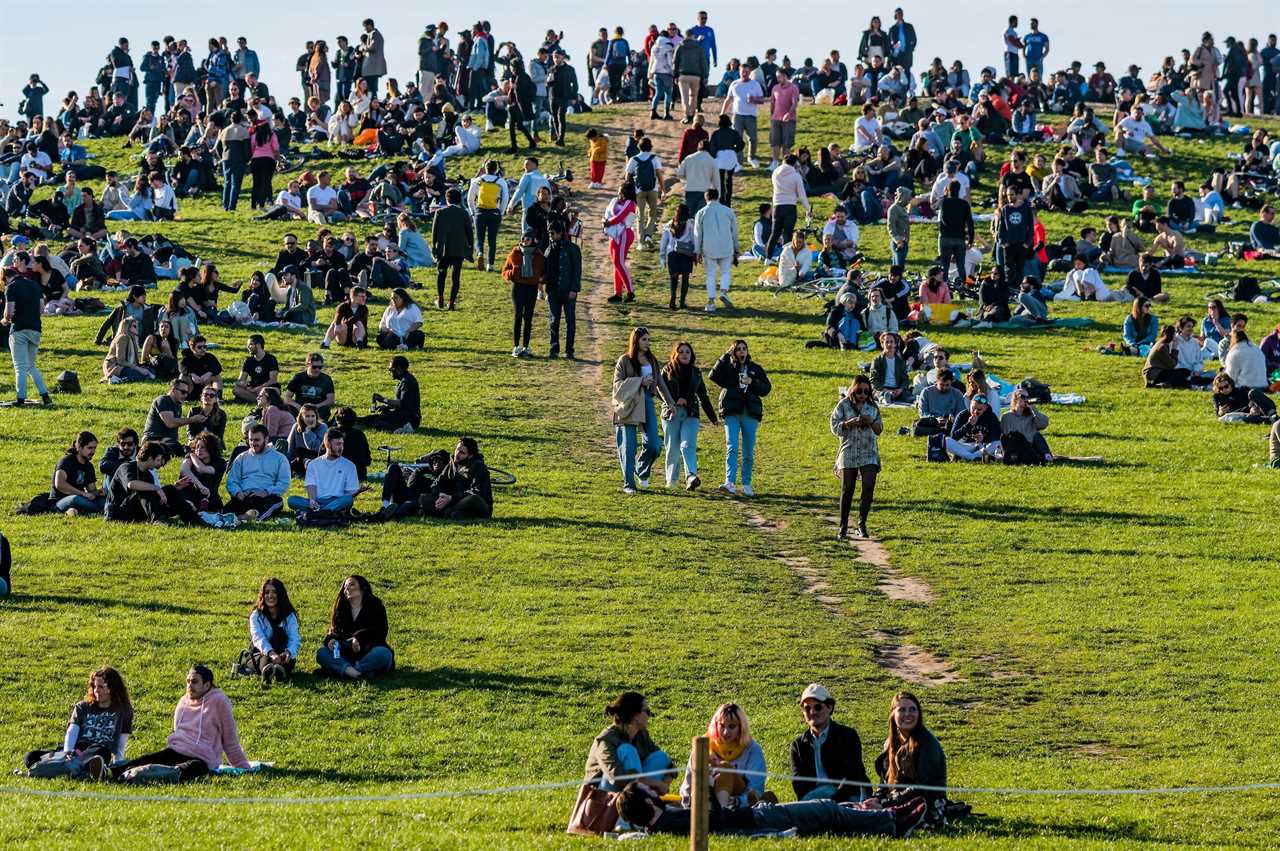 Experts predicted the number of Brits with protection from the virus will hit 73.4 per cent next week

Mail on Sunday reports said the discussions were related to the use of the passports up until herd immunity is reached; a milestone expected to be met in the autumn.

The ‘Covid status certificates” would show whether the holder had recently tested negative for the disease, or had antibodies through either a vaccination or a past infection.

While the passports would be used to enable events, they would not likely be used for entry to pubs and restaurants.

The logistics of using them for pubs and restaurants could be too difficult enough to make the move worthwhile, one Cabinet Minister said.

“There may be some benefits.

Under current plans, all Covid-related restrictions were expected to be relaxed as planned, in line with Boris Johnson’s roadmap, on June 21.

It was expected that the passports would be discontinued when a large enough proportion of the community had immunity to the virus; therefore halting its spread.

The Government has cautiously projected that the UK could reach this point by the end of October. 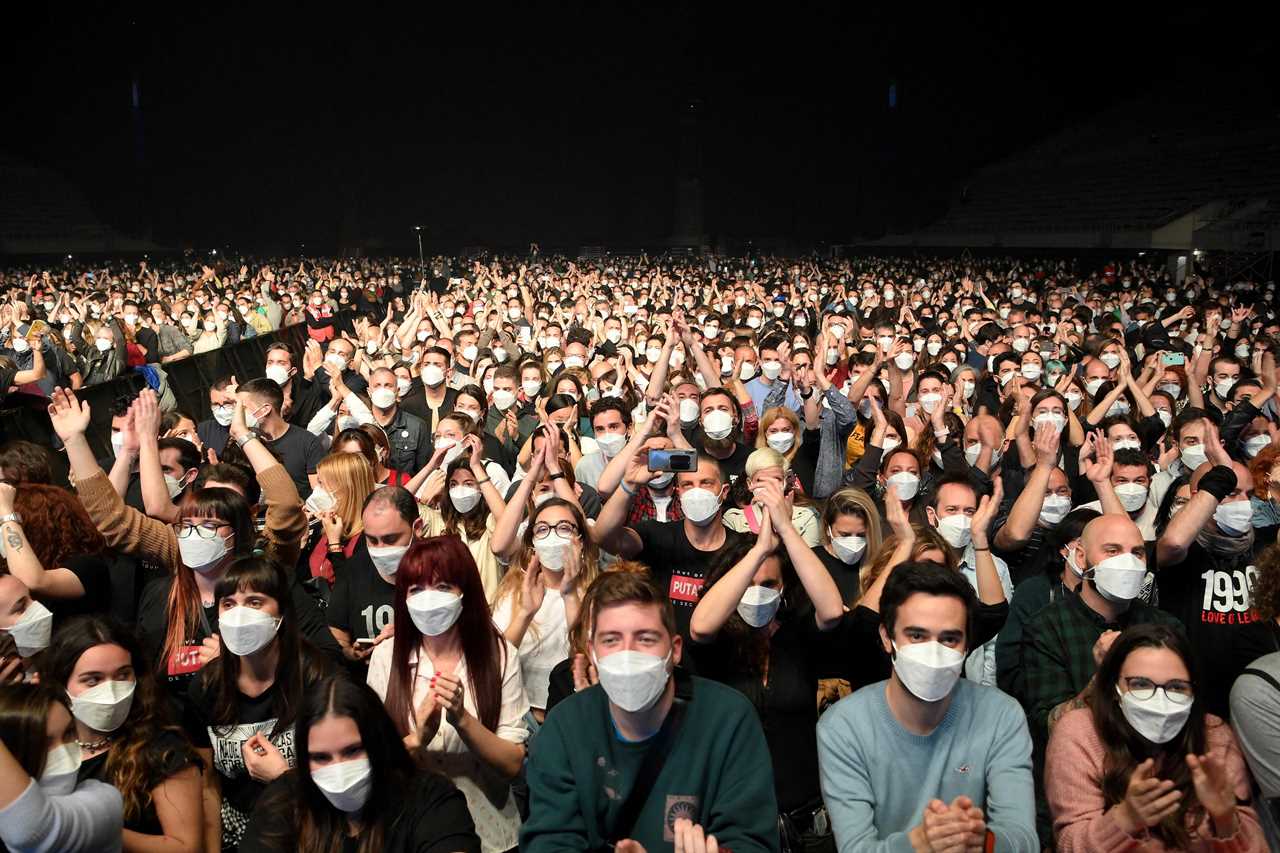 ]The passports would be used to enable events this summer 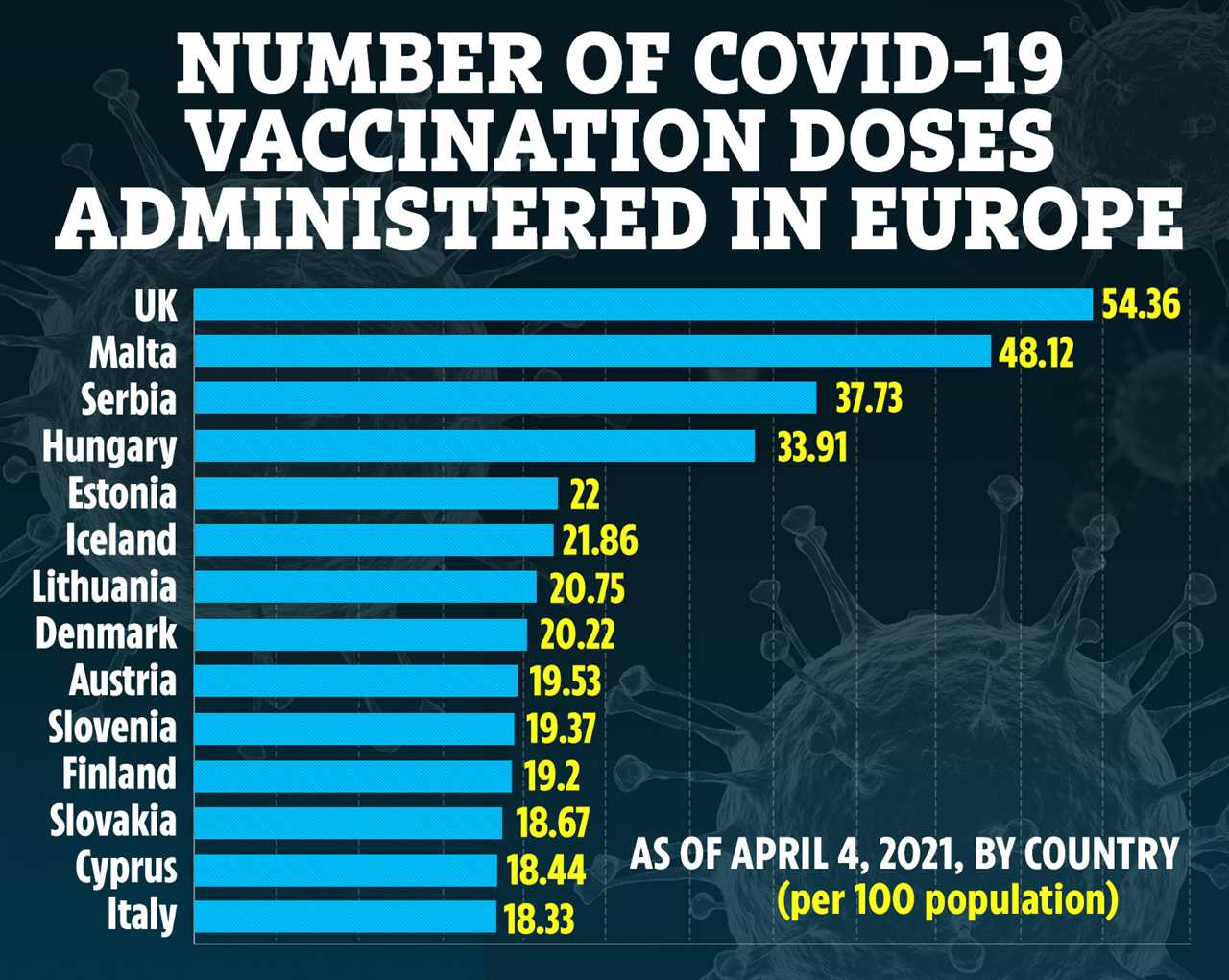 In the meantime, use of passports to enable capacity crowds would come into effect in time for the start of the Premier League season in August.

The Prime Minister’s roadmap would enable larger outdoor sports venues to operate at up to 25 per cent capacity by May 17.

The legal capacity would max out at 10,000 spectators.

Wembley Stadium would have a maximum of 50 per cent capacity for the latter stages of the Euro 2020 matches in July. Passports could change this, enabling an opening for full-capacity events.

“It may be the choice we’re looking at is the opening day of the Premiership with 20,000 to 30,000 supporters without Covid passports, or starting the season with the passports or some other system with 60,000,” the Minister said.

“It’s obviously still a bit of a moveable feast, but on the current data we think we’ll reach herd immunity some time in October. So the question is, what can we do to manage things like major events in the meantime?”

A senior Government source noted that it was “impossible to know for sure” due to there being so many moving parts in the pandemic.

“The uncertainty is over winter and the potential for a resurgence, but the data is looking good at the moment.”

Earlier this week Modelling by University College London (UCL) showed 73.4 per cent of Brits will have protection from the virus by April 12.

But modelling by Imperial College London released this week suggested the number of Brits who were protected was 34 per cent.

As Britain’s vaccine rollout roars on, with more than 31.7 million jabbed, the number of people who have died with Covid has plunged almost 50 per cent in a month.

Health Secretary Matt Hancock – keen not to slow the Government’s vaccine rollout – played down the data.

Hancock dismissed modelling that shows the proportion of the population with protection against the virus is set to hit almost three quarters on Monday.

And he said other scientists have previously told him herd immunity might not be reached until after June.

More than 40 Tory MPs have opposed the idea of vaccine passports, meaning Boris Johnson could struggle to get the plan through Parliament.

Ministers have reportedly held talks with Israeli officials over using the technology for its Green Pass scheme – which has been touted as largely successful.

The technology lets those who have been vaccinated or had Covid enter places such as concert venues and gyms. 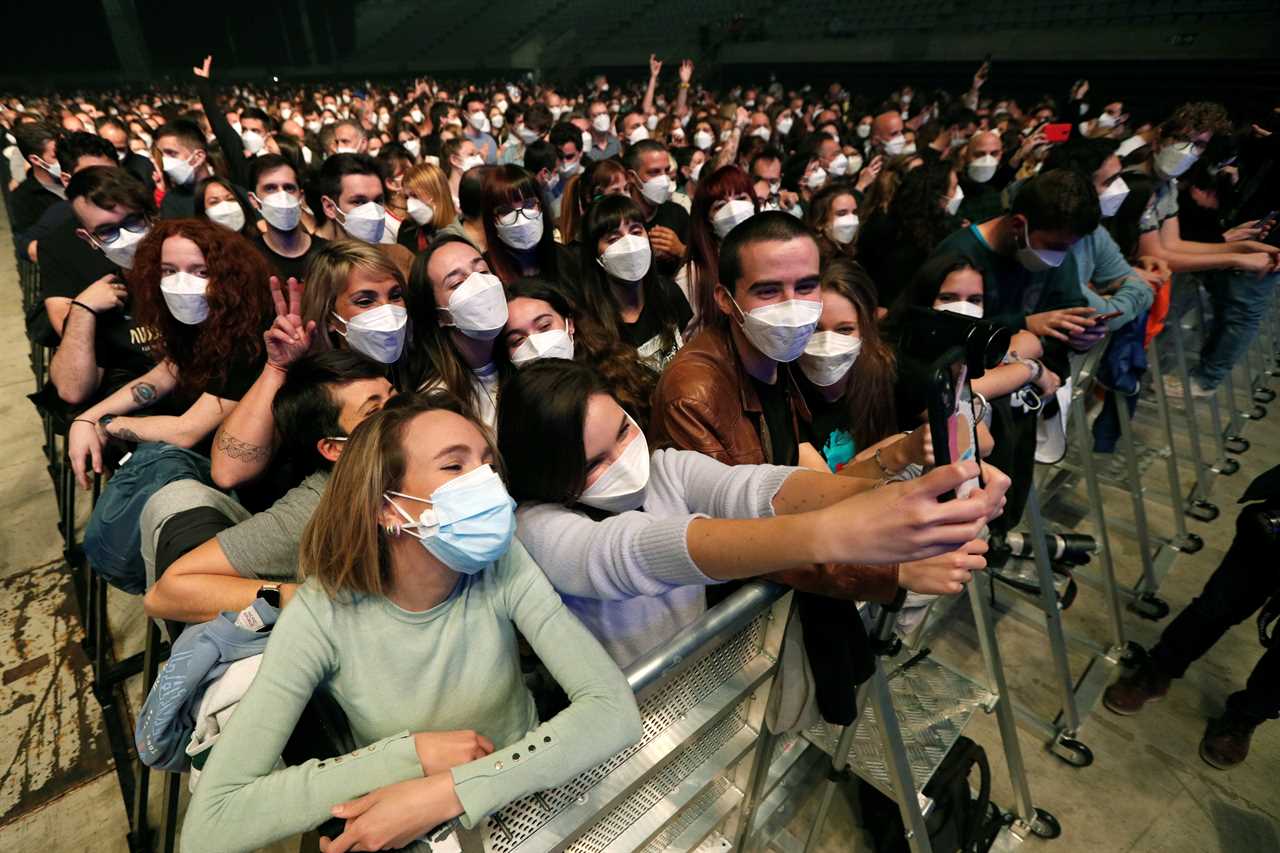 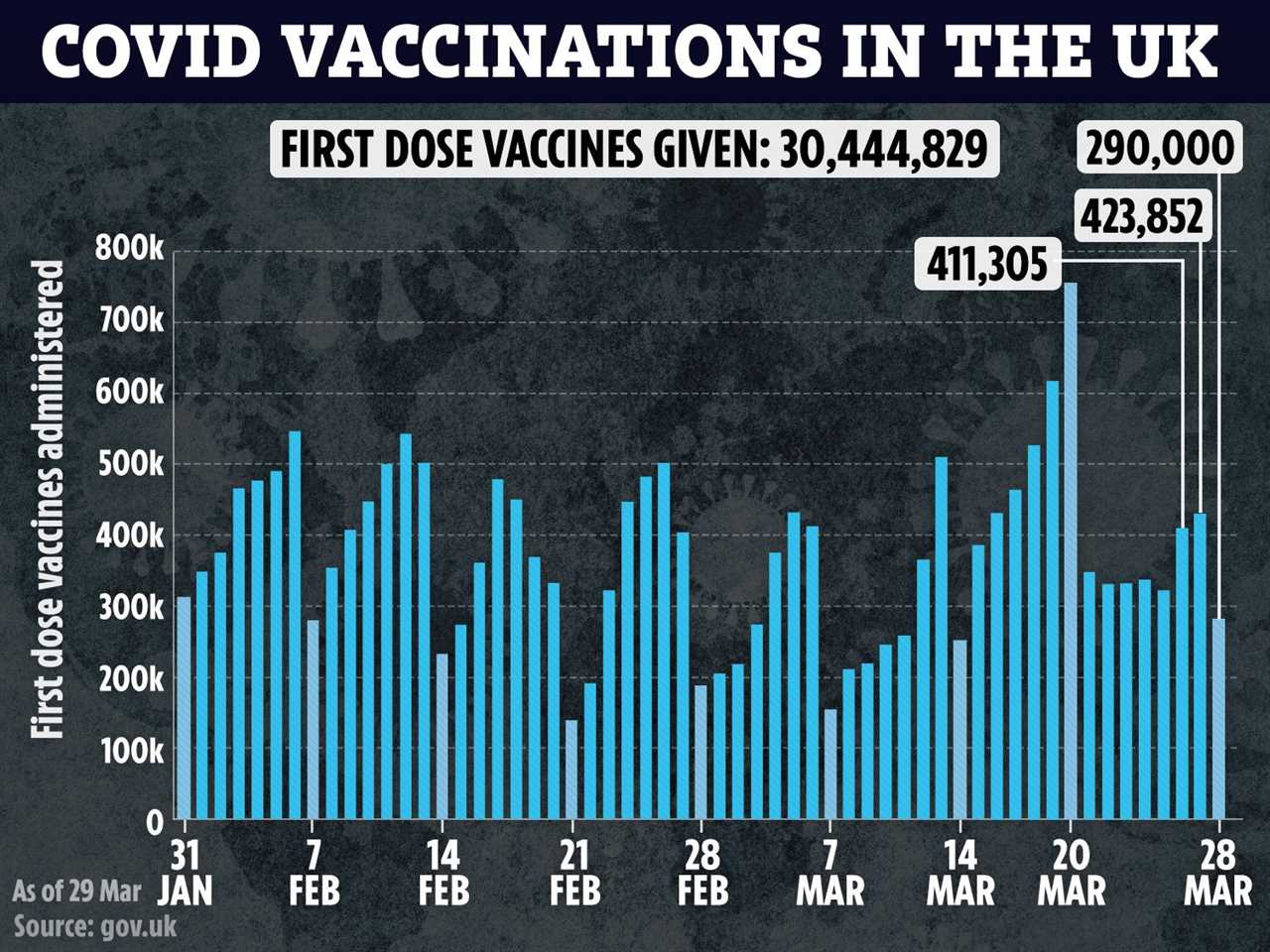