COVID deaths have risen by six per cent in a week with 61 new fatalities recorded today.The UK has also reported 26,750 new infections in the last 24 ..

COVID deaths have risen by six per cent in a week with 61 new fatalities recorded today.

The UK has also reported 26,750 new infections in the last 24 hours – which is less than yesterday’s daily total. 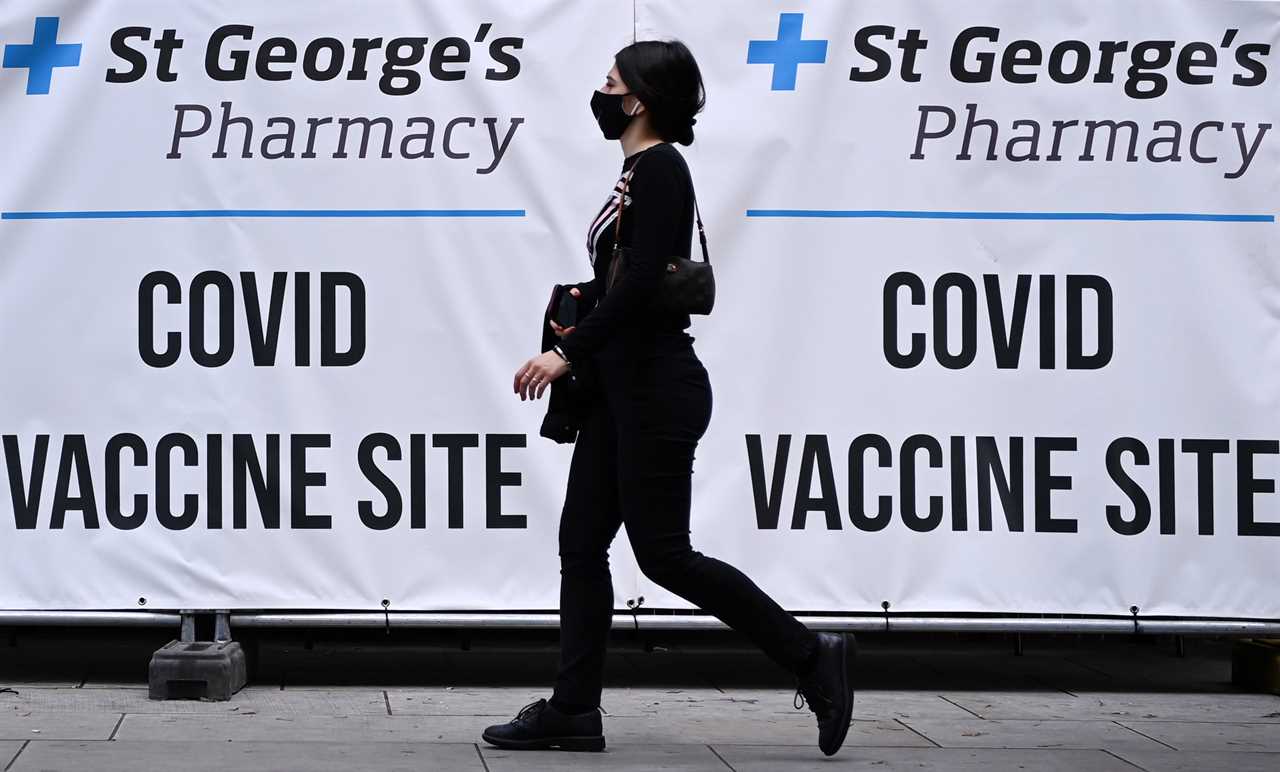 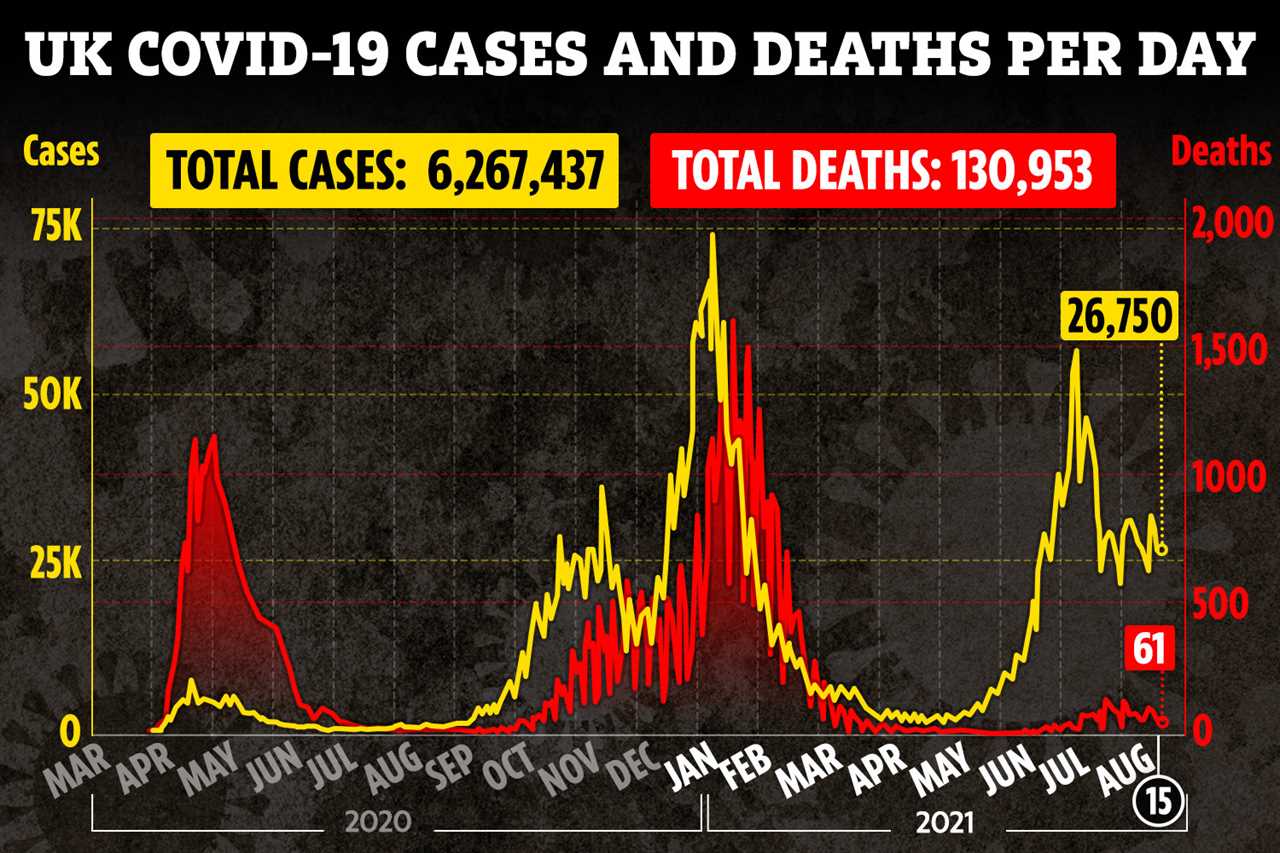 Today’s figures bring the total number of those infected with the virus since the pandemic began to 6,267,437.

However, the vaccine rollout continues strong – with 47,302,445 first doses now given out to people across the UK.

Meanwhile, double-jabbed Brits will finally be free from the ‘pingdemic’ from TOMORROW.

Self-isolation rules are being scrapped for people alerted by the NHS Covid app when they have been in close contact with someone who has tested positive for the virus.

Adults and children will be free to return to work, attend school, and meet friends and family as the protection from vaccines replaces the need for contact isolation.

Instead, people are advised to get a free PCR test as soon as possible, but this will not be a legal requirement.

More than 75 per cent of adults have had both doses of the vaccine, meaning the majority of Brits can take advantage of the new rules.

However, the changes won’t apply to the unvaccinated, those who have had only one dose, and double-jabbed people who received their second vaccine fewer than 14 days prior to contact with a positive case.

The vaccine must be a Medicines &amp; Healthcare products Regulatory Agency-approved one – which is Pfizer, AstraZeneca or Moderna in the UK.

Anyone who has virus symptoms should still self-isolate and get a test as normal — and anyone who tests positive will be legally bound to stay inside.

And all 16 and 17-year-olds will be offered a Covid jab in the next week as the rollout could be extended to all over-12s.

Youngsters will be given a dose of the Pfizer vaccine in a bid to build up immunity before schools and colleges open up next month.

Secondary schools are also being put on alert to provide a vaccine programme for all children over age 12 – which could begin in the autumn term.

Last week, officials in Whitehall met to discuss extending the jab programme to all kids in the age group – not to just children with health conditions or living with high-risk people.

The jabs would be administered by schools in the same way other vaccines are rolled out in the institutions, according to the Sunday Times.

The NHS has already been asked to write to school immunisation teams urging them to prepare for the widened rollout programme.

This follows reports that said the World Health Organization missed its only chance to stop the Covid pandemic after it reportedly delayed a global emergency warning in order to protect China’s economy.

Taiwanese authorities had sent the WHO an email regarding their concerns about “atypical pneumonia cases” in Wuhan in December 2019, The Times reported.

However, the WHO did not act on the warning, with relations between Taiwan and the WHO strained due to China‘s claims of sovereignty over the island.

Taiwanese vice president Chen Chien-jen, an epidemiologist, accused the WHO of dismissing the early evidence it had provided, and said they failed to warn the world about the Covid pandemic. 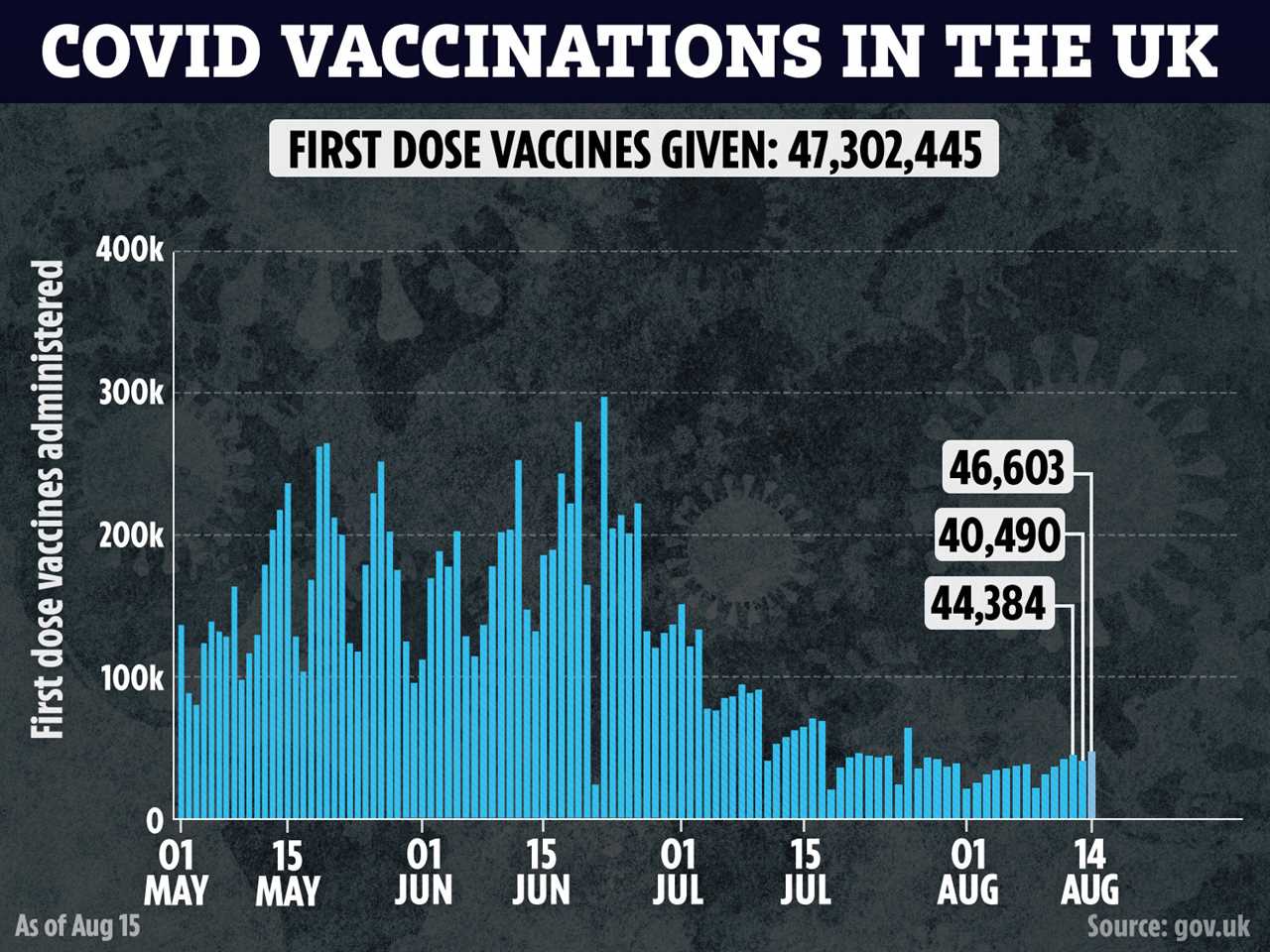