Covid cases are rising in 278 areas – is YOURS one of the worst hit?

CORONAVIRUS cases are rising in 278 places and this interactive map reveals if your local authority is one of them.The rise in infections comes as..

CORONAVIRUS cases are rising in 278 places and this interactive map reveals if your local authority is one of them.

The rise in infections comes as one expert warned that Christmas could be at risk if eligible Brits don’t come forward for their boosters.

Data for the week up to November 20 shows that cases are still rising in Torridge in Devon and the map above shows the most recent infection rates.

Infections have fallen in 95 places across the UK and Torridge in Devon still has the highest rate in the country.

Health officials in the area have now said that high testing rates and cases in the unvaccinated are the reason behind the spike in infections in the area.

He explained that cases aren’t currently being seen in older and more vulnerable people who might end up in hospital.

“I wouldn’t want to worry people but our rates are much higher than last year but with the vaccination programme we are not seeing the same impact which is the important measure to look at”, he told the BBC.

While these areas have the highest rates in the country, there are five places that have witnessed a significant increase in infections in the last week.

On the Southeast coast, Eastbourne has also witnessed an increase in rates, going from 351.3 to 572.0.

While infections are continuing to rise in the majority of places, one expert said symptoms are masquerading as a cold.

The ZOE COVID Study estimates 76,728 new people are getting symptomatic Covid in the UK each day – 18 per cent higher than the 65,059 last week.

Professor Tim Spector, lead scientist on the study, says it’s “far too high” and it’s “up to us to save Christmas”.

He said: “Seeing cases on the rise again is really disheartening and the recent ups and downs, unlike previous waves, is making it hard to predict where things will be from week-to-week.

“However, for me, the message is that cases are still far too high. Although we  appear, for now, to be faring better than some European countries in terms of case numbers, the UK continues to have relatively high hospital admissions and deaths, which is a real cause for concern.

“While the government is unlikely to enforce restrictions for Christmas, family gatherings will undoubtedly increase risk, especially for older and more vulnerable family members who haven’t yet had their third vaccine dose.

“Saving Christmas is up to us. Those of us eligible for the third jab should take it now.” 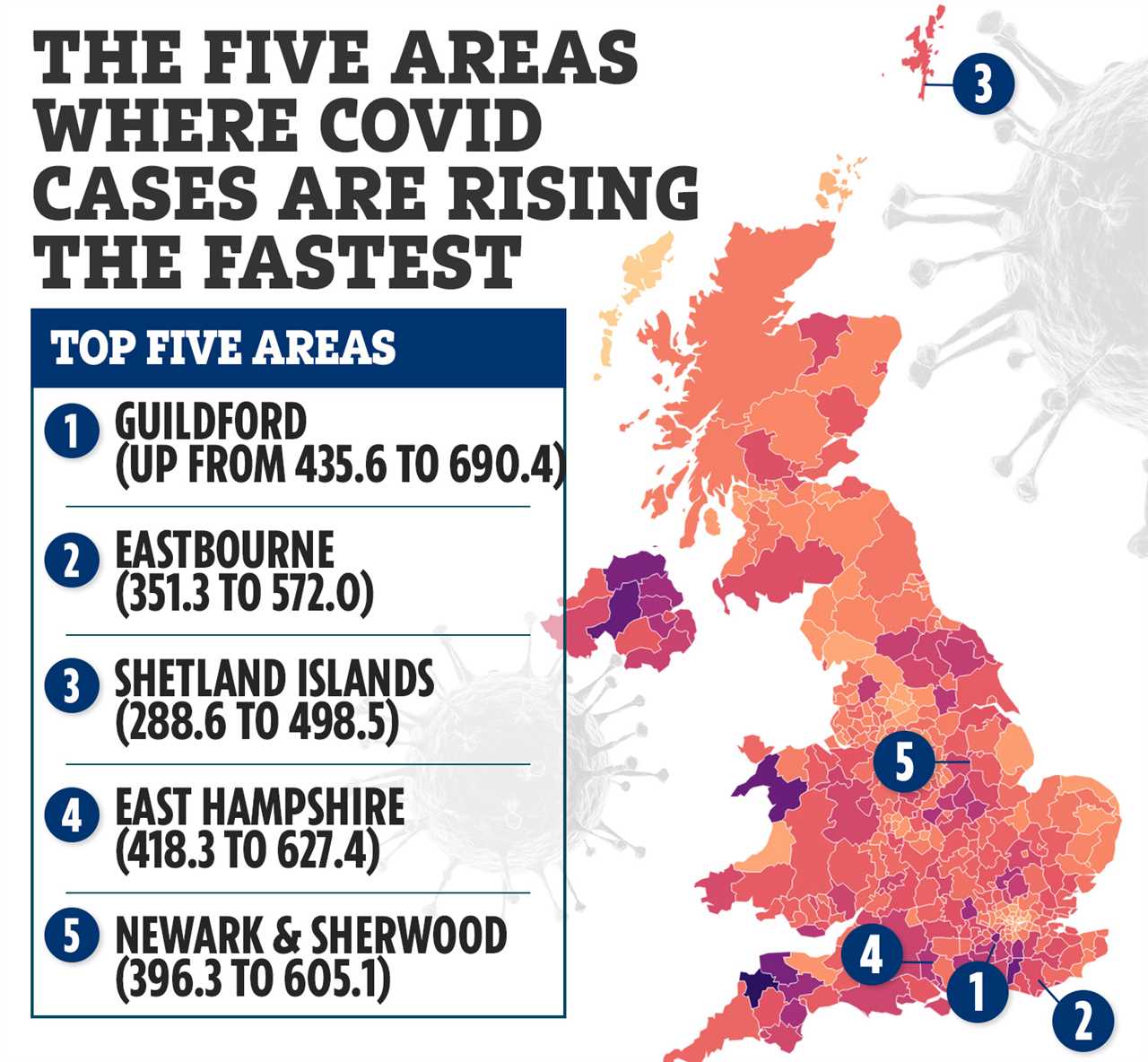