CORONAVIRUS cases are now falling in every region in England as the crucial R rate has stabilised, new data has revealed.Today daily infections..

CORONAVIRUS cases are now falling in every region in England as the crucial R rate has stabilised, new data has revealed.

Today daily infections dropped below 100,000 for the first time in three weeks, indicating the Brits have now passed the peak of Omicron infections. 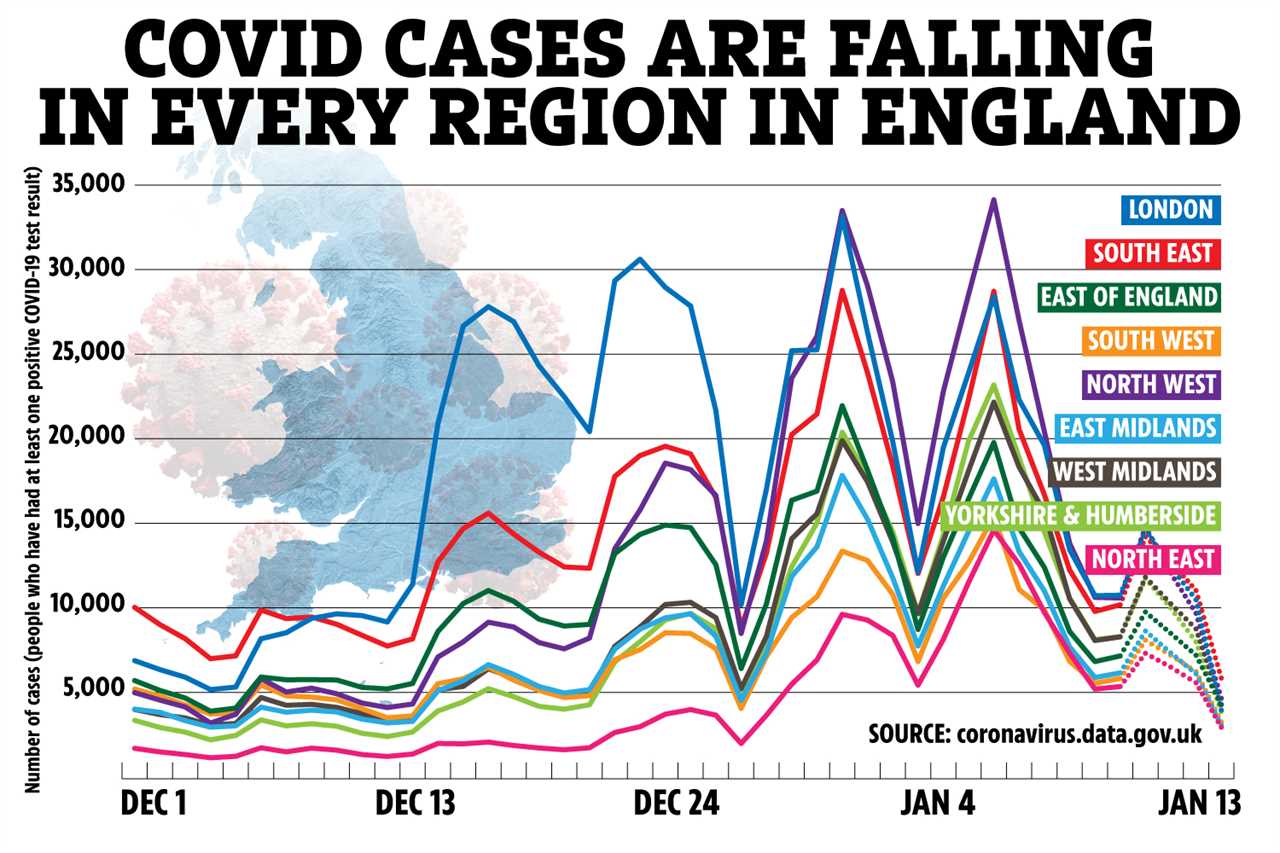 The chart above shows how Covid cases are falling across the country, data from the days from January 10 to January 13 are incomplete 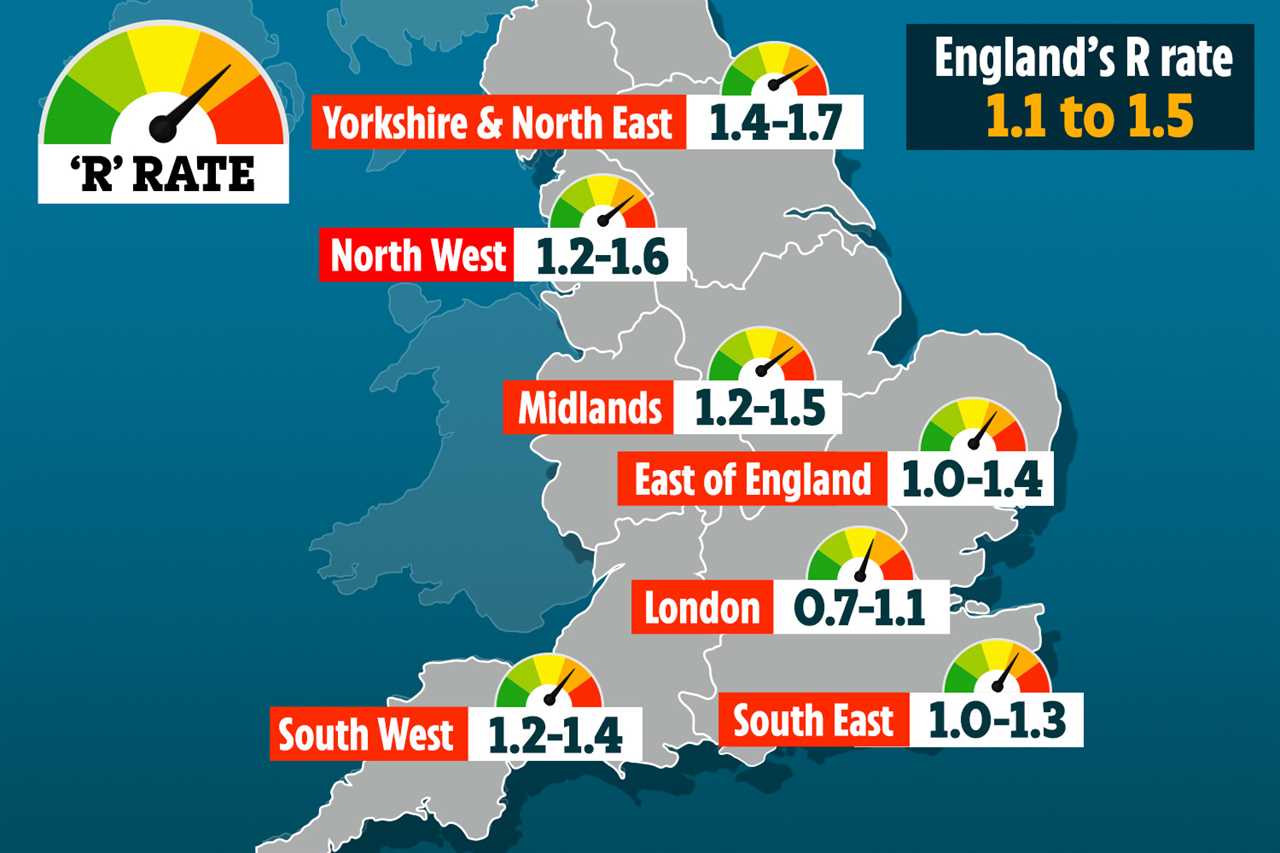 It’s highest in the North East, which sits between 1.4 and 1.7, but despite a high R rate, infections are now starting to fall in the region – which had previously been an Omicron epicentre.

Infections have dipped to 99,652 today across the country and the last time figures were below 100,000 was Christmas Day, but this was likely due to people celebrating the holiday and not getting tested.

But December 19 saw 81,761 new cases in 24 hours, before it began to steadily increase over the next two weeks.

For the past seven days, infections have fallen hugely from record highs of over 200,000-per-day in an encouraging sign.

The fall in infections across the country comes after the government decided to lower the isolation period of the virus to five days, from seven.

Ministers have also hinted that Covid passports could be scrapped within weeks as the UK prepares to exit the pandemic.

The decisions come off the back of falling infections and evidence that the Omicron variant is milder than those that came before it, with most people now presenting with cold-like symptoms.

Omicron infections had first peaked in London towards the end of the second week of December before cases made their way across the rest of the country.

Just over a week ago, cases had been quickly rising in areas across the North East – but over the last few days, infections have seen a fall.

On January 13. UKHSA data states that 2,939 people tested positive with Covid in the North East.

On January 4, over 14,000 people a day were testing positive for the virus in the region.

Looking at the same time period, between January 4 and January 13, a pattern emerges across the country of falling infections.

While the data set for the last few days is not complete, there is a clear drop in cases across the regions.

But data from the Office for National Statistics (ONS), which goes up to January 7 states that the North West currently has the most infections in the UK.

Around one in ten people in the region are currently testing positive for the virus.

Data from the ONS – which is slightly behind the government’s daily dashboard data, stares that positive infections continued to increase in England up to January 7, except in London and the East of England.

The area with the highest infections rates, it states, is the North West, while the South West has the lowest.

“Case rates decreased in most groups, although increases were observed by region in the North East.”

Yesterday the latest data from a Covid survey revealed the Omicron wave has peaked in the UK.

Professor Tim Spector said: “From Zoe data, the Omicron peak has gone, a few days ago.

“Across the country we are seeing a decrease in virtually all areas, except perhaps the North East, but that is starting to slow down.

“The Omicron wave has peaked and is going down so we’re on the other side so that’s great – but of course we don’t know what the future holds.”

It was also revealed just under half of all patients with Covid in hospital are being treated for something else primarily.