BRITS who live in the EU have been stopped at the Eurotunnel – because they’re banned from travelling through France.The French government is..

BRITS who live in the EU have been stopped at the Eurotunnel – because they’re banned from travelling through France.

The French government is enforcing strict new Covid rules to try and slow the spread of the mutant Omicron variant as an astonishing 208,000 cases were registered yesterday alone. 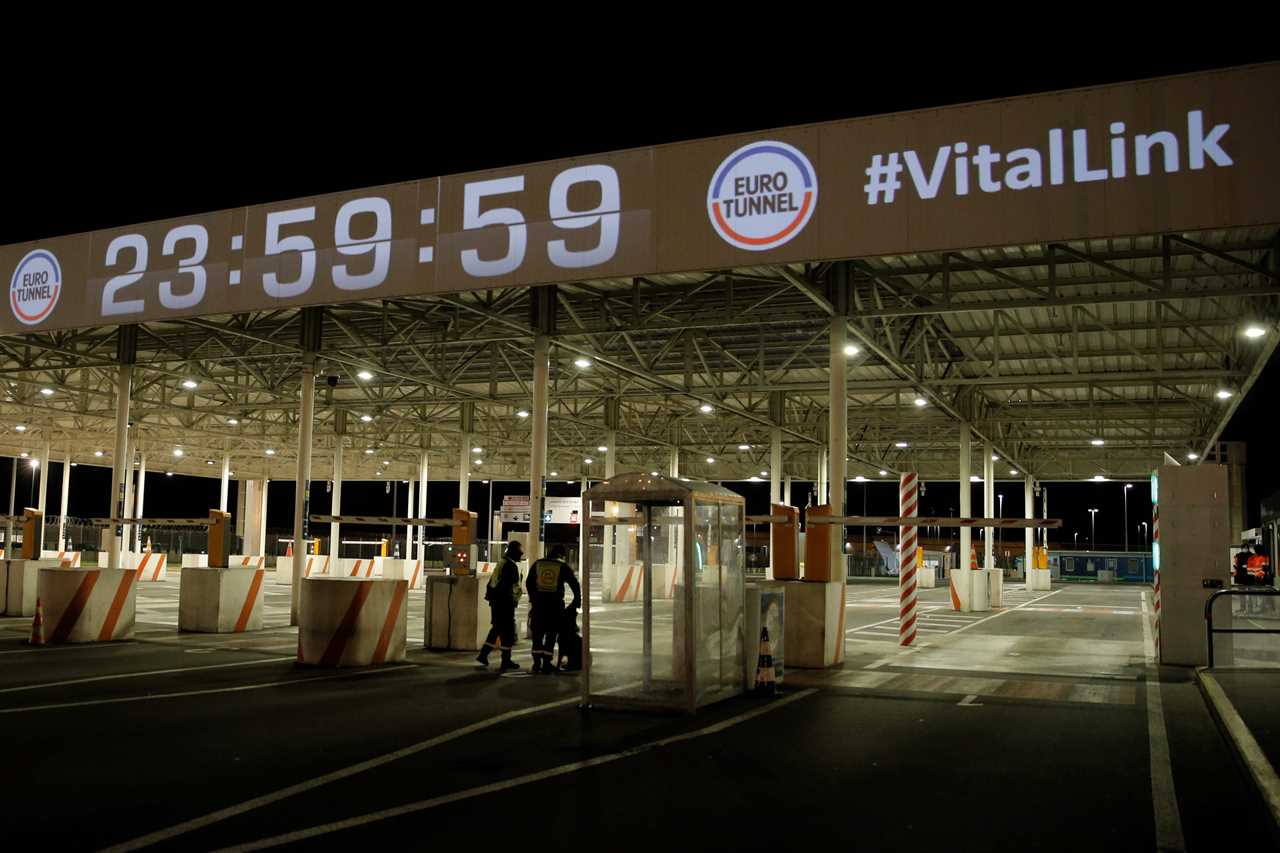 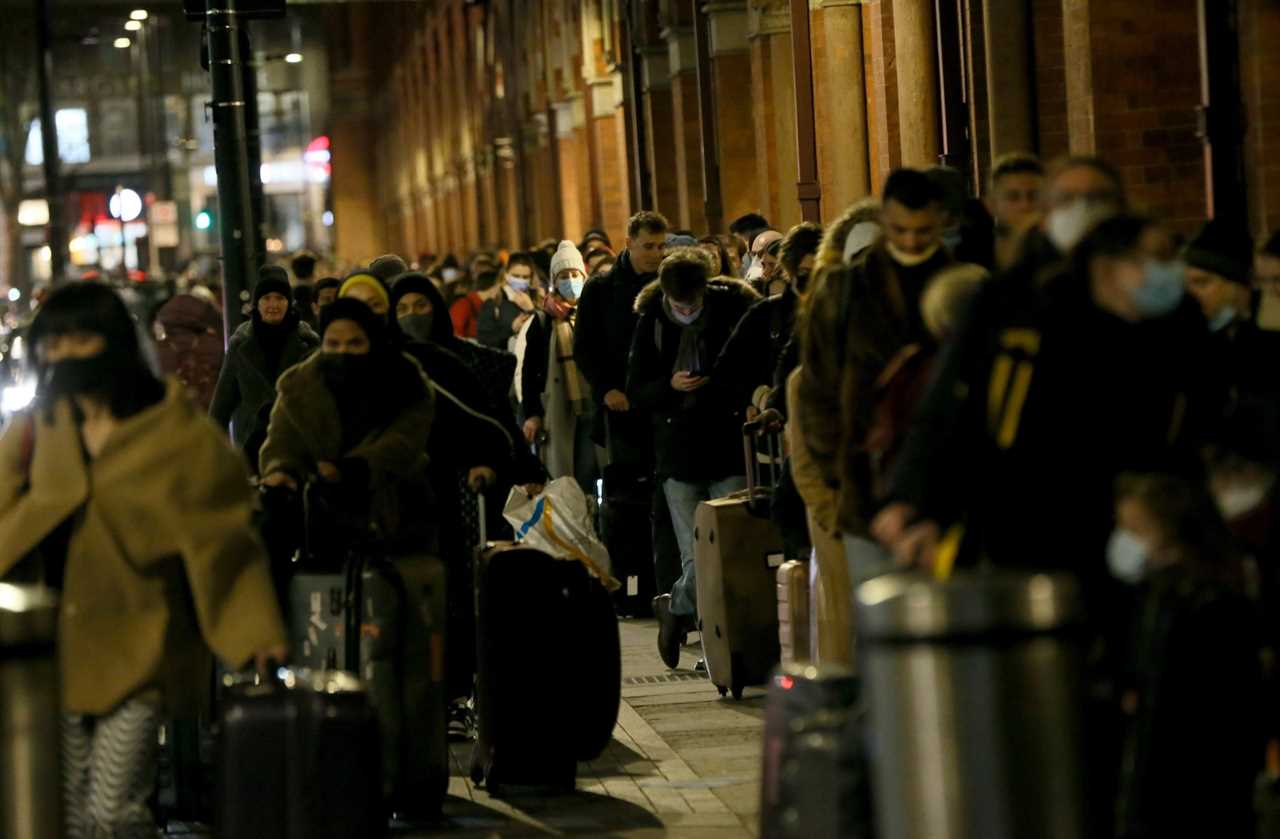 Earlier this month, worried passengers queued at St Pancras in London to get to France before the rule change

And passengers hoping to travel from the UK to Belgium, Italy, Spain and Germany have now been told they’ll no longer be able to drive or take a train through France to get there.

The Eurotunnel links Folkestone in England and Coquelles, near Calais.

There were also unconfirmed reports that P&O Ferries had issued similar advice to their passengers.

The company is currently directing its customers to the French authorities for travel advice.

Officials in France say British travellers must have a “compelling reason” to visit the country. No information is provided on what that might be.

Confusion has only deepened this morning after the French Interior Ministry insisted to MailOnline that Eurotunnel chiefs are wrong – despite reports that Brits have been turned away from boarding.

Roland Moore, who works as a public affairs director in Brussels, says he was escorted off the Eurotunnel “like a criminal”.

In a post on Twitter, he said he was “denied access” by French customs officers – who told him “being a Belgian resident was no longer a compelling reason”.

“Imagine how I felt – stranded and deserted last night and escorted off Le Shuttle property like a criminal,” he said.

In an “urgent” update on its website, Eurotunnel appeared to confirm the rules have changed.

“Following a French Government decision, on 28/12/2021, unless they hold French residency, British citizens are now considered third country citizens and can no longer transit France by road to reach their country of residence in the EU,” the statement said.

The current advice on the French government’s website is that nationals of the EU “or equivalent”, as well as their partners and children, can travel from the UK through France.

Under the country’s new Covid crackdown, wearing masks on the streets of Paris is mandatory from Friday, with a €135 fine for those who don’t.

Mask wearing is already mandatory inside public buildings and on public transport.

“Given the numbers we have been seeing these past few days, we’re talking about a landslide.”

And he warned that, at the current rate, two people in France test positive for Covid every second.

A string of hugely positive studies have shown Omicron IS milder than other strains, with official reports revealing the risk of hospitalisation is 50 to 70 per cent lower than with Delta.

Trending In The News’s Jabs Army campaign has been helping get the vital extra vaccines in Brits’ arms to ward off the need for any new restrictions. 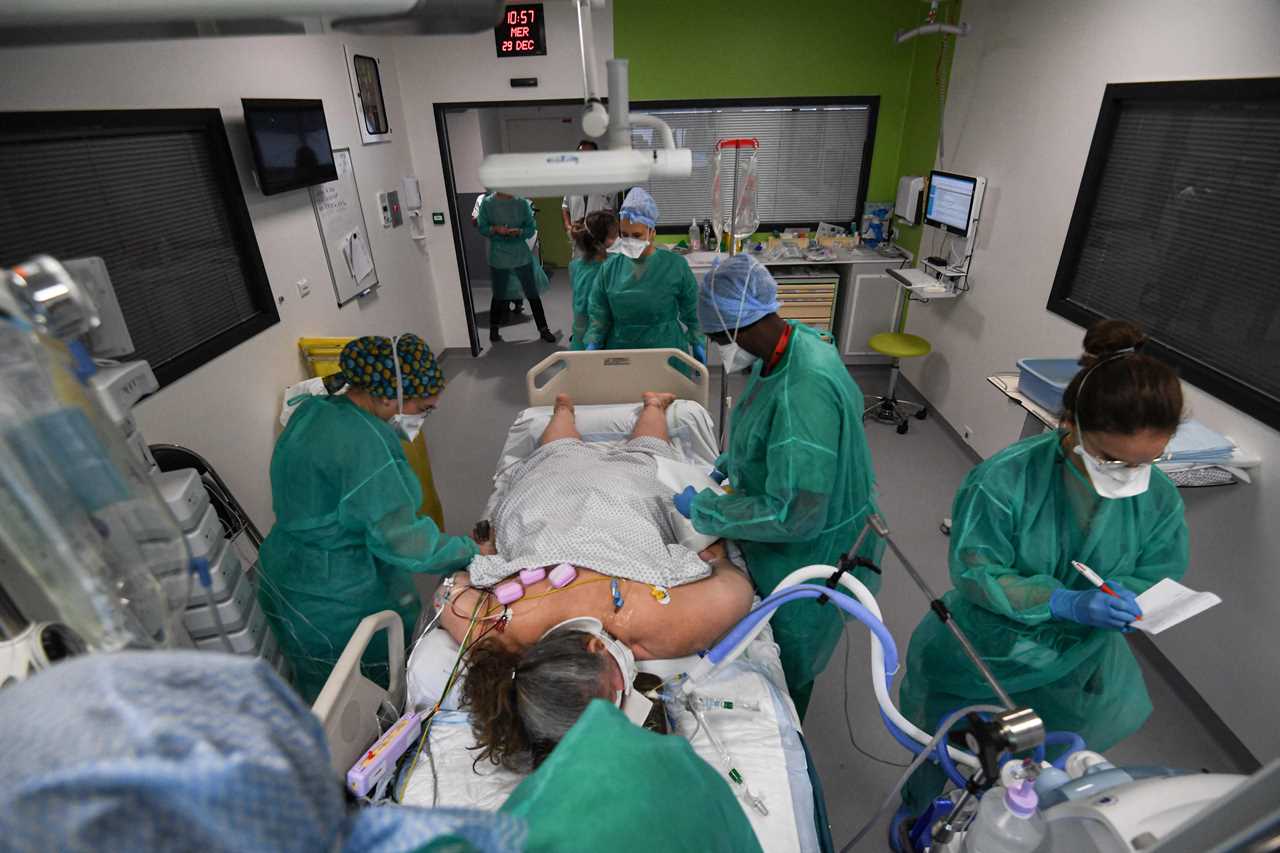