BORIS Johnson is due to hold a major press conference today to reveal the UK’s winter Covid plan.The PM will unveil a toolbox of measures to avoid a..

BORIS Johnson is due to hold a major press conference today to reveal the UK’s winter Covid plan.

The PM will unveil a toolbox of measures to avoid a seasonal spike in an address to the nation at 4pm. 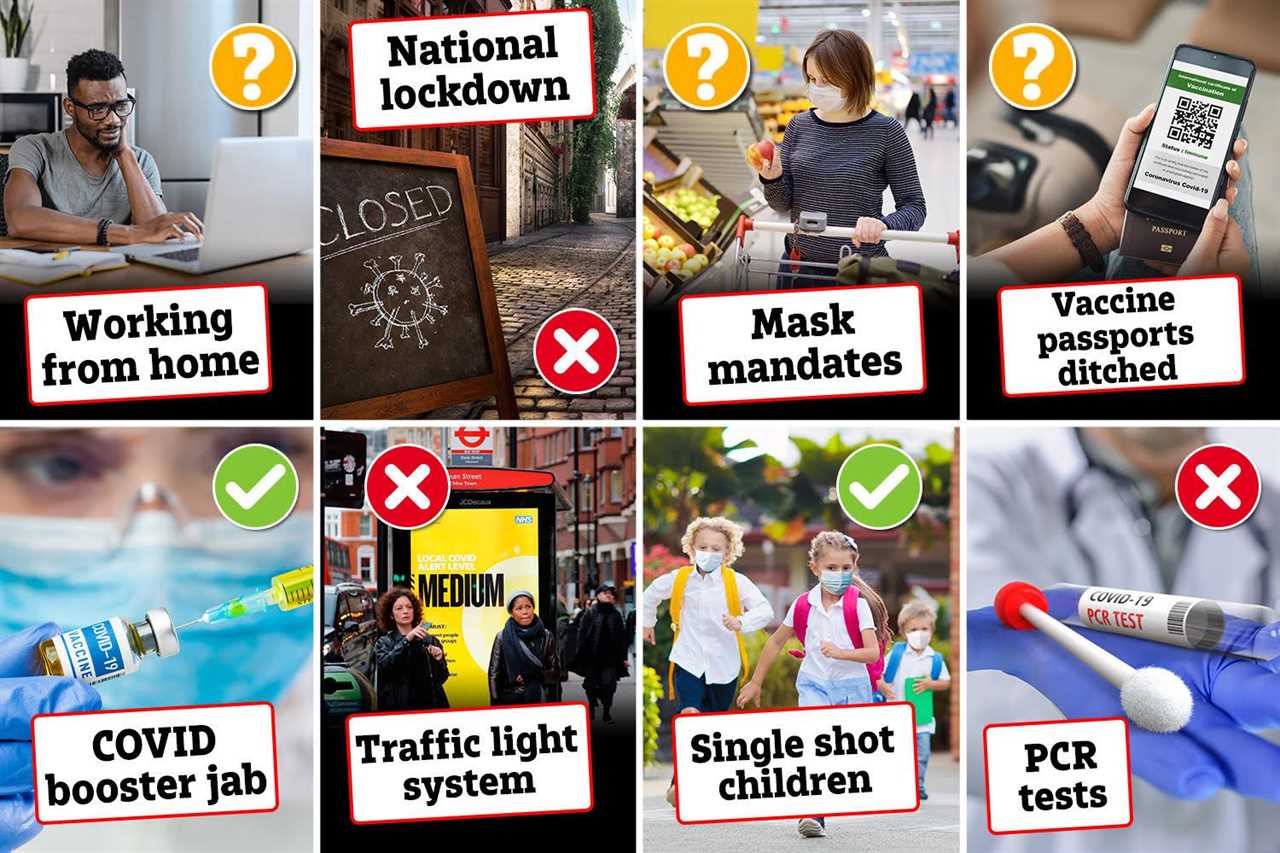 However, he’s refused to rule out a further lockdown altogether – warning: “We’ve got to do everything that’s right to protect the country.”

He is set to speak hours after the loss of his mother, professional painter Charlotte Johnson Wahl, who died last night at the age of 79.

It will mark a big day in the fight against Covid – with Brits expected to be told it’s time to live alongside the virus.

No10 has previously said reintroducing draconian lockdown restrictions will be a “last resort” only.

Top medics Chris Whitty and Patrick Vallance will be beside Mr Johnson for the speech.

The PM is expected to say he is “dead set” against imposing another lockdown.

Yesterday, he told reporters during a visit to Leicestershire the Government is “very confident” in the steps taken so far.

“I’ll be giving a full update on the plans.”

It’s understood the PM is desperate to avoid cancelling Christmas after millions were told they couldn’t meet their families for the festive period last year.

However, question marks remain working from home and face coverings.

Mr Johnson is set to tell Brits he has abandoned plans for vaccine passports altogether.

Instead, he will hail a booster jabs blitz for the over-50s as the best “tool” to fight off a fourth surge of the deadly virus.

Trending In The News can reveal third doses are to be rolled out in a similar way to the first vaccine drive, starting with the most elderly and vulnerable.

As the vaccines are taken up they will then be offered to younger and younger age groups.

It was also announced yesterday that children aged 12 to 15 will be offered a single shot of the vaccination to drive down infections.

Just “10 per cent or so” of those able to get vaccinated have not had a single jab – and Mr Johnson has urged those Brits to “please go and get one”.

He added: “Don’t forget that the vast majority of people who are suffering seriously from Covid are unvaccinated.

“Very sadly, people who are still succumbing to Covid, dying from Covid, are the unvaccinated, so please go and get your jab.”

Meanwhile, it’s understood Mr Johnson will today announce that he will repeal certain sections of the Coronavirus Act.

That could mean the Government will no longer have the power to close down the economy, impose restrictions on large events, or temporarily close down schools.

And it’s suggested the much-loathed traffic light system could go.

Lockdown-hating backbenchers demanding ALL measures are axed permanently are plotting to vote down the PM’s winter blueprint.

Chair of the Covid Recovery Group Mark Harper said: “They shouldn’t be kept in reserve – they are pointless, damaging and discriminatory.”

Work and Pensions Secretary Therese Coffey yesterday said there were “many tools in the toolbox” that remained.

The Cabinet Minister would not rule out tighter restrictions on masks and working from home.

Meanwhile, the number of daily Covid cases in the UK has dropped by a quarter in a week. 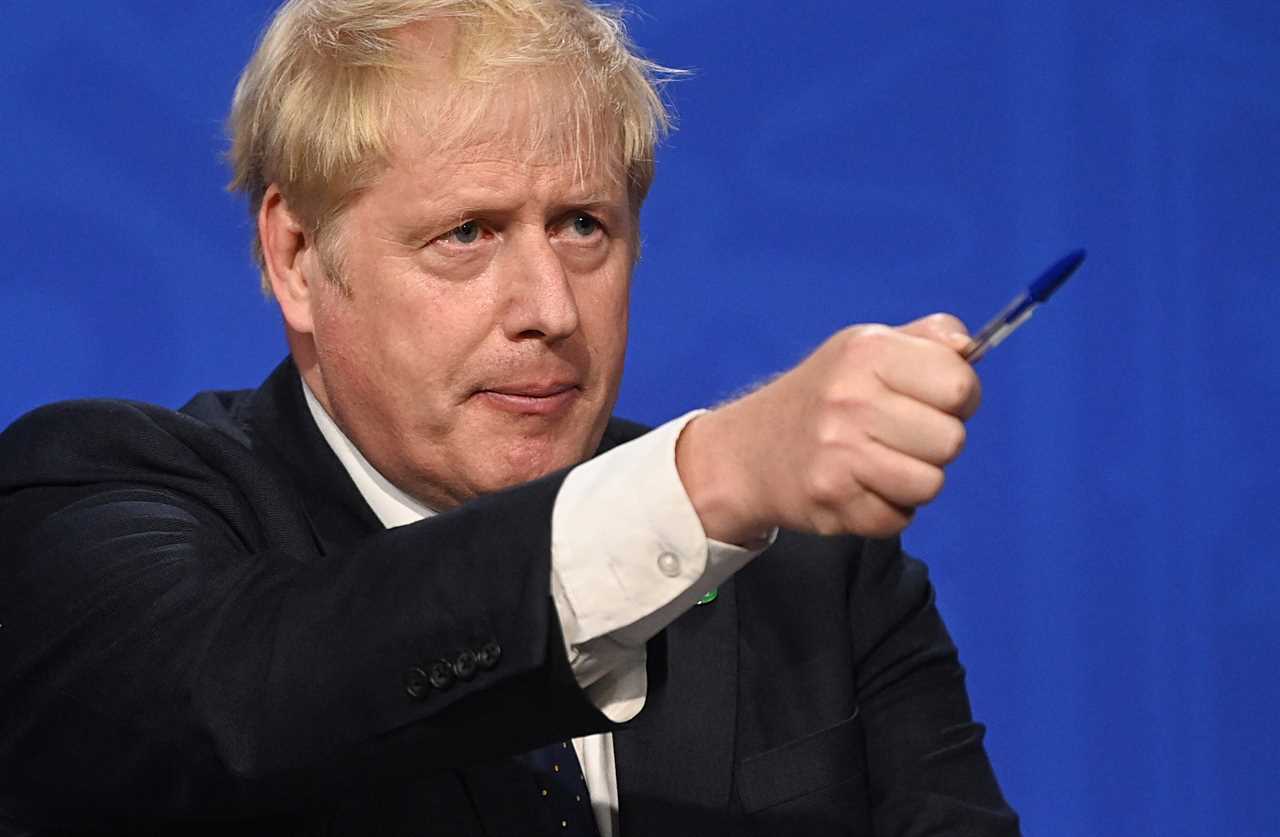 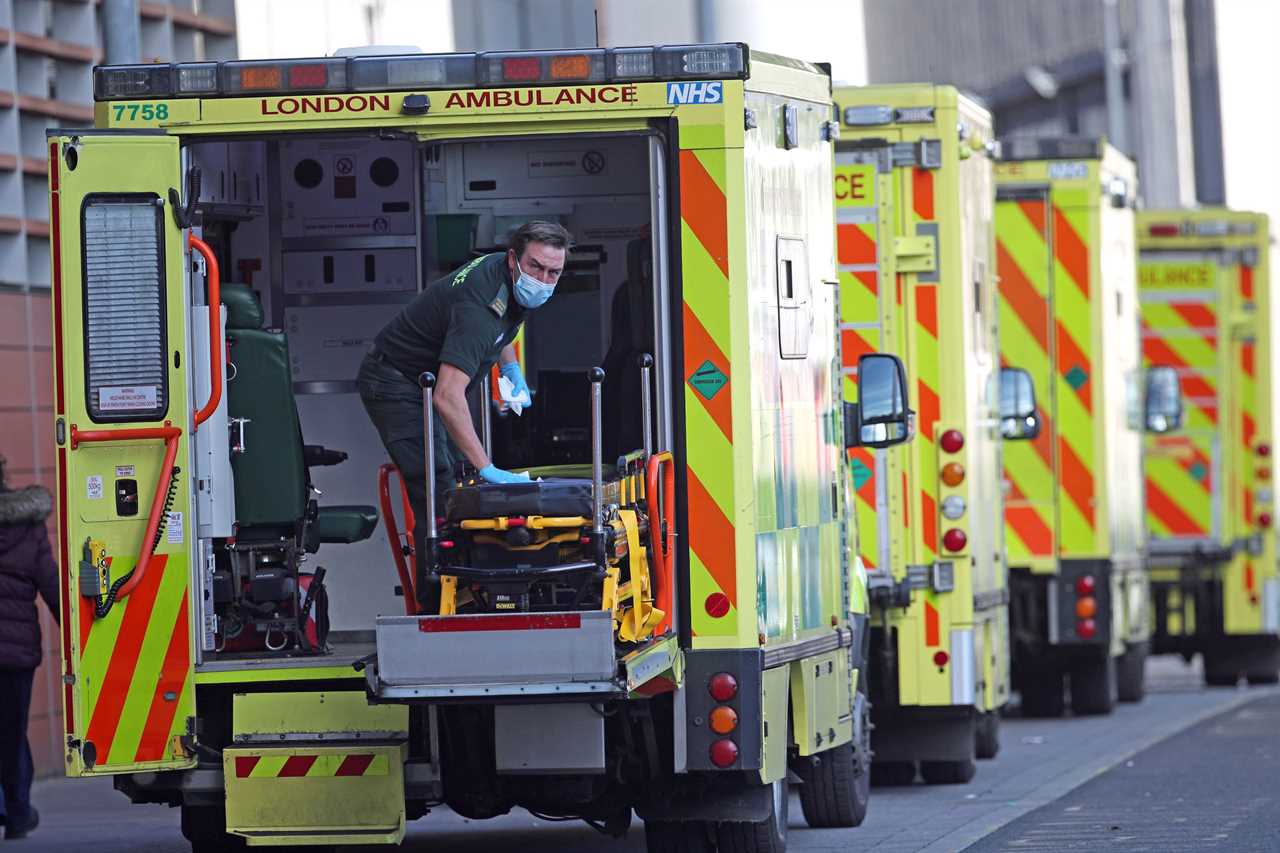 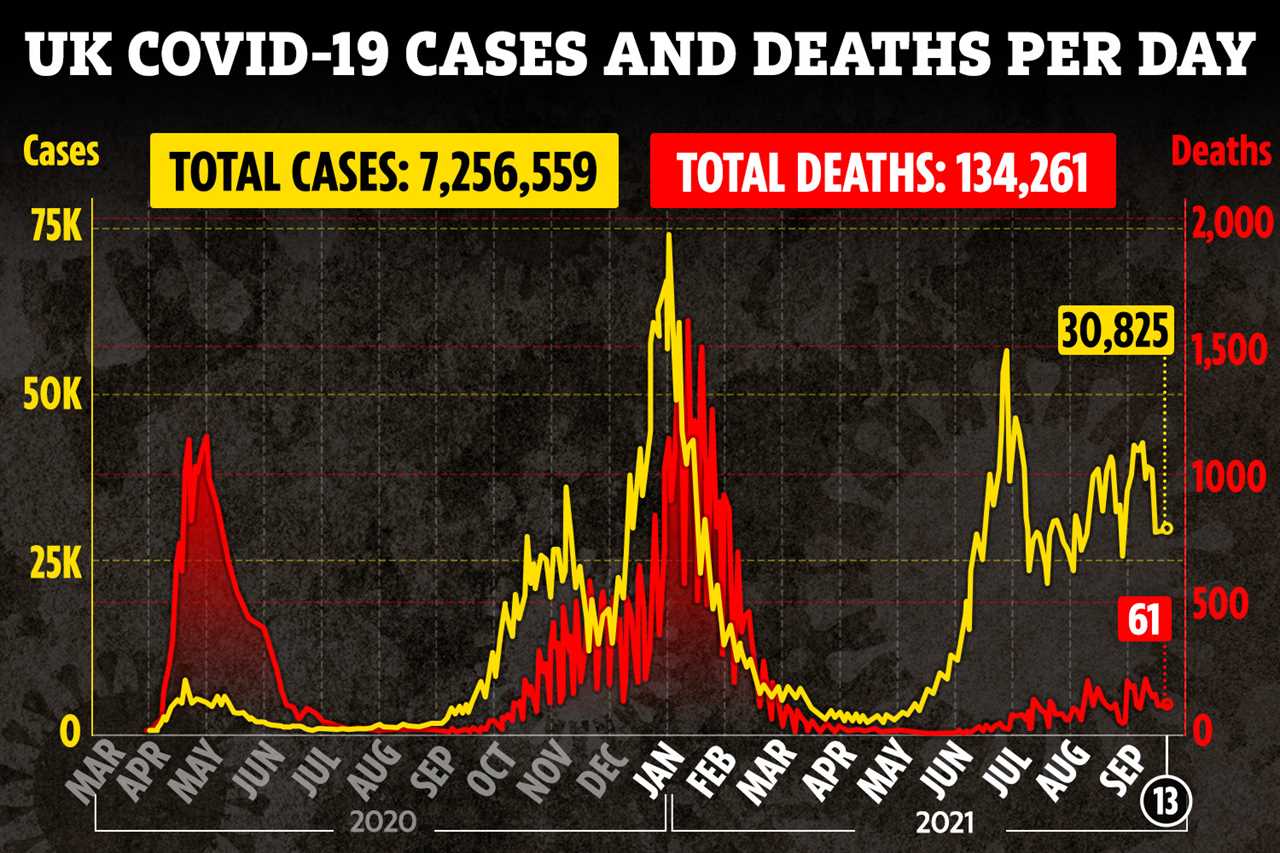