THIS is the odd moment an anti-vaxxer declared she was leaving her husband because he got a booster jab in a bizarre rant on TV.Tensions are..

THIS is the odd moment an anti-vaxxer declared she was leaving her husband because he got a booster jab in a bizarre rant on TV.

Tensions are simmering in New Zealand as police and hundreds of protesters clash over Covid vaccine mandates and tough restrictions. 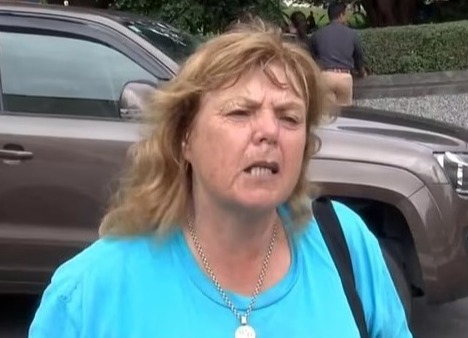 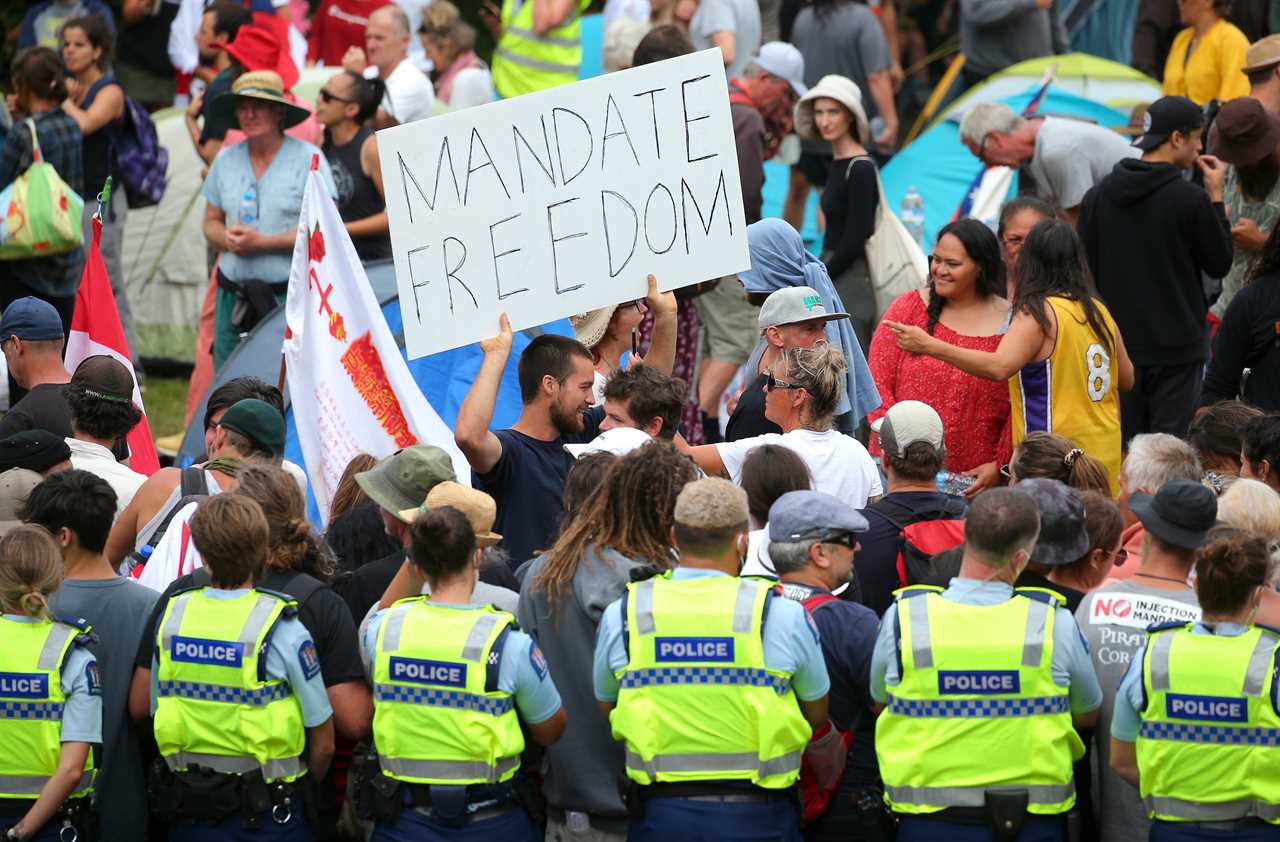 More than 120 people have been arrested as cops tried to forcefully remove swarms of demonstrators camped outside parliament.

On day three of the rally, one woman announced on a news report she was cutting ties with her husband – because he’d had a jab.

“I’m leaving my husband. He got the booster today,” she ranted on 1 News.

“He’s gone. I don’t want anything to do with him. I honestly seriously believe he is going to die.”

Protests erupted on Tuesday as hundreds of people parked up in campervans and pitched tents, cramming into the streets of central Wellington and across the lawns of parliament – inspired by truckers’ demonstrations in Canada.

Dozens more people arrived outside New Zealand’s parliament on Friday as protesters calling for an end to a vaccine mandate and draconian restrictions refused to end their demonstrations despite arrests.

“Police continue to take a measured approach to the protesters, who are trespassing on the grounds of Parliament and have been repeatedly asked to leave,” Superintendent Corrie Parnell said in the statement.

On Thursday, cops arrested 120 people as they attempted to remove the protesters, but were seen falling back later in the day as the campers refused to move.

Since the pandemic began, New Zealand has reported just over 19,000 cases and 53 deaths.

Around 94 per cent of those eligible in the country’s population of five million are vaccinated, with shots mandatory for some staff in frontline jobs.

Prime Minister Jacinda Ardern has told the protesters to “move on” – adding that their views do not represent that of the majority of New Zealanders.

“Relative to the people that are at parliament now on the very day that they’re there, tens of thousands of people went out and got vaccinated,” she said.

“It is not reflective of where the rest of New Zealand is at right now.” 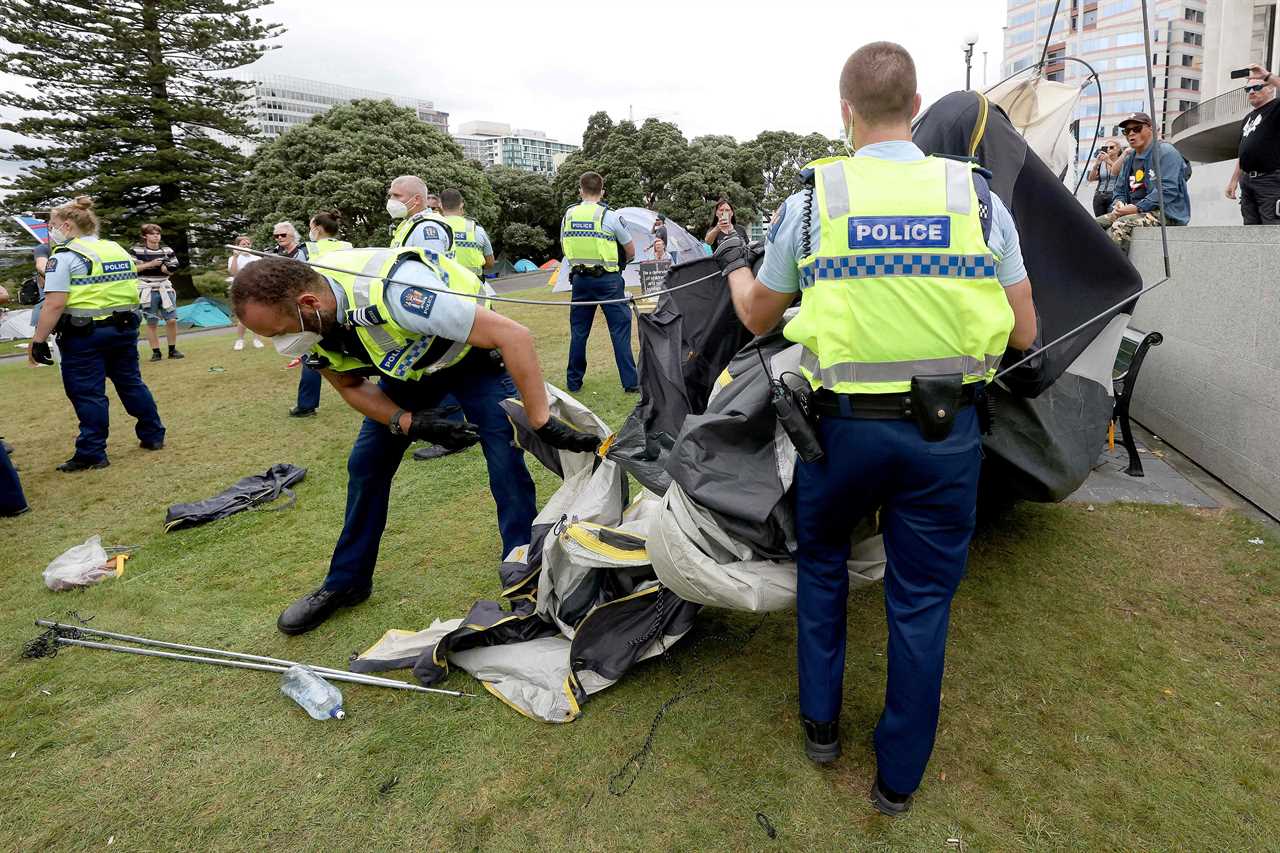 More than 120 people have been arrested 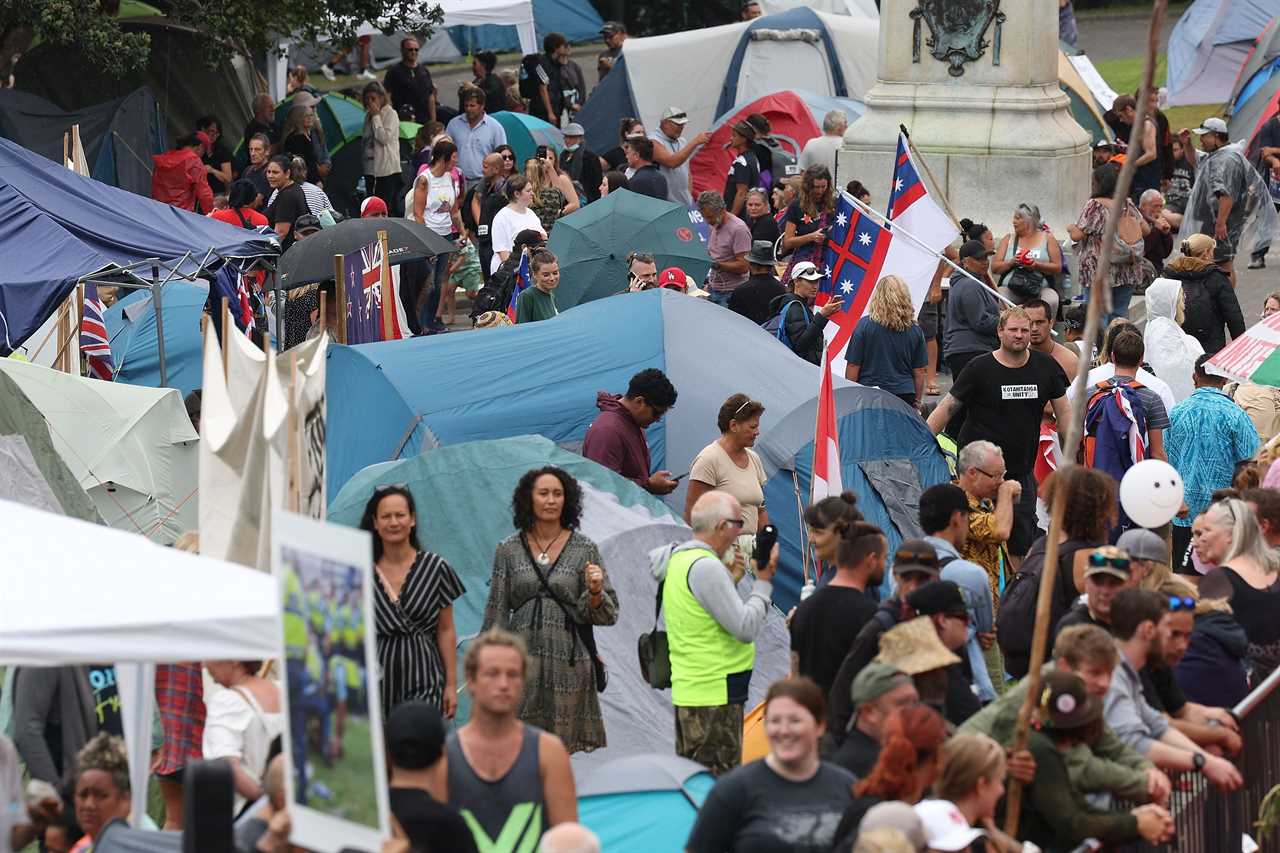 Hundreds of protesters have pitched tents outside parliament