WHEN little Marley Shaw started to limp, her parents thought she might have damaged her knee.The family took their two-year-old daughter to hospital..

WHEN little Marley Shaw started to limp, her parents thought she might have damaged her knee.

The family took their two-year-old daughter to hospital where medics conducted blood tests. 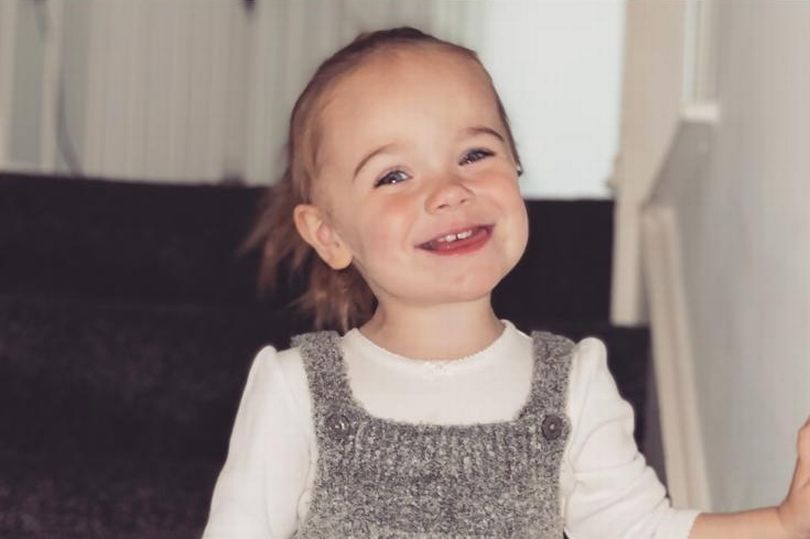 Little Marley Shaw had been complaining that she had a sore leg, so her parents took her to hospital to find the cause

To their horror, doctors told the family that their little girl’s sore leg had actually been down to leukaemia.

Leukaemia is a type of blood cancer that affects cells in bone marrow and attacks the immune system.

In most cases of leukaemia, there is no obvious cause.

It is a cancer that leads to the body making too many abnormal white blood cells and means the body is less likely to be able to defend itself against infection.

Marley, who lives in Uttoxeter with parents Callum Shaw and Charley Straughton is now undergoing treatment for cancer.

The family were given the news just before Christmas, with Marley starting her treatment at Royal Derby Hospital on December 23.

She has since been transferred and is currently receiving treatment at the Queen’s Medical Centre, in Nottingham.

Dad Callum, 23, who works as a salt miner, said the only reason they had taken their little girl to hospital was because she had been limping.

Speaking to Stoke-on-Trent Live he said: “My partner Charley was with Marley at the Royal Derby Hospital because you’re only allowed one person in with her at a time, and I was watching my rugby team play when I got a phone call saying the doctor wanted to see both of us together.

“You hear that and you know straight away that it’s not going to be good news. So we just had to prepare ourselves for it and try to think positively.

“But that drive to the hospital felt the longest drive I have ever had to make in my life; it was horrible.”

Marley will need bone-marrow tests and lumbar punctures and the family have said she’s ‘taking it all in her stride’.

They said that she has even taken to ‘bossing the nurses around’ but continues to be a ‘little star’.

Because of her treatment plan, Marley is having to spend long periods of time at the hospital.

Uttoxeter is just under an hours drive from Nottingham and generous family and friends have raised funds so that the family can stay in an Air BnB to be close to their daughter.

The original fund raising goal set up by Uttoxeter Rugby Club had been £800, just enough for the couple to be able to stay in a house close by.

But donations far surpassed that and the family are now raising money to help pay for beds and iPads for children on the ward, as well as money for the ward in general.

Marley still has to go to Nottingham each week but is now able to receive her weekly chemotherapy treatments at Royal Stoke University Hospital.

This will mean she can be seen quicker if any issues with her treatment arise.

Fundraising has now surpassed £16,000 on GoFundMe.

The family said: “We are all extremely grateful for the hard work and care of both Queens Medical Centre, Nottingham and Royal Stoke University Hospital.

“Our deepest thanks for all of your support so far, please continue to share the fundraiser and donate where possible. Thank you.”