WOMEN who live with the type of breast cancer that killed Sarah Harding are campaigning for more awareness of signs and symptoms following her death..

WOMEN who live with the type of breast cancer that killed Sarah Harding are campaigning for more awareness of signs and symptoms following her death.

Gillian Stewart was diagnosed with secondary breast cancer, which is incurable, around the same time as the Girls Aloud star last year. 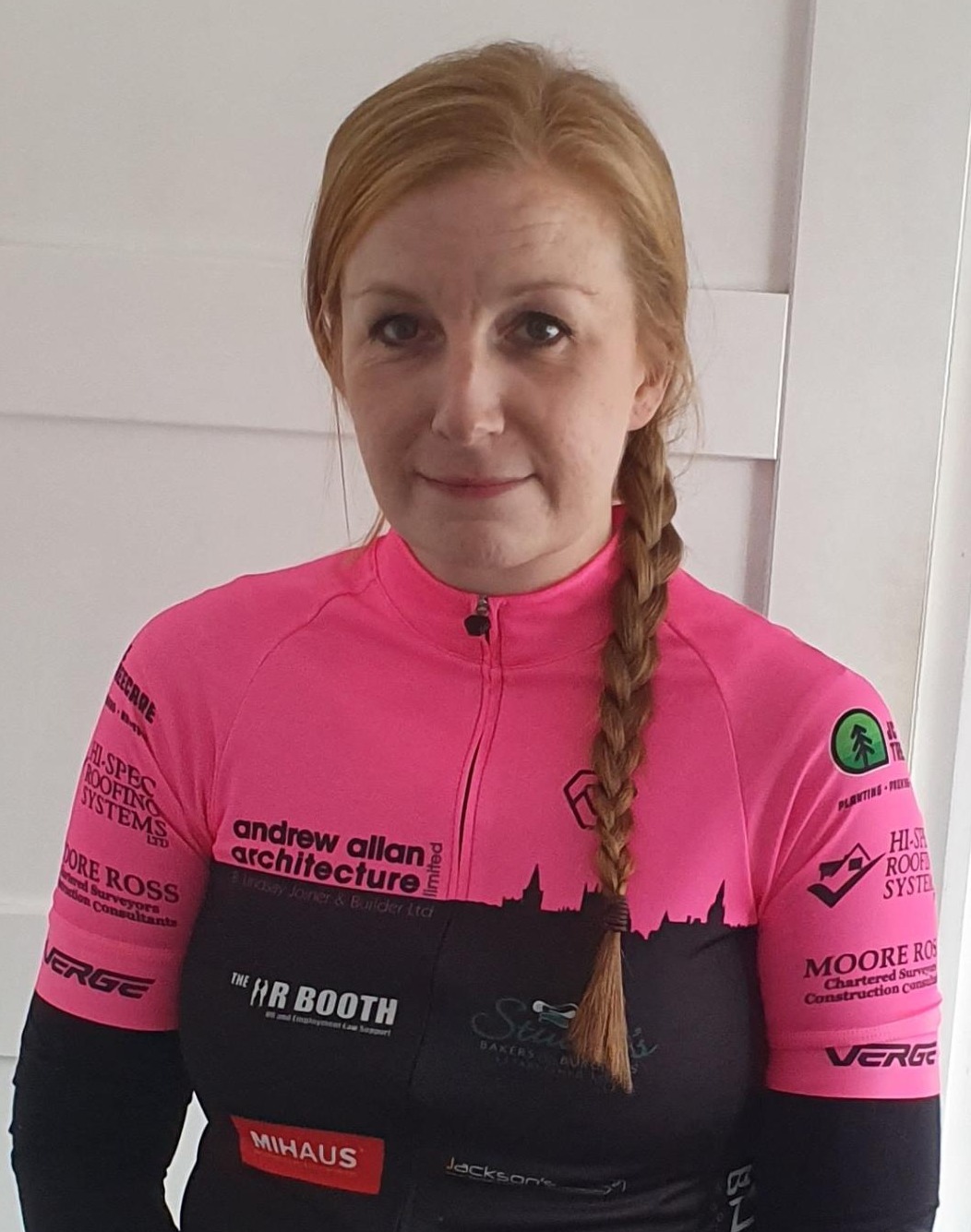 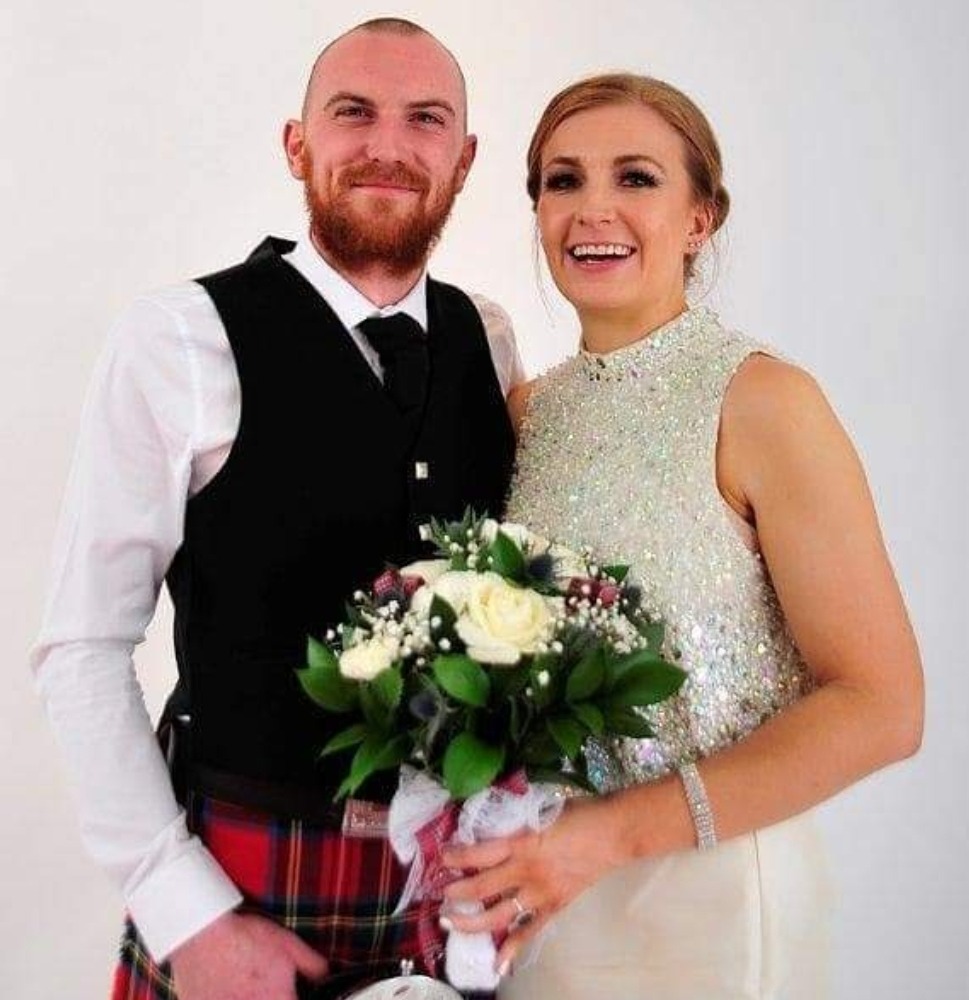 Gillian is pictured above on her wedding day with Graeme. She said she is glad she never had children as her cancer is hereditary – meaning she could have passed it on to them

Office worker Gillian is a former mountain biking champion and this year has raised nearly £15,000 through raffles and cycle events

“The news about Sarah popped up on my Instagram and it was absolutely heartbreaking,” says the 38-year-old, who lives in Kirkcaldy, near Fife, Scotland, with husband Graeme, 33, and step-daughter Dani, 15.

Gillian said that some people live for years with secondary breast cancer, but sadly, that wasn’t the case for Sarah.

Seeing the news of Sarah’s death made it really hit home for Gillian that she ‘doesn’t know how long she has left’.

She said: “Any day could be my last. It feels like a lottery. You can live for years or like Sarah, pass quickly. We all deserve more time.”

Around 35,000 women are living with secondary breast cancer in the UK and around 1,000 new diagnoses are made every day.

Symptoms include loss of appetite, nausea, tiredness, pain in your bones or fractures, breathlessness, headaches or memory problems.

Gillian was diagnosed after suffering tummy pain, which initially she put down to over exerting herself in a half-marathon. She booked an appointment with her GP in September 2020.

She explained that she had been hesitant to book in because of the coronavirus pandemic, but added that the pain had been quite severe.

“They said it was muscular but the pain spread underneath my breast area and my back so after a couple of visits my GP referred me for an ultrasound and MRI.

“I started getting horrific spasms in my back and shoulder area, I’d never felt pain like it.”

By October last year, the pain was so severe Gillian was signed off work. She was also losing weight.

In November 2020 she was diagnosed with secondary breast cancer after scans revealed tumours on her spine.

“The GP arrived at my front door just a few hours after the MRI scan and said I had to go to hospital,” she recalls.

“When they told me I had secondary breast cancer, I was shocked. I’d never noticed a lump. I thought ‘I’m going to die’. The hardest part is thinking about what you will leave behind. I thought about my nephew who is nine and how I’d miss him growing up.”

Gillian had surgery to remove the tumours and after the operation, a mammogram revealed a tumour deep in her breast.

“The specialist said it was so deep I wouldn’t have been able to feel it, which is scary. There are symptoms of secondary breast cancer that Sarah and I experienced but I didn’t know about them.

“All we hear is check your breasts and that’s great, but we also need to raise awareness of secondary breast cancer. It is incurable. You have to live with it forever.”

Gillian takes medication which put her into early menopause and reduces oestrogen in her body. She’s also had radiotherapy on her spine.

“Scans in April showed a reduction in the cancer so that’s great news,” she says. “But it’s hard not knowing how long you have left.”

Office worker Gillian is a former mountain biking champion and this year has raised nearly £15,000 through raffles and cycle events for charities including Breast Cancer Now which raise funds for secondary breast cancer.

“I’ve never been told how long I’ve got left to live. There are many different treatments to try so no one can tell you,” she says.

“Some days you just want to lie in bed and let it take you. Others days you want to life your life and make the most of the time you’ve got. I was fit and healthy but breast cancer doesn’t discriminate. It doesn’t matter how fit or how famous you are, it can still kill you.”

“It isn’t spoken about and it isn’t recognised enough,” she says. “There are treatments available which aren’t available on the NHS.

“Maybe one of those could have saved Sarah and knowing that is so awful. It makes you angry.

“It’s sad Sarah never got to fulfil her dream of becoming a mum. As I was under 40 when diagnosed, they did a genetics test and discovered my cancer is hereditary so part of me is glad I never had children as this cancer then stops with me.”

Gillian added that she had wanted to move to house with a small holding where she could keep animals, but said that sadly, this won’t happy now.

She added: “There are holidays I’d like to go on but may never go. I’m 40 next year so I don’t want to miss my 40th birthday – that’s my target right now.

“Poor Sarah probably had big plans for her 40th but sadly she didn’t make it.” 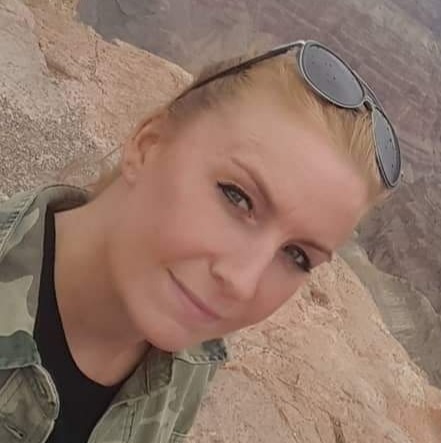