KATHY McAllister had been having bowel problems for years. The 51-year-old from Lisburn in Northern Ireland suffered from a sensitive stomach,..

KATHY McAllister had been having bowel problems for years.

The 51-year-old from Lisburn in Northern Ireland suffered from a sensitive stomach, constipation and diarrhoea, but put it down to Irritable Bowel Syndrome (IBS). 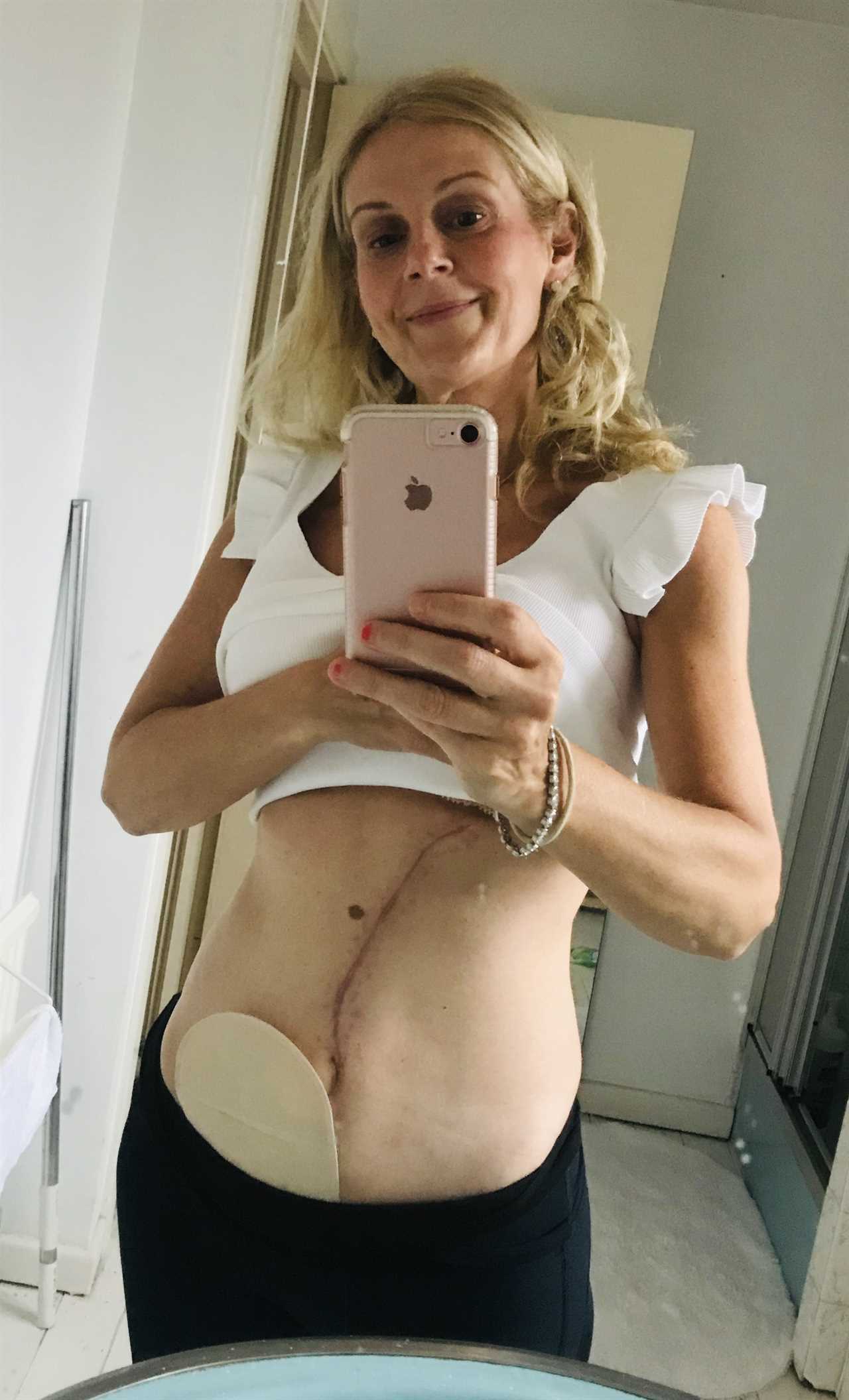 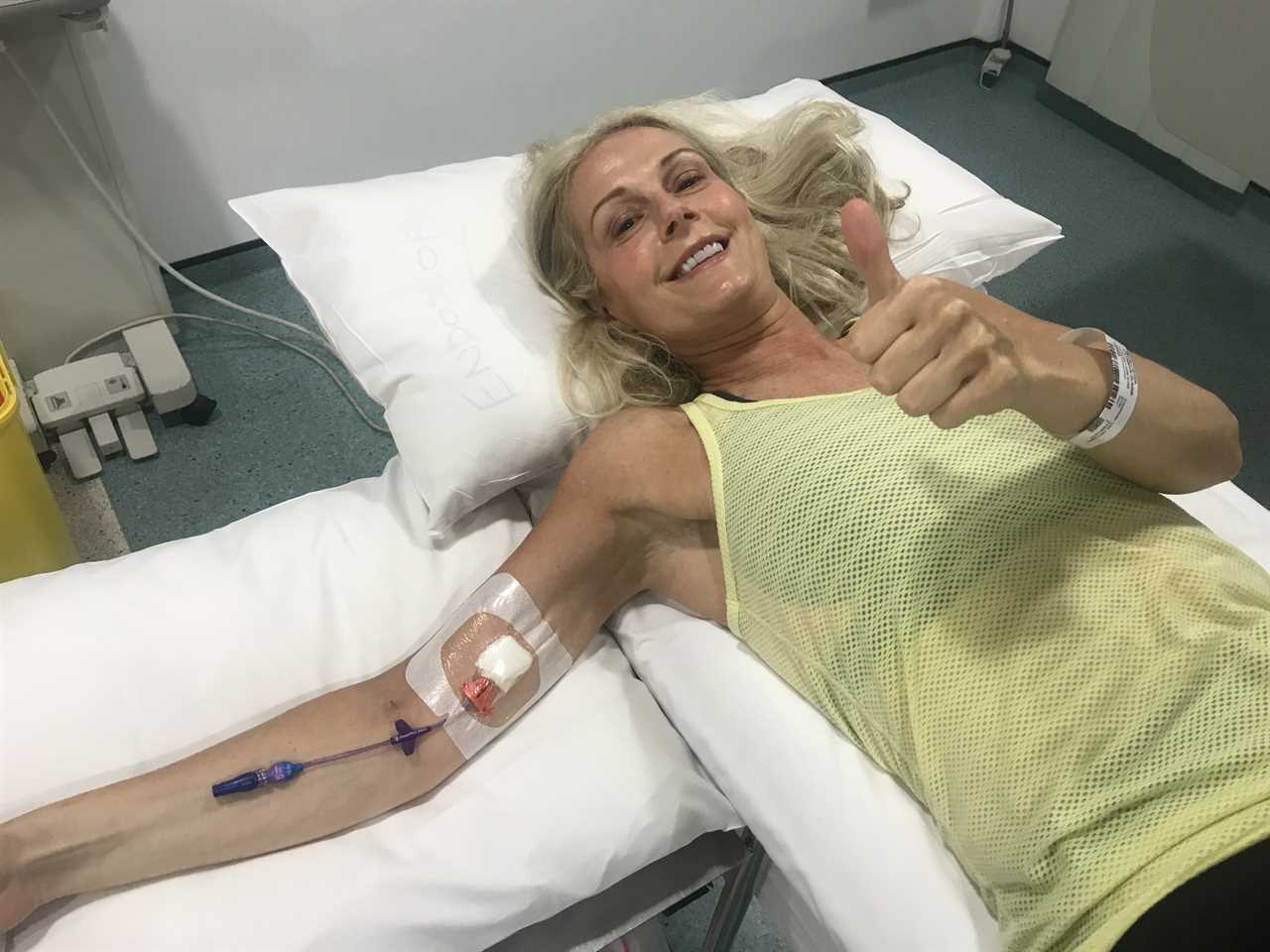 On occasion, she also saw blood in her stools, but thought this was piles.

Eventually, however, her symptoms became too drastic to ignore.

When keen runner Kathy, a former marketing director, found she was unable to go for a jog without having to rush for the loo, she knew something was badly wrong.

Tests revealed she had a lump, and a colonoscopy confirmed it was Stage 3 bowel cancer.

Kathy says: “I thought I had IBS for years. I’d suffered from classic symptoms like gas, constipation and diarrhoea, and tried to rule out foods I thought I might be intolerant to.

“Then, about six months before diagnosis, I started to get some bleeding too, which I thought was piles.

“That’s the problem with bowel cancer.

“Everyone thinks it happens to older people who have an unhealthy lifestyle, which means young people will often ignore symptoms or have them dismissed by GPs.

“The thing is, you get complacent because you think you know what’s wrong with you, and you buy over-the-counter medication to treat it.

“I’ve been told my cancer could have been growing for up to 10 years.”

Trending In The News’s No Time 2 Lose campaign called on the Government to lower the age limit for bowel cancer screening from 60 to 50 – and as a result life-saving stool tests are now available for 56 year olds and will be rolled out to everyone over 50.

In September 2019, Kathy went to see her doctor, who performed a Digital Rectal Exam.

“Immediately, the GP said, ‘There’s something there that shouldn’t be there,’” she says.

“I said, ‘It’s not cancer is it? It couldn’t be cancer?’ but she just told me I needed to go to the hospital urgently to get it looked at.

“When I saw the colorectal surgeon, he confirmed my worst fears. My world fell apart.”

Kathy had a nine-centimetre lump in her bowel which had turned cancerous and spread into the lymph nodes.

She embarked on a 25-day course of chemotherapy and radiation treatment.

“The thing is, bowel cancer is very treatable if it’s caught in the early stages,” she says.

“But if you’ve progressed beyond that stage, you have to go through all of these brutal treatments to get rid of it.

“The reality is that radiation treatment is literally burning your insides.

“I couldn’t go to the loo without taking morphine or Co-codamol first, and even then it was excruciating.

“I thought I would pass out with the pain.”

After the treatment ended, Kathy left London, where she’d lived for 20 years, to recuperate at her family’s cottage near Giant’s Causeway in Northern Ireland.

But in April 2020, just as the pandemic hit, she was given the bad news that her treatment hadn’t worked.

Surgery to remove her rectum and anus was the only option.

She would be left with a permanent stoma, which is an opening on the stomach to let waste out of the body.

She says: “I did everything I could to avoid having surgery and got a second opinion back in London, but the surgeons agreed I had to have it done.

“I just couldn’t bear the thought of living with a stoma and colostomy bag – I’ve always been very insecure about how I looked.

“I love doing exercise, and thought I was facing a future of being stuck at home.

“It was the biggest blow you can imagine.

“Waking up in hospital on my own after the operation was horrific. I felt suicidal.

“The staff were terrified of getting Covid or giving it to the patients and I couldn’t have visitors.

“I don’t know how I got through those four weeks in hospital.

“It was really frightening, like being a prisoner, and at the same time I had to deal with what had happened to my body.”

Eventually, however, Kathy started to feel better, with the support of some close friends.

Her first goal was to get out of the hospital, and get home. 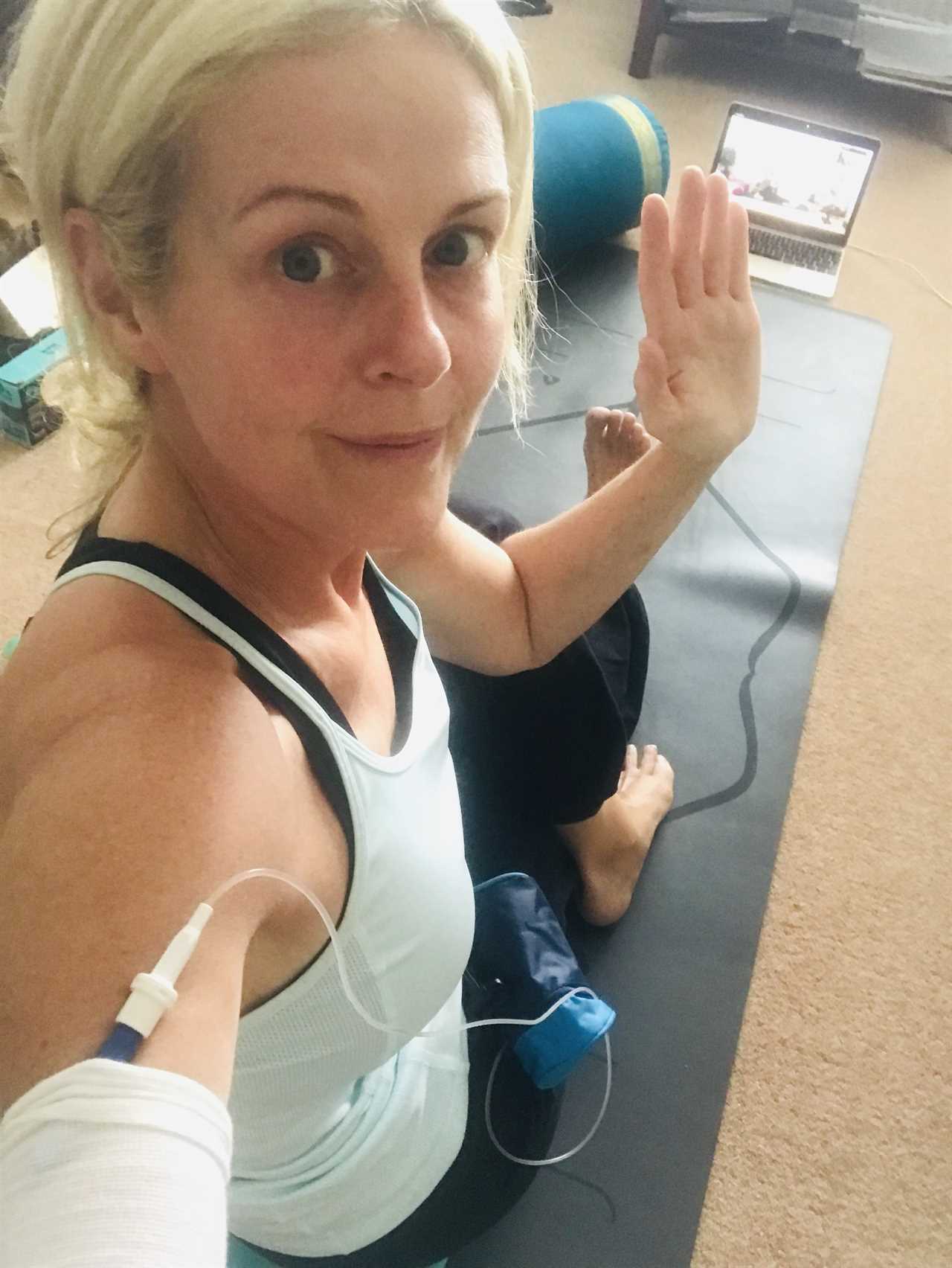 “I started to feel so grateful I was still alive.

“I’d been lying in the garden in the hot weather as I recovered, and it brightened me up.

“I suddenly felt I could deal with this after all, and that nothing had ever beaten me before.

At the same time, Kathy was inspired to launch her own campaign to raise awareness of the symptoms of bowel cancer.

“Everyone kept saying to me, ‘But how could you get it? You’re so healthy.’

“One day, I caught sight of myself in my bikini and it was the first time I’d really seen the bag in the mirror.

“I could see what the cancer had done to my body.

“The reality of it made me think, ‘What if other people could see this?’

“Perhaps it would make them less complacent about possible symptoms.”

But before Kathy could launch her Think Bowel Cancer campaign, she had more bumps in the road to overcome.

After a course of “belt and braces” chemotherapy in autumn 2020, she was relieved when a scan showed no trace of cancer in her body.

But then, on Christmas Eve, she found a hard lump in her groin.

“At that point, I really panicked. I remember thinking, ‘Is this it? Am I going to die?’ Just two weeks earlier I’d thought it was all gone.”

In February 2021, Kathy returned to hospital to have some lymph nodes removed, and tests showed the cancer had not spread.

Every scan since has been clear and she’s now having six-monthly check-ups.

That has meant she has been able to focus more fully on the future.

She’s retrained as a cancer exercise specialist, and is now set to help out others in a similar position to her.

Plus, she’s focusing her energy on launching her campaign, in time for April’s Bowel Cancer Awareness Month.

Kathy has posed for a series of shots in her underwear, to bring home what it’s like living with a stoma.

“When people see me, they just think I’m back to normal, and they don’t see the devastation underneath,” she says.

“What I’m left to deal with is a consequence of not going to the doctor soon enough and thinking it was something else.

“I want to get the symptoms of bowel cancer on everyone’s radar.”

Bowel Cancer UK did some research which showed 60 per cent of people have waited three months with symptoms until they see their doctor.

“I was one of those people – but if I had my time again I would act sooner,” says Kathy. 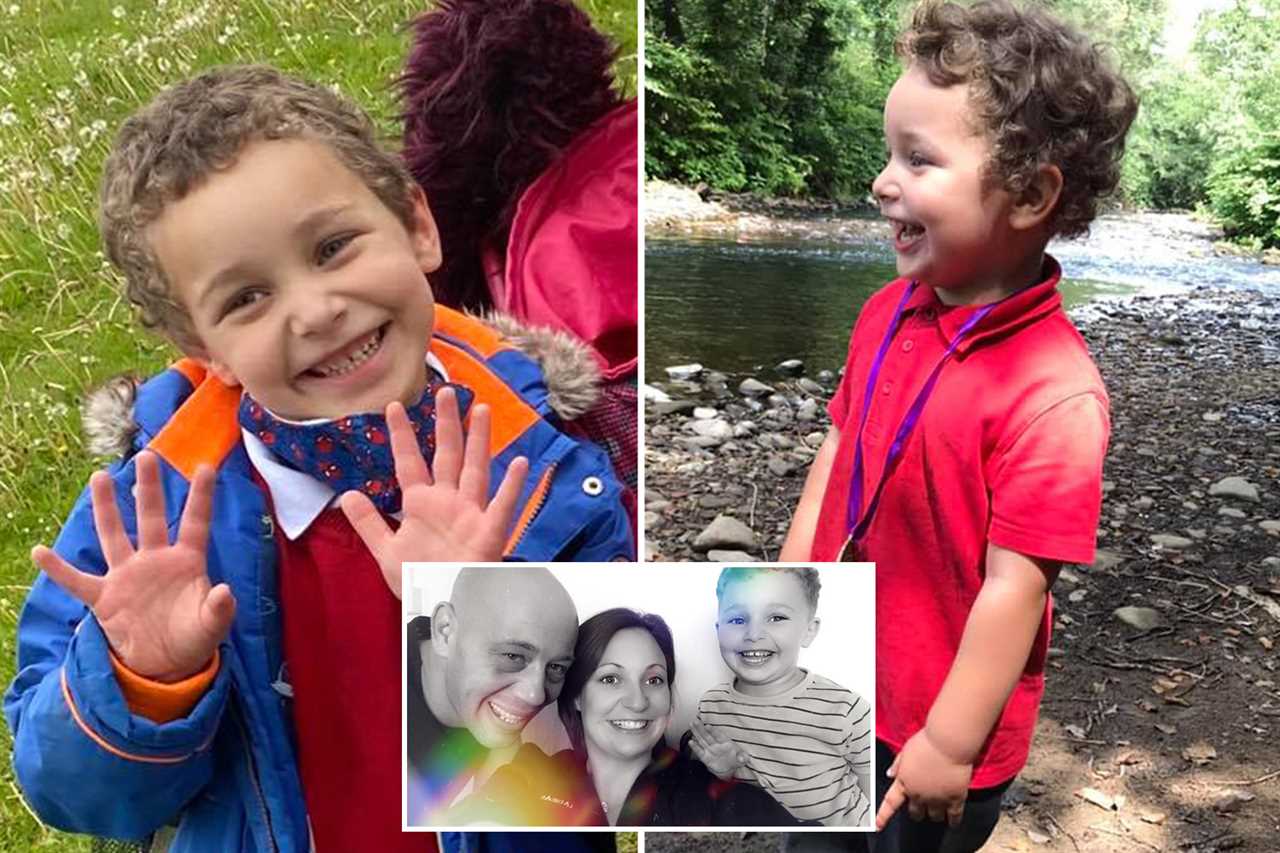 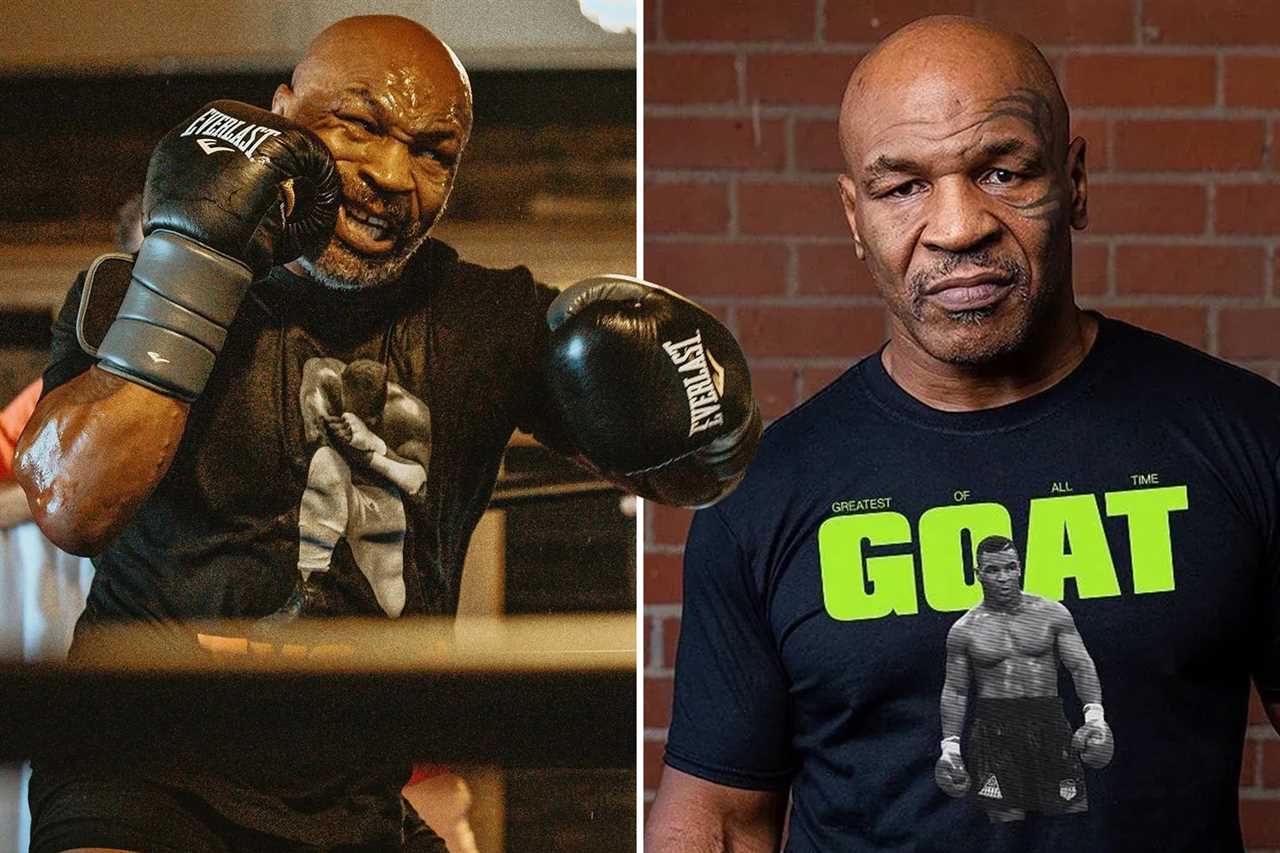 “Listen to what your body is trying to tell you, and do something about it.” 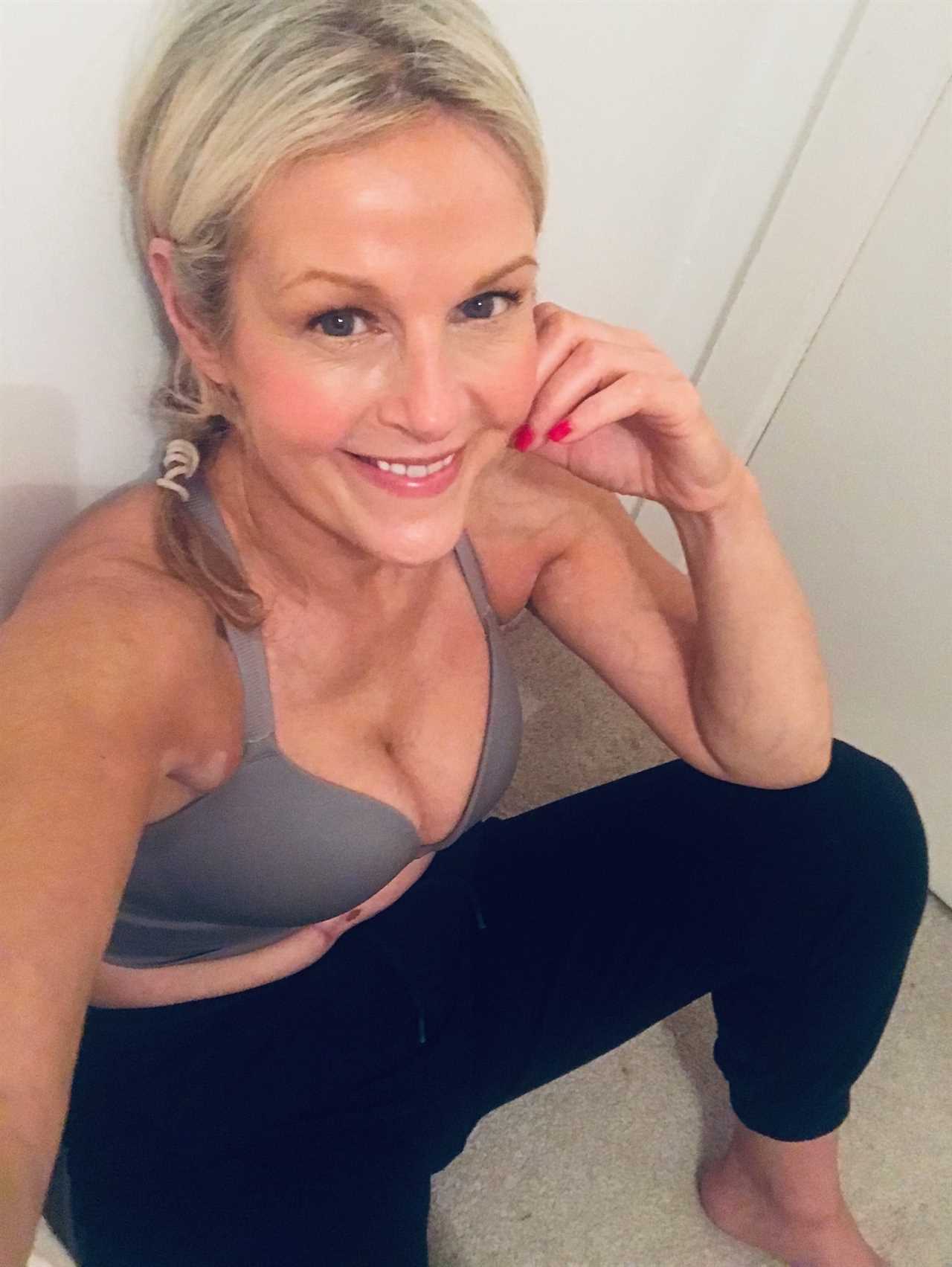 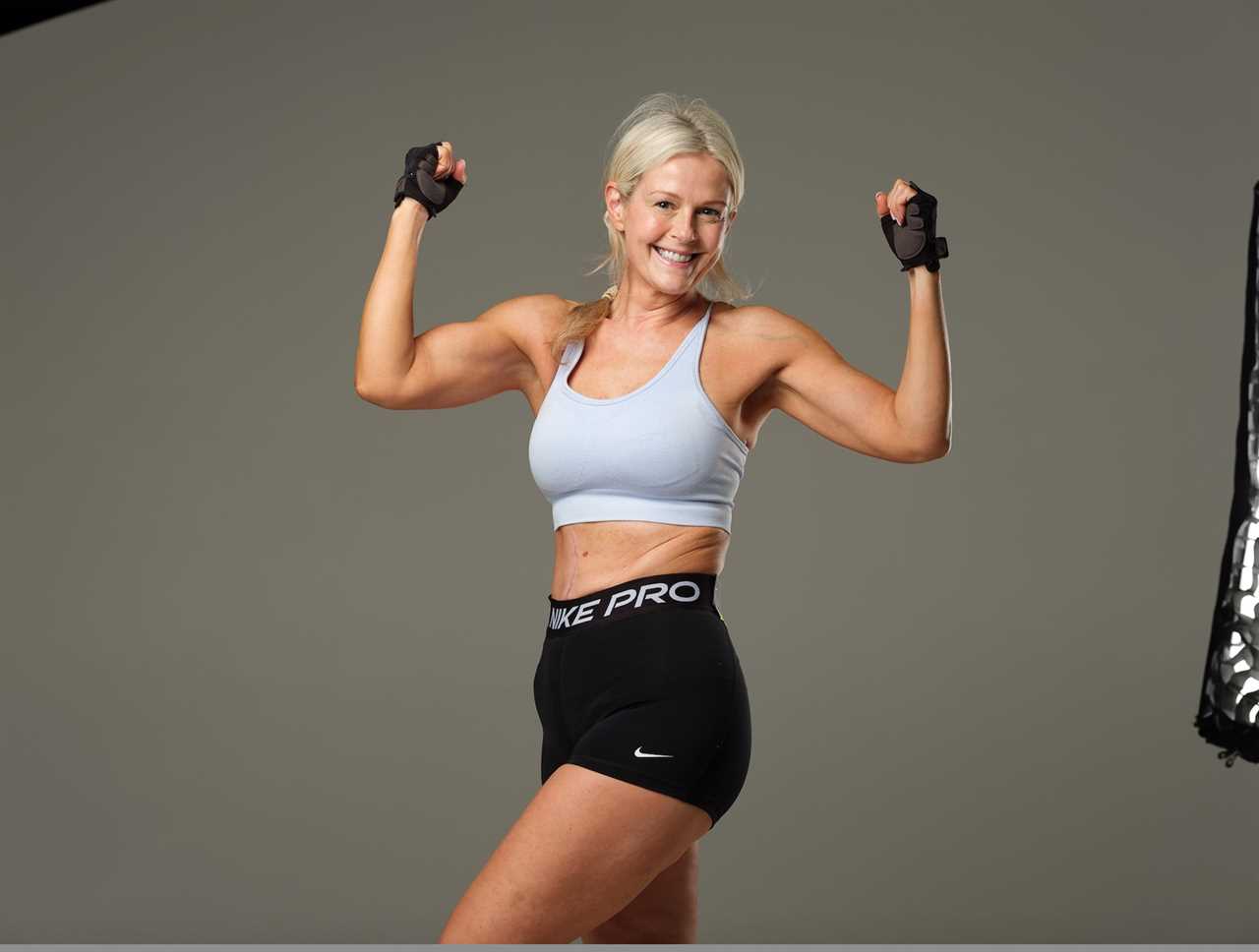 Kathy wants people to “listen to their bodies” and seek treatment for anything that’s wrong, as early as possible
northernirelandforyears